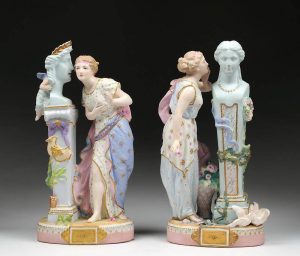 The rumormonger stealthily damages the opposition–so subtly that no counterstrike is possible until their poison has run its course. Rumormongers are great at undermining coalitions, turning allies against each other, or even sapping the will of an opposing army. Their greatest victories come from turning your allies to their side; weakening you and making themselves stronger.

Ironically, PCs are difficult targets for a rumormonger to disarm–the power of PCs in many systems is personal, and their commitment to each other is often unshakeable. Even these heroes, however, are a part of a larger society–a society that can be turned against them.

MO: You’ll probably never meet the Rumormonger; when confronted, they’re just another person passing along a story they heard from someone else. Once the situation has gone completely to hell, someone will have to step in and bring order… and do a surprisingly good job, strike just the right balance, and have their errors excused by an adoring public. Sure the PCs may try to fight the descent into chaos–but when the city agrees they’re part of the problem, when the Duke issues a writ of attainder after they failed to explain their treason (conveniently timed to be sent just after the PCs left on a quest), when the baker nods knowingly when the folly of trusting travelers comes up… you’ll know that a rumor monger has twisted a tale. 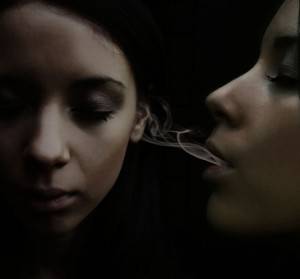 A truly villainous rumormonger is probably relatively powerful within their faction–the bastard son no one expects to inherit, the head of the merchant’s guild, the campaign manager, or the CEO with the product that every company wants to merchandise.

Turned Tables: Once the PCs figure out who has been ruining their reputation, several responses may present themselves. If widespread knowledge of the gossipmonger’s true identity is enough to defang their words, the PCs may just need to get the truth out. Sometimes the most satisfying victory comes from publicly noting how the “virtuous” positions of the rumormonger benefit them personally–even a rumormonger untainted by foreign affiliation or greed can lose their cachet if apparently driven by gain.

Who was the last rumormonger you used in your game? Was your rumormonger a villain or a lackey? How did your players deal with their mysterious foe–were they able to deduce who was out to get them? Did they have time to teach their foe the error of their ways?