Gnome Stew is an award-winning multi-author blog about tabletop games and game mastering, written by gamers and GMs. Gnome Stew started on May 12th, 2008 with a bit more than 60 registered members and 250 RSS and email feed subscribers.Â  With a focus on writing the best Game Mastering articles possible, Gnome Stew quickly became an award winning industry blog. We published our 1,000th article on September 13th, 2011 and have kept the stew fires burning bright. Google Analytics shows us that we currently have 17,000 unique monthly visitors on average and a strong commenting base with over 30,000 comments on just under 3,000 articles.

In 2016, Martin Ralya, the head gnome,   stepped down from leading Gnome Stew. When it was put to the other Gnomes what to do with the Stew, John Arcadian stepped up to become the “Head Gnome”. He has blackmail on every one of the other Gnomes in case they decide he should “step down” too.

In 2019, Angela Murray managed some leverage, likely relating to the mysterious Gnomecast 21, and ascended to co-headgnome status. Angela makes the majority of decisions and rumors that Arcadian is locked away in a room watching gilmore girls reurns are not not true.

Thank you to everyone who has joined, subscribed, read, and spread the word about the Stew.

Gnome Stew stands dedicated to the ideal of providing the best tabletop role-playing gaming articles available in the industry. With a long history and many awards for writing Game Mastering advice in its previous iteration, Gnome Stew’s current mission is to provide articles and insight into playing, running, and making games. The focus of Gnome Stew is the games we all come together to play and helping people get the most out of their gaming experiences. 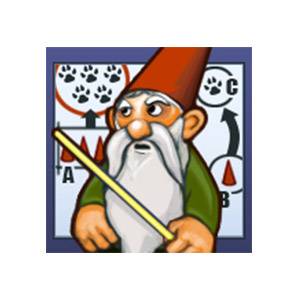 The core of Gnome Stew are the Gnomes. Go over to the Meet The Gnomes page and see who make Gnome Stew Great.

There are four things everyone knows about gnomes: We’re short, we’re lazy, we’re all Chaotic Neutral, and we aim to post 3 times a week excluding holidays.

Gnome Stew supports Gravatars – globally recognized avatars. If you already have a Gravatar, there’s nothing you need to do – it’ll show up next to every comment you make here.

If you don’t, get one here. They’re free, and lots of sites support them.

The Gnome Stew website was created by John Arcadian. Darren Hardy created our logo, and Andrew McIntosh created the majority of the artwork you see on the site.

(see more on the testimonials page)

“The prime ingredients of the site, however, are the advice and tips for what is easily the most difficult job in a role-playing game. The authors work hard to keep their posts to the blog system neutral, meaning that the advice will work for a high fantasy game just as easily as for a game set in deep space.” – Games’ Most Wanted

“One of the great things about being a game master in 2013 is the collective experience that the RPG community has gathered about running games, and the willingness of many to write about what works. Gnome Stew is one of the best in this regard; each week the blog adds new tips and tricks for game masters as well as thoughtful essays on storytelling techniques.” – Kenneth Newquist, Knights of the Dinner Table #205 (January 2014)

Gnome Stew and the GMing books we’ve produced have won and been nominated for a number of RPG industry awards over the years – many thanks to everyone who has supported the site, the authors, and our work! 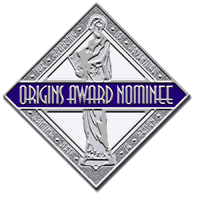 “Treasure Tables is my new favorite gaming hangout. First and foremost it’s a blog about game mastery. Gamemaster and freelance writer Martin Ralya uses the blog to post thoughtful essays on the art of running a good game and to offer reviews of GM tools.” – Kenneth Newquist, Knights of the Dinner Table #113 (March 2006)

TreasureTables.org was the precursor to Gnome Stew, a system-neutral GMing advice blog written by Martin Ralya that ran from 2005 to 2007. When Martin got burned out writing TT solo, he shuttered the site, took a break, and then recruited the gnomes to start a new GMing blog – Gnome Stew.

We wanted to preserve the content from Treasure Tables – over 750 posts and more than 7,500 comments – in a way that ensured it would be around for GMs to use for many years to come, so we moved it all here to Gnome Stew. The Treasure Tables category contains all of that content. We gave that part of the site its own look so readers would know something was different about those older articles.