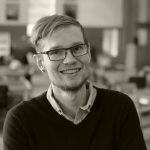 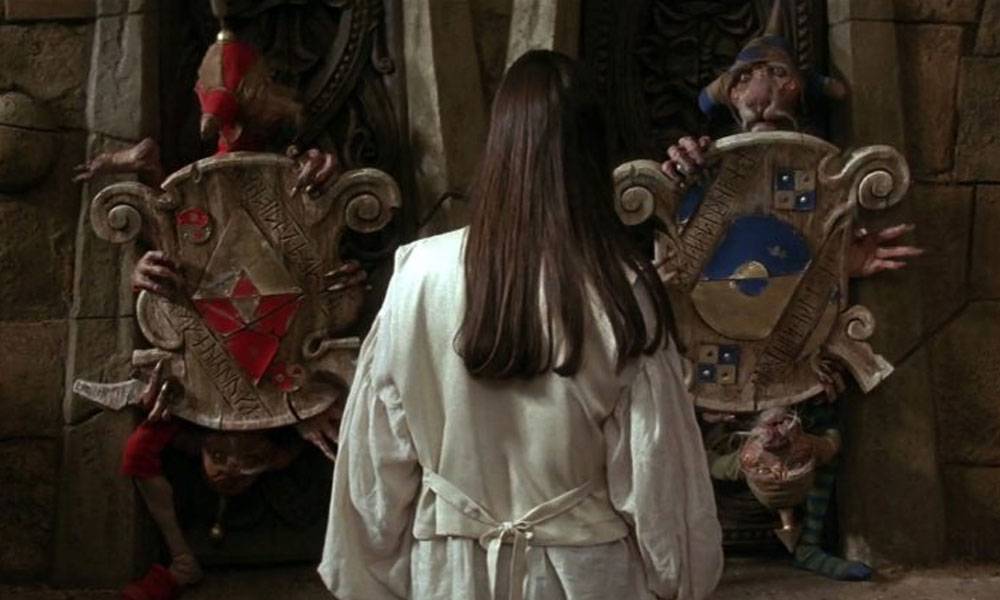 Today’s guest article, by Noah Lloyd, is about the illusion of choice and makes multiple references to the classic film Labyrinth, which hooked us from the beginning. – John “Hoggle is Bae” Arcadian

When Sarah encounters two doors, “one that always tells the truth, and one that always lies,” in the Labyrinth, why does she still wind up in the oubliette, even though her answer to the riddle seems sound? It’s not that Jareth is cruel, or thatÂ The LabyrinthÂ is just a topsy-turvy place, but that the oubliette and the helping hands are moreÂ interesting to the story.

I’d like to propose that the riddle Sarah encounters at this point in the film is an example of a “magician’s choice.” Also called equivocation, “magician’s choice” refers to a technique by which a spectator believes that a choice (of a card, an image, etc.) is freely theirs to make. Risking exile from the halls of magicians the world over, allow me to give you some insight into this simple technique, and how we can incorporate it into our own roleplaying games.

The long and the short of equivocation is that, no matter how much freedom a spectator believes they have, they wind up choosing the precise card the magician needs for the trick to continue. This can be accomplished in a few ways. In a classic example, the magician has contrived the situation so that a card you selected earlier in the trick is now card A: 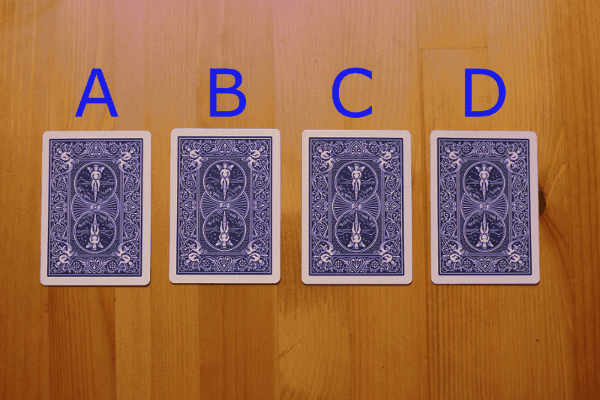 For argument’s sake, let’s say you pick B. The magician might then say, “okay, interesting, we’ll remove that card from the table.” You now have three options. A, B, or D? You select C, and same thing, C’s taken off the table. But here comes the interesting part. When you next pick A, the magician tells you to leave your finger on the card. “So that’s your final choice…” they say, taking D off the table. And, magically, there’s your card, freely chosen.

Did you see what happened? When you selected A, instead of removing it from the table like they did with all the other choices, they removed D, changing the logic of the choice on the fly, brazen as anything. (Before you go saying, “Oh that’s so simple, that would never work…” trust me, it works.)

Do I even need to mention that if you select A as your first card, all the magician has to do is smile?

The Magician’s choice works because you don’t know what to expect at each step: when you select a card, the magician hasn’t told you beforehand that the card will be removed or stay, nor do they tell you if the rules will work the same on your next choice. Instead, they change the rules at will, depending on your selections.

What’s important here is that the spectator selects a card that’s necessary for the trick to continue. Because the card is important, the spectator feels empowered, or even magical. Similarly, we should use this technique in games when the result of the choice is going to advance the narrative, or prove important to the characters in some other way.

A few things are important for us to take away from this example. If we can meet these criteria, we’ll have accomplished our goal:

How it Looks to Players

The Magician’s choice works because you don’t know what to expect at each stepÂ
How, and why, should we adapt this to our GMing? The magician’s goal is to make the spectator feel magical (not the magician). The spectator should feel like they’ve selected their card by fair means, not been controlled by the magician. To players, a magician’s choice should look like the choice Sarah faces halfway through The Labyrinth (“She should never have made it as far as the oubliette!”). The choice is never arbitrary (not like our card selection example above), but behind a memorable challenge, like Sarah’s riddle.

As GMs, our jobs are even easier than the magician’s–we don’t have to change the rules anywhere along the way or remove any of the options the players ignored. Whatever road they take, whatever door they open, the helping hands (which we spent all morning prepping for) wait on the other side.

Always make the choice important to continuing the story. In The Labyrinth, Sarah’s encounter with the riddle marks a chokepoint in the film, and in the labyrinth itself, funneling the story from aboveground to belowground. It’s an important turning point in the film and in Sarah’s development. The result of the choice we craft for our players should have an impact on the rest of the adventure–there’s no going back.

The question, of course, is why bother? Why put two doors at the end of a hallway when you’ve only prepped one room? It’s all about, as a friend of mine put it, “the illusion of choice.” Significantly, the players (your spectators) should never realize what’s going on. And that’s the thing about illusions, they add depth to the world (“there were more doors you could have opened, more roads you could have taken”) without adding to a GM’s limited prep time.

This is essentially the classic advice that if your players decide not to go into a dungeon, don’t throw away your prep for that dungeon. This is equivocation, but temporally delayed instead of spatially. So long as the players go into a dungeon, someday in the future, they’ll always wind up in the selfsame crypt you prepped all those sessions ago.

For Sarah, and for anyone else watching The Labyrinth: what’s on the other side of the door Sarah didn’t pick? The answer is better than “we don’t know,” or even “certain death,” the answer is worlds of wonder we’ll never see.

The Railroad Accusation, or, Maintaining Consequences

Â what’s on the other side of the door Sarah didn’t pick? The answer is…Â worlds of wonder we’ll never see.Â

I can hear some of you shouting at your computer screens that this is simply another kind of railroad. But is it really? Players dislike railroads because they feel like they can’t affect the world. Unlike most railroads, this choice feels like it has consequence: that’s the real value of a magician’s choice. When the door locks behind the heroes, or vanishes altogether, the hallway stretching out before them, dripping with blood, feels ominous and consequential (even though the other door led to the same hall).

Note that I’ve said nothing about leading players to a magician’s choice, or about restricting their agency after making their choice. Their ability to influence the world on either side of the choice is deeply important to maintaining the illusion–another reason why we only use these choices around important moments.

A Recipe for Magical Equivocation

Try this out at your table sometime, like a wily old conjuror. And let me know how it goes…

6 Responses to Magician’s Choice: Using an Age-Old Conjurer’s Trick at the Table