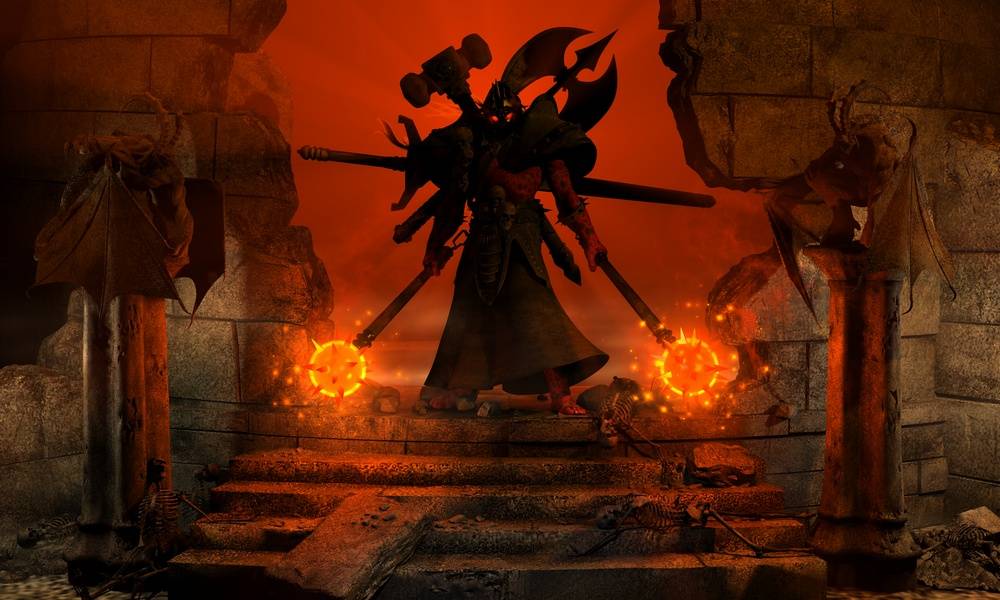 Yeah, dominant can mean that guy too.

They’re easy to spot when you start playing. Confident and forthright or pushy and obstinate, they’re often the first voice the GM hears. You certainly can’t ignore them. Dominant players are difficult to miss and they end up being either a blessing or a bane at the table.

At a recent convention, I ran a one-shot of Nights Black Agents that didn’t go as well as I had hoped. I had run the scenario before, but the previous run had been with four players that worked well together. At the con, I had a full table of six players and for a variety of reasons, they didn’t gel into a cohesive team. Almost immediately in the scenario, they ignored the clues that were in front of them and started going in drastically different directions from one another. They were definitely not embodying the tight team of elite mercenaries that were on the character sheets. While I try very hard not to railroad players, I still had to resort to some ungentle nudges to keep the game moving forward. As it was, we ended up having to handwave much of the big finale fight with the vampire villain because it took so long to get to him.

That wasn’t the worst problem, though. Because I was so frustrated with their lack of cohesion and how often they were refusing to look at the clues they already had in hand, I missed a social dynamics problem at the table until it was too late to fix it. One of the players was talking over the other players, not listening to them, and outright stealing ideas on occasion. This was the bad kind of dominant player and I had missed how frustrating his behavior had become to the rest of the table.

Now, understand, dominant players are not always a bad thing. In fact, hopefully you usually get a good dominant player. These are the folks that make the GM’s job easier by offering a natural leadership that pulls the rest of the players into the game. They’re often the rainmakers who can take a tiny seed of an idea and grow it into one of the best plot threads of the game. When they’re good, they’re inclusive with the other players and always helping push the game forward. The best ones I’ve ever played with keep me on my toes and challenge me to be a better GM, and I know they’re making the game something even better than I could do on my own.

The best ones I’ve ever played with keep me on my toes and challenge me to be a better GM, and I know they’re making the game something even better than I could do on my own.Â

When they’re a problem, though, they’re still taking that leadership role and demanding attention, but they’re not doing it for the benefit of the table. Sometimes it’s a matter of being a spotlight hog and wanting all of the GM’s attention during the game. Occasionally it’s an arrogance that dismisses the ideas of the other players and pushes them aside because they think they know better. There can be varying levels of this, but eventually it will frustrate the other players and create a social dynamic that will be untenable in the long run.

As a GM, it can be difficult to realize when this is happening. In my case, I was so caught up in trying to make sure the players actually had the information they needed for the plot that I wasn’t realizing how problematic that particular player was being. It’s important that we TRY to keep tabs on the social dynamics at our tables, but it doesn’t mean it is easy. When you’re trying to handle the adversaries, all the NPCs, the entire world of the game while keeping it moving forward at a reasonable pace, and keep the spotlight moving around the table, you can sometimes miss the little clues that will let you realize you’ve got a problem.

The moment you realize you do have a problem, step in and try and fix it. Be more mindful of how that one player is dominating the game. If they’re a regular player, have a talk with them after the game and maybe you can nudge them into being a more beneficial dominant player. During the game, keep the spotlight moving and be aware of when the bad dominant player is getting up to their old tricks. If you can’t get them to work on the problem, maybe consider asking them to find another game to play.

For players, you need to stand up for yourselves and each other too. When you see someone getting pushed aside or talked over, absolutely speak up. Maybe you’re not comfortable taking that domineering, leadership role yourself, but you can still defend and support everyone at the table. Occasionally those dominant players may not even realize they’re being that big of a problem and just need a nudge to remember it’s a cooperative game for everyone at the table.

Hopefully, all your dominant players are the good ones. When you’ve got a good one at your table, you know your job is easier and the game is going to be a good one.

1 Response to The Dominant Player