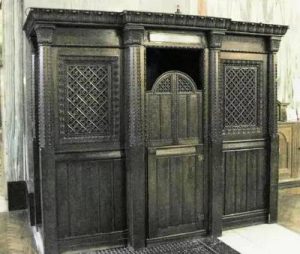 If you’ve been running online games for any length of time, well, you may have made a few missteps along the way. At least I have. Some were the kind of mistakes that any GM could make, and some were more particular to online games. So this column will be kind of a GM’s examination of conscience. Don’t worry, it won’t be a cringe-inducing tell-all. Just a chance to look at some major lessons I’ve learned over the years, and hopefully to provide you with some food for thought. Here’s some things I’ve learned:

SAME DAY AND TIME, EVERY WEEK
As a group of adults, we danced around our busy schedules for a few years. We’d shift the day of the week or the starting time to try to get EVERYONE there. In trying to accomodate everyone, we just created chaos. One player eventually left the group partially because of the varying days and times.

We don’t do that anymore. We run on Thursdays and if people have to miss a week or so because of other commitments, that just happens. If too many people are out, we skip that week. Unfortunately accomodating everyone is just not realistic. (As an aside, I’d also recommend you keep sessions to a reasonable length for working adults. 2-3 hours weekly or bi-weekly is probably a reasonable commitment.)

TAKE A BREAK
When I first started running, I would run EVERY week, afraid that if we had a gap I would lose my players. That’s a recipe for burnout, and you also need to make sure you are maintaining the non-gaming part of your life as well. On the other side of the screen, I suspect some players would come on weeks when they really shouldn’t have, perhaps afraid that they would lose their spots.

These days I will sometimes run 2 or 3 weeks in a row, but I always schedule at least one or two weeks off a month. While gaming can be an escape from everyday drudgery, you don’t want it to turn into drudgery itself.

HAVE A CRITICAL MASS OF PLAYERS
Sometimes when you have a tight group of three or four people, it can get comfortable. The trouble is that folks can’t make it every session, and sometimes people have to step back temporarily or permanently. It’s not you (more below), it’s just life.

Now I try to have between 5-6 players at all times. If someone has to leave the group indefinitely, I ask around and try to fill their slot. Early on, finding online players was a little more difficult. The technology and experience was new. However, now it is a much more mainstream way to game, and getting people to try it is much easier. (Even one of my sports-nuts friends has mentioned trying to sit in on a session.) Five to six players means that even with cancellations, you will generally have at least three people at most sessions. For me, that’s a nice number to run through a scenario. I wouldn’t go any higher than six, because sometimes the audio quality gets dodgy with too many people in the conversation.

DON’T TAKE IT PERSONALLY
The rise of social media has certainly spilled over into the gaming community. Some of your players will like a lot of between session chatting, others won’t. Don’t take it personally. Some of my players rarely communicate with me between sessions, but still show up regularly. They are there for the game and not the peripherals. Again, having a critical mass of players helps in this regard. If you like a lot of between session banter, at least one or two folks will be up for it.

AVOID THE SHINY
This isn’t original with me or unique to online gaming. But it is still good advice. For the most part, you should avoid too many campaign reboots, rules changes, or genre switches in your regular game. It’s much better to work around any quirks in your particular rules system (or post some house rules) than to ask folks to change editions or systems frequently.

Now, some groups may be fine with an occasional one-off in another system or genre. In general though, if you’re dying to run something different, you may want to just run it at a different time and send out a general invite to your social group. While your regular players may want to play, they won’t feel obligated to play something they are not interested in.

CONCLUDING THOUGHTS
Obviously these aren’t the only mistakes I’ve ever made as an online GM. (Ask my players, I bet they have a list!). But I suspect that having a reliable game, with a consistent ruleset, and being understanding with your players will go a long way. You too can be an online GM for fun and profit. Well, for fun anyway.

What did I miss? What needs a little more detail? Fill us in below.

6 Responses to THE ONLINE EDITION: Lessons Learned the Hard Way