When the DM for my D&D 5th game, Mark Middleton, asked if we had read any official WOTC books, I told him I had gotten a review copy of Storm King’s Thunder that I hadn’t yet dove into, but was planning to review. He asked me not to, since this was the next arc of our campaign. Seeing an opportunity to get a DM’s perspective of the book in play, I asked for 3 extra levels and a review for the site in return for not reading the product. I still haven’t gotten those 3 free levels… but here’s the review Mark wrote of Storm King’s Thunder, with a bit of player commentary on what the game has been like so far. – John 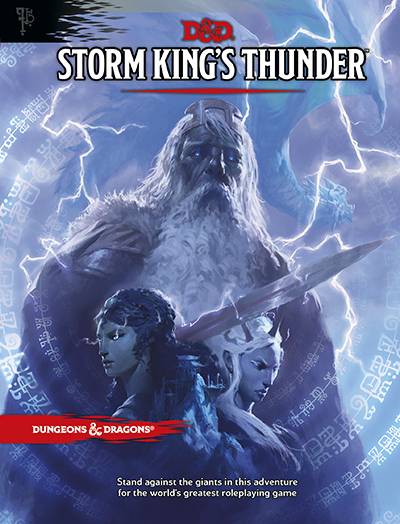 Storm King’s Thunder is the latest D&D 5e hardbound book from WOTC. This mega-adventure has an interesting plot, a great wealth of material, and lots of villains as well as potential allies. Storm King’s Thunder works as a Dungeon Masters reference, similar to the other hardbound mega adventures WOTC has published thus far. It is definitely their best effort to date. As with the other adventures, it is set in Ed Greenwood’s Forgotten Realms and this one delivers many epic battles against Giants of all types. The chapters are structured to take a party from 1st to 10th level. An introductory chapter advances a party from 1st to 5th level while the rest of the book takes them from 5th to 10th level. The first half of this article will be a traditional review; the second focuses on how I am implementing it as Dungeon Master in a campaign. 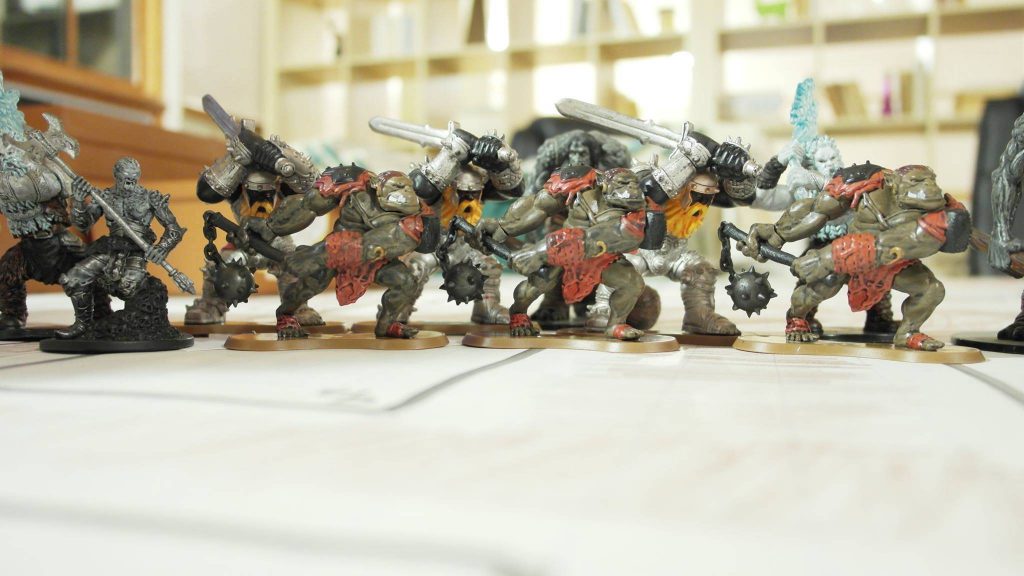 Storm King’s Thunder calls for many fights against different types of giants. 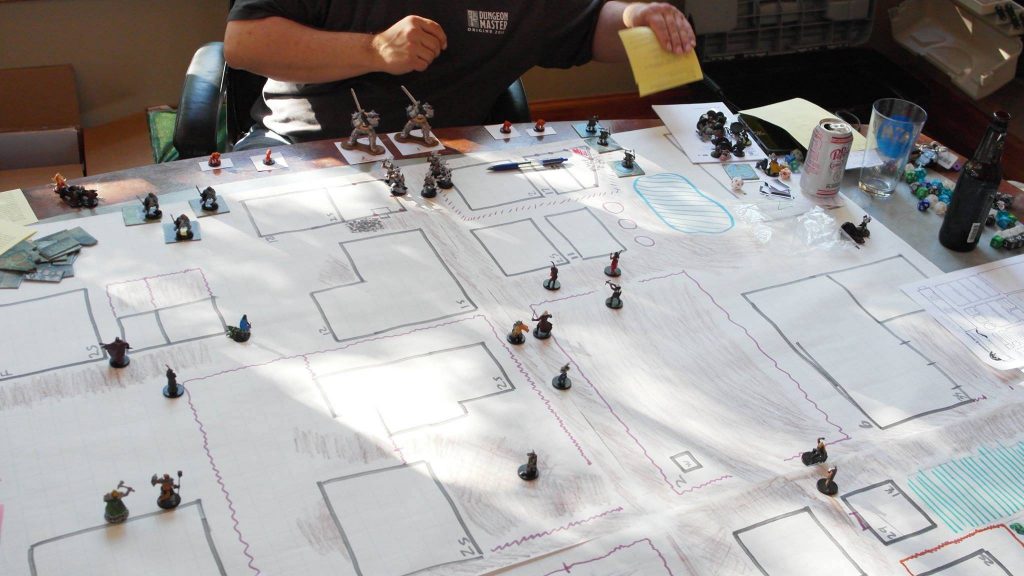 A picture of the map at the beginning of a fight against fire giants and their minions.

Comments on the Appendices 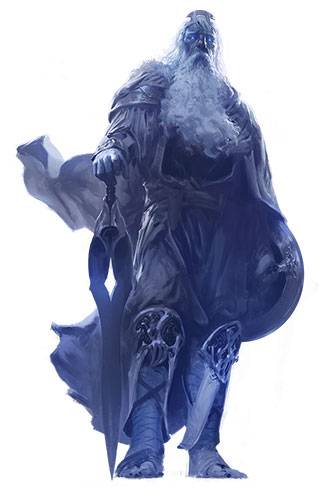 There are great ideas here. However, it seems odd to use some of them as written, such as the Cloud Giant that is transporting a white dragon and cult of the dragon allies.

The magic items and their abilities are fine. I expected, and I suspect many readers will as well, “rune” magic to be a rules expansion. Use of the term rune to describe some magic items was a big disappointment. The extra ability to make a permanent magic item or area is nice, but still underwhelming.

I liked the monsters described. Bringing in old favorites such as Tressym and Yak folk was a good idea. The extra giant combat options offer nice flair and improve the combat abilities of each kind of giant.

The NPCs are fleshed out well and the concept to use them is fine. However, it would have been much better to have additionally published the group of temporary party member NPCs as a downloadable PDF to make using them easier for the players to run, rather than requiring the use of a copier or manually rewriting.

Use in a campaign 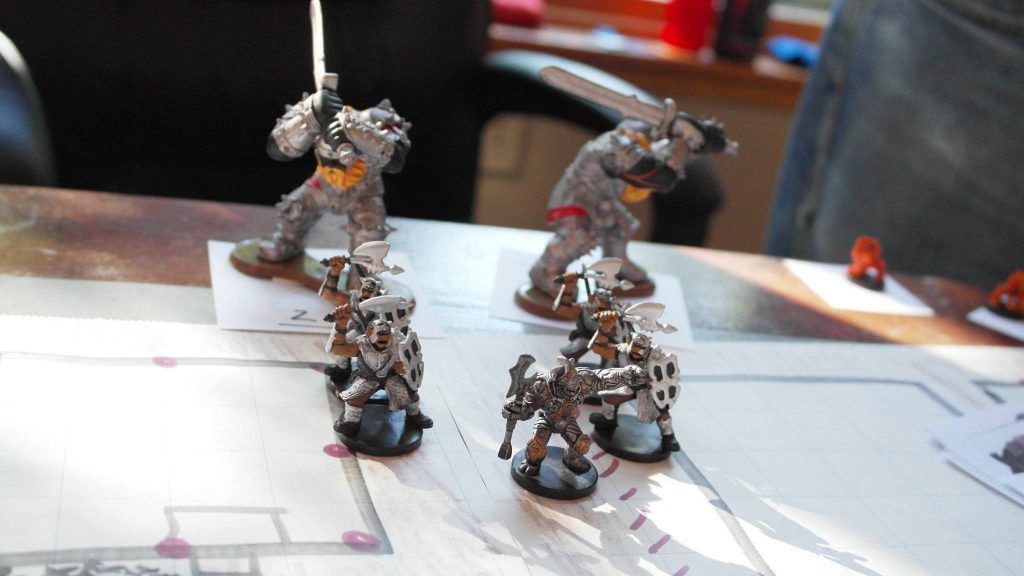 From John: Being a player in this campaign, and a long time Game Master, creates an interesting perspective on how the module runs. From a player’s perspective, the adventure provides an incredible opportunity to face off against incredible challenges and fearsome enemies. Though the challenges are huge, the rewards are as big and the adventures are fun. The structure of the adventure (from what I can see of it as we play) has many built in elements and it is somewhat necessary to follow along with the plot, though there are more than enough reasons to pursue what is going on within the world. The theme and story is interesting to uncover, and it isn’t a hard sell as a player when you hear you are going to be fighting giants. Storm King’s Thunder provides what feels like a quintessential D&D experience, full of epic battles and great rewards. As a player, there is plenty of opportunity to pursue your own goals and options within the framework, and the backdrop of the story keeps you engaged with interesting elements.

Have you played or run Storm King’s Thunder? What are your impressions of it? What questions do you have about the product and how it works?

We provided the review copy of Storm King’s Thunder to our reviewer, but the battle we had against fire giants was so epic, we wanted to help you recreate it. So, instead of giving away a copy of the book, we are giving away two unpainted Bones fire giant miniatures from Reaper Miniatures. We purchased these to give to you, and no compensation from Reaper was provided. WOTC provided us the review copy of the book which went to the reviewer. The two miniatures we are giving away are Skorg Ironskull, Fire Giant and Vanja Fire Giant Queen. Whoever wins these, go make an awesome and epic battle for your players! To be entered, all you have to do is leave a comment here before November 3rd. We’ll reach out then and get shipping details. 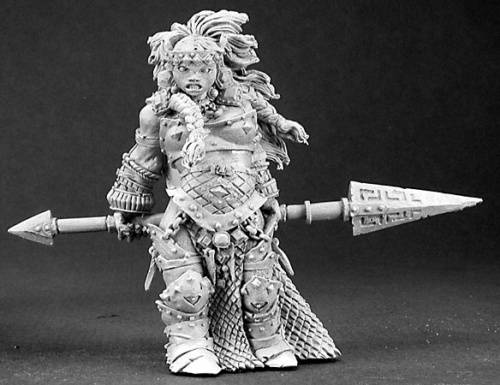 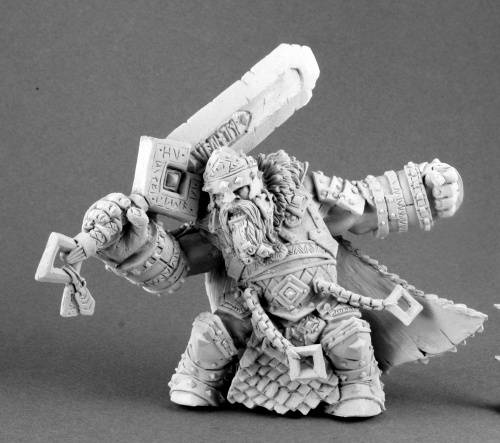 Mark Middleton has been playing D&D since 1976. He has since played and DM'd every edition. Starting with AD&D 2nd Ed he was part of the TSR playtesting team under Jon Pickens into the 90's, playtesting many major products produced during the period such as the SpellJammer and Dark Sun Campaigns. Mark provided the spells as word files for the 2nd Edition Spell Compendium series of books by TSR. Mark has written 5 D&D modules and cowrote 1 module published by the RPGA Organized Play campaigns. By day he is an IT Project Manager.