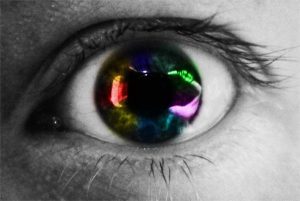 The last thing a game master wants is for parts of his or her carefully crafted world to be immediately forgotten or dismissed. This is especially true of NPCs, but sometimes it can’t be helped. If an NPC is only there to sell the party a new sword, a fresh horse, or a set of fancy clothes for the upcoming festival party, then chances are the players will simply dismiss the NPC. GMs can be guilty of this as well, and this is fine if the NPC’s sole purpose is to finish off a transaction with the PCs.

However, many GMs want a deeper level of immersion for the players in as many different facets of world building as they can pull off. When someone approaches a typical GM about “world building,” the typical response falls to thoughts of terrain, cities, ruins, dungeons, creatures, key NPCs, races, classes, and the like. Rarely does someone invest a great deal of time into what I call a “transactional NPC.” These are NPCs that exist merely to exchange hard-won treasure for a new piece of equipment or to bump the PCs toward the right direction in the storyline.

Because these NPCs are often on the stage with the PCs for a very brief period of time, it doesn’t make much sense to do a deep dive into the background, motivations, characteristics, stats, fears, and goals of these characters in the game. The return on investment just isn’t there. I am just as guilty as the next GM in not pumping huge amounts of time into the shopkeepers of the world… unless that shopkeeper is going to play a pivotal (or recurring) role in the story we’re telling.

Because of the lack of spotlight on these characters, we don’t want a full dossier on them. However, they are getting some of the spotlight, so we want a feature or characteristic to catch the players’ attentions, just for that moment. Think about how long the NPC will share the stage with a member of the party. There’s no fine-tuned equation on X minutes equals Y details, but the more the NPC will be around, the more details you want to provide about the character.

There are a wide range of things you can add to an NPC to catch the players’ eyes. These range from a strange hair color or style to odd clothing to an accent to a scar or a lazy eye to tattoos to some physical handicap. These slight alterations to the “cookie cutter NPC” break them out of the cardboard cutout mold, and give them some flavor or unique quality. For some starter ideas, you can search the World Wide Web for “list of physical characteristics” and see where that leads you. There are oodles of lists out there, and none of them are complete. All of them are immensely helpful, though.

These details can, and should be, let loose on the players over time. Perhaps a new detail comes to light with each encounter the PCs have with the NPC. Another way to do it is to hold back on some details, and if the players really start to engage with the NPC, then more information can come to light. Even changing details (such as an initial limp that now seems to be better) over time can bring temporal life to your world.

There is a danger with adding these touches of detail to your NPCs. Players are trained to hook into details and imagine someone is more important than they really are. If you add five details to the local blacksmith, but only three to the local crime lord, then the players will immediately be more interested in the transactional NPC instead of the archenemy you spent hours toiling over. Make sure you don’t overdo it, because the story you end up telling might be different from the one you had outlined for the game.

However, here lies the fun of running an improv game where you lay out a few details and see which one(s) the players hook into. It can be immensely surprising and enjoyable to realize that the tavern guard’s lazy eye that always wanders toward the sword on the wall behind the bar leads the party to think there’s something special about the sword. Likewise, a sudden wound or scar appearing on a well-known transactional NPC can lead to an impromptu quest for vengeance upon the person who created the scar or caused the wound. If the thought of improvising a game based on a minor characteristic to an NPC shakes you up a little, I can highly recommend Unframed by Engine Publishing as a source to assist you in mentally preparing for an improv game.

Like most of your world, the NPCs around the settings aren’t static. They change over time along with everything else going on. If you want to convert a minor NPC to something more, simply pull out some details from your web search mentioned above and add some into the character. By building up and adding to the character, the PCs are sure to catch on and will be super intrigued by the alterations going on. I advise you to avoid the info-dump, though. If you suddenly add five or six new details to the local cheesemaker the next time the PCs run into her, then they’ll feel the heavy-handedness of this approach. Be subtle. Be cunning. Be creative!