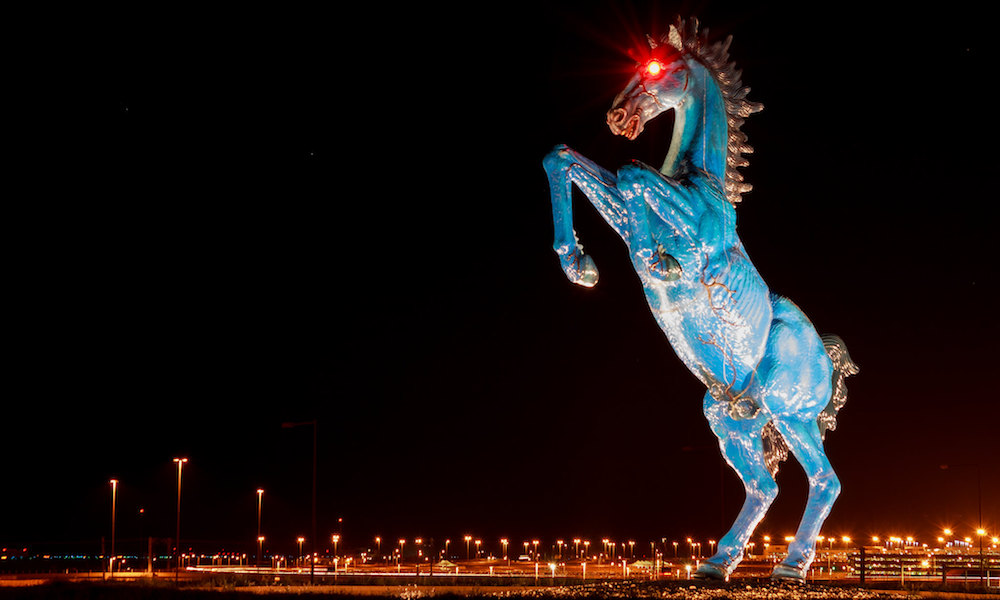 I recently had the pleasure of playing Bad Horse at the gaming table. Yes, that Bad Horse. Leader of the Evil League of Evil. The Thoroughbred of Sin. Occasional Neigh Sayer. Actual horse. With some handy dandy Monty Python coconuts, what I hoped was a long nosed expression, and some whuffs and whinnies, off we went! For an entire scene I shifted on my hooves (coconuts), whuffed disgruntledly, and occasionally neighed definitively, but not a word past my lips as I alternately threatened, terrified, and rewarded the evil overlords who made up my league – and I had a blast.Â

Â Firstly, the assumption for this type of character is that while we as players may not understand them, the other characters do.Â
Let me start by saying, up front, that this piece does not discuss playing with or playing people who are disabled in such a way that they are nonverbal, and none of the advice here should be taken as such. In fact, I would apply this advice to characters who are nonhuman, like muppets, horses, or magical furniture. This is not meant to be an excuse for you to treat other humans badly at your table, so don’t.Â

Firstly, the assumption for this type of character is that while we as players may not understand them, the other characters do. This works especially well for characters like Bad Horse or droids. If you have a talking animal, you have a decision – are they a talking animal like Rocket or Mr. Ed, or are they a talking animal like Lassie? If you have a droid, is it C3PO or R2D2? In either case, this can be very interesting for NPCs like a wizard’s familiar or ranger’s animal companion, non-human (but not key plot introducing) NPCs, or non-human PCs in one shots or single scene settings. I wouldn’t recommend this as a PC trick for long games or campaigns because it might be difficult to remain involved in the game when you are never directly expressing yourself in scene.Â

Playing this kind of character means leaving the interpretation of your actions and sounds up to the rest of the table. They can decide what that particular whinny meant, and they’ll make it understood in how they react to you or what they say in response. When I made an angry whinny, they cowered before my threats to trample them, apologized profusely and backed away to safety.

Leaving the interpretation of your character and their actions up to the rest of your table can be incredibly fun, but is also something you should save for game spaces in which you feel comfortable with the other players, and I would highly recommend (as always) that you are playing with some kind of tool to revoke consent. You are literally allowing other players to put words in your mouth, so it’s important to have trust and a way to remove content that’s not okay with you. It’s also important to have the involved players’ agreement in these shenanigans, since you are relying on them to fill in your part of the conversation and shifting that part of the gaming cognitive load to them. As always, it’s worth having a conversation in advance, whether that’s just checking in at your convention one shot as you build characters or part of your session zero.Â

For your part, it’s important to make sure that you can make noises that express the tone you’re trying to convey to the other players, so that they can riff appropriately. If you think about the noises you get from R2D2, for example, there are very clear upbeat sounds, curious sounds, annoyed sounds, and so on. As the audience, even though we don’t understand the words, we definitely pick up on the emotional tone. It’s key to give that tone to your fellow players because that will drive their responses to you and give them something to play off of. It’s also important that you can make these sounds without breaking the tone and genre of the game – silly cartoon noises in a serious space mystery will break the tone for everyone, and may drag the game off course. Be aware and respectful of the intended feel.Â

So the next time you’re looking at adding an animal companion or an astro mech to your game, give some thought to how you’ll manage their communication and who can understand them. Give your fellow players a little more power over this world. You never know when not saying anything at all means you’ll say the thing that is so good you never would have thought of it!Â

Have you ever played a non-verbal character at a game? Are there some other good times to use them or good stories about when they’ve worked out beautifully?