Imagine that you are playing King Arthur as a PC in an RPG. You wield the mighty Excalibur – not just a sword but a defining part of the legend surrounding your character! While wielding the blade that identifies your PC as the one true king you are struck by a powerful spell.

“Roll a saving throw for your items” says the GM.

You roll for your crown. It is safe!

You roll for your coconut shells carried to the British Isles by a pair of European swallows (you have to know these things when you are king). They are safe!

You roll for Excalibur! The most treasured item in your possession for it is more than a blade. It is your birthright! And it is… destroyed?

Some systems have rules for the potential destruction of gear, and they usually add a sense of realism to certain situations. When the gear that is destroyed is a commodity type item the impact is felt but not tragic. A PC who loses one of his or her two healing potions has suffered a loss in resources, but if healing potions may be purchased in any village at least the loss can be recovered.

But what if the item is a one-of-kind? You cannot go buy a second Excalibur from the next blacksmith that you meet.

The easy out is to say that the item is indestructible. Making such a declaration though will surely result in the mighty Excalibur being used as a door prop to keep wandering monsters out of a room, a pry bar to move large boulders out of the way with, or as a key component in an improvised catapult. These are RPG players we are talking about here.

With such unique items we need a midway point to protect the story element while at the same time not empowering the item in ways for it to be abused during game play. In John Boorman’s 1981 classic Excalibur, Arthur’s trusted blade is actually broken in one scene by Arthur’s pride and abuse of it, but then the Lady of the Lake restores it once Arthur realizes the folly of his ways. We as GMs can learn a lot from this scene.

Sometimes it is better to damage an item and it have rendered partially or completely ineffective until a certain requirement is met. Destroying a unique, or perhaps a highly treasured but common item, removes it from the game forever. You cannot replace it with a substitute later if the gear is truly one-of-a-kind. That just waters down what a “unique” item means to your campaign.

But if the item is damaged, even severely, and the PC knows that it can be repaired you have now introduced another story element into your game. The PC has a new personal quest in order to restore his or her precious gear to its full potential. Perhaps the completion of the quest will result in the item being even more powerful in some way than before.

Even if the PC decides to discard the item you still have a great story element for future plot development. Imagine the look on the player’s face when you describe their arch-nemesis standing before him or her holding that very same item! Only now it is restored into a twisted and evil version of what it once was (or perhaps a good and holy item, again – we are talking about RPG players here).

The secret here is not really a secret at all. It is simply to take a moment to consider the potential long-term effects of damaging a special item versus immediately destroying the item instead.

Does the player identify the item with the PC in an intricate way (like the character Jayne’s gun “Vera”)? If so, would you reap more rewards for your game by damaging or destroying the item?

Sometimes destroying an item might actually move the plot forward too, but in that case you are either removing an overused security blanket from the PC or asking for a plot based on revenge. Most times though a damaged item can become a sort of character to the story itself. Your players will want to see it restored to its former glory and will take certain risks to see that it happens. That is great storytelling, and it all starts with thinking beyond the current scene.

Have you ever dealt with a similar situation in one of your games? If so, describe it below in a comment for the rest of us to learn from. Be sure to include any alternatives that you may have for such situations as well. 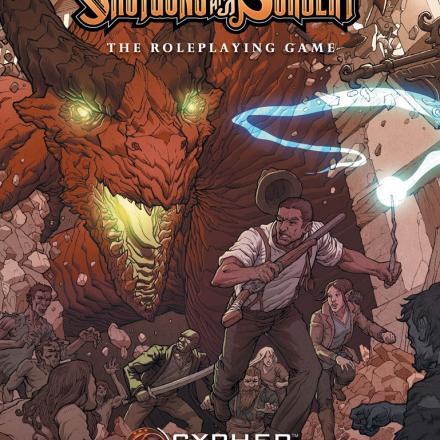 5 Responses to PC Gear–Destroyed or Damaged?