Rodeo in the rain

Gnome Rodeo! It’s time to don tall boots and prepare to ride the range on our battle sheep. What have our keen eyed scouts found?

I’m a big fan of thinking about skills, but we’ve got a patrol to keep on keepin’ on. Fortunately, there are some mighty thoughtful cowpokes (sheep-pokes?) who’ve begun talkin’. 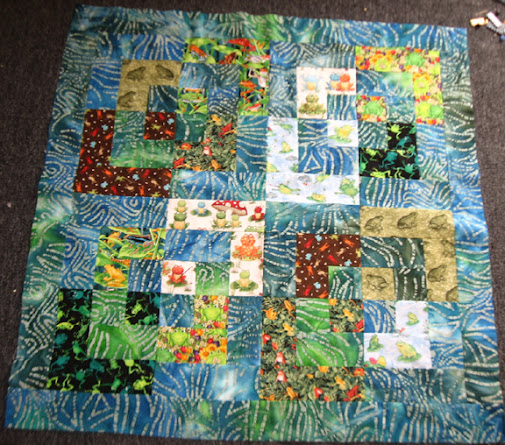 Kate Elliot leads off with a discussion of skills from a writer’s point of view. She points out how unusual (or less expected) skills can set a character apart, create a point of interaction for other characters, upend expectations, and reinforce character traits. It can also deepen the verisimilitude of the world; if a skill has value, people possessing it will be treated as valuable.

Rob Donoghue continued this line of thought, adapting the ideas to roleplaying, in a post called Rich Skills. To save me us effort, he even helpfully sums up his three takeaways with “How to use this in your game”. The second point references Feng Shui’s “skills are communities” concept. Being good at sewing means you already know the local spinners, weavers, mothers, and factors putting out thread to be woven. Having a good sword skill means you probably know other swordsmen, have people you trust for blade sharpening (or know whetstone suppliers), and can get a job swinging a sword professionally. Follow this through for your character’s key skills and you’ve got a whole community of NPCs that “of course I know them” . (His other two points are also good… click through and see!)

What if we decide that characters who have a skill will (essentially) always succeed–though with consequences? After all, it doesn’t make much sense to “fail” at sewing–but it might take much longer than expected, fail to impress, or otherwise be adequate at making cloth… but not succeed at what you’re really aiming for. That’s the topic in Rob’s More on Skills. [It’s an extension of his musings, The fragile foundation of skills.]

Sometimes I get so lonely on the range, I start talkin’ to my sheep. When he starts talkin’ back, it’s time to ramble on home…

For Apocalypse World (or, really, any post-apocalyptic setting), Louis built an NPC Generator that’s long on personality. Five values (Apparent age, Physical Condition, Combat experience, Maelstrom [psychic/perceptive/clued in], Attitude) and a compelling Name and look give you plenty to hang a hat on–or the spark that’ll become a whole character. For example, these were my first two:

I dare you to tell me that there’s no story to those folks.

I love Mouse Guard, but tend to run it for one shots and introductions. I like picking from the included patrols, but a little more variety would be nice. Enter Kristine Chester’s Talon Patrol. A half dozen mice who feel like they’ve solved things together, who are sturdy mice you’d want at your side if a snake was slithering. The paragraph histories are just right for a strong prompt without dictating your actions.

Steve Darlington thinks about how to present a character quickly. He shares his insights in Summing it Up.

[Late Addition] The Shameful Secret (from Mike at Campaign Mastery) is a great way to add character depth, by showing how the character’s morals have evolved, tempering forceful personalities with contradictions and shame that feel realistic.

Before Wizards started whispering about Next, Bankeui was working to make monsters easier to handle in 4e. 4E: Designing Monsters for the DM does a good job of looking at why the options that players love can be so tortuous as a GM. He provides streamlined opponents that are still interesting and challenging–but take less GMing overhead to run. (If your opponents aren’t streamlined… slowdown looms.)

HP Lessons from MM3 on a Business Card investigates 4e fights. You thought they were draggy at high level? Turns out you’re right–the math in the first Monster Manual gives them too many HP and too little damage. If you stick with traditional (i.e. MM1) critters most of the time (I can’t stop using kobolds and goblins), adjust them with the easy formula from the post.

Oh, if you liked thinking about skills and want to bring that line of thought back to D&D? Try Bankeui’s Skill challenges made easy. Or you could try Thought Crime’s skill challenge adaptation to 13th age.

Playing in Public: Stores are running D&D Encounters, a drop in style of D&D, built to be a very light commitment. I ran a few seasons (like The Dark Legacy of Evard), but this season Wizards boldly experimented and defied the expectations built by their previous seasons and typical 4e play styles. Moe’s reports (1, 2) make the current season sound fun and wildly different from what’s come before. Just advancing to level 8 is a big deal. A recent session, including the Recounting Encounters podcast, is over at Ameron’s dungeonmaster.com.

Next season has its own interesting twist: tables may run under 4th edition or with playtest D&D Next rules! The next season is titled Against the Cult of Chaos–and if you’re looking to join, it kicks off February 6th. That’s far enough out that you even have time to volunteer to GM at your local store. Stretch those gaming wings!

If you’re wondering what the fuss is about, Jeremy Kostiew’s Fate Tutorial is great for wrapping your head around FATE as a system. With his help, you’ll have it singing in no time.

Other good articles for Fate:
Build the world from the player’s Aspects
Fights with Manuvers, Tags, and Aspects, Fred’s Faster Conflicts, and Quick Conflicts (for Spirit of the Century characters).
Make everything like characters

Sample Mecha Stunts
– Targeting computer. Gives effects of Stay on Target.
– Experimental gear. Just like a ‘mech sized Personal Gadget.
– Passive sensors. Nifty new passive sensors give you all the detail of active scanning without giving you away.
– Alternate form. Your ‘mech folds up into a plane. Hooray!
– Jump jets.
– Easily piloted. Athletics can only be complemented by pilot skill, never restricted.
– Runs hot. Your ‘mech can safely run a bit hotter than the tech manual says; its systems can take one additional moderate consequence.

6 Responses to Rodeo in the rain