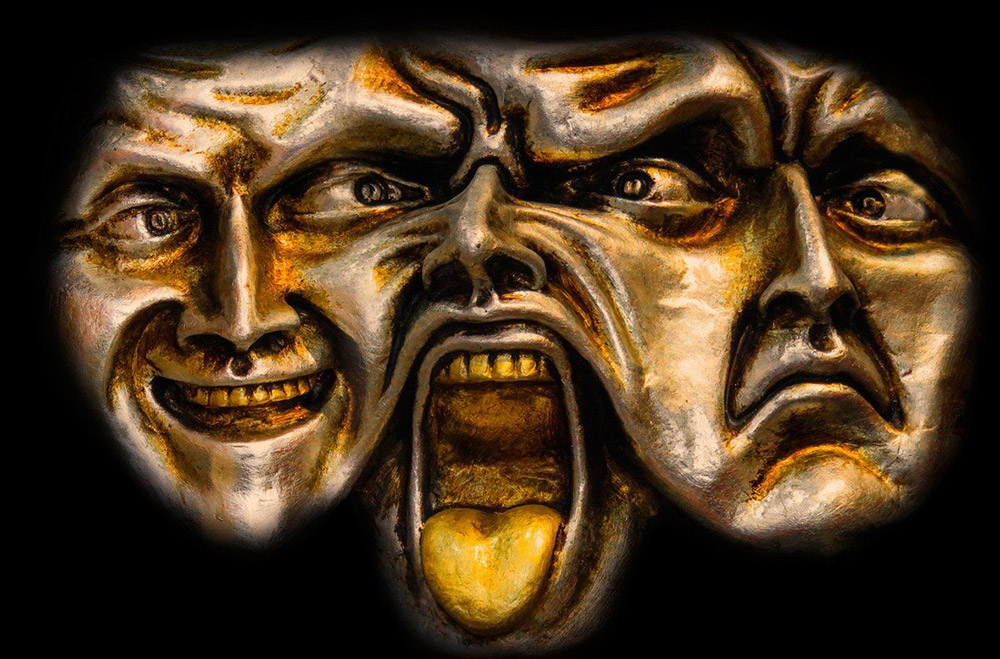 A party at the palace. A meeting of the ruling council of a secret cabal. A tense negotiation between leaders.

There are many situations in which game masters can find themselves having to play multiple NPCs during the same scene. These scenes can often prove challenging as the GM has to switch from character to character in a way which is easily distinguishable for the PC’s. This can lead to situations of player confusion (“who am I talking to again?”), or instances of a GM having to play multiple people in the same conversation. This excellent article by Walt Ciechanowski covers some of the standard tools that GM’s (myself included) use to get around this problem, but for the truly ambitious, I have a more radical suggestion…

LARP (Live Action Role Playing) is by far the most effective strategy for dealing with the problem of having too many NPCs to be played by multiple guest players at the table. If the scene involves a large party, the table may not be large enough, and you may find yourself going the live-action route. This type of game is a ridiculous amount of work for the Game Master, which is the most obvious downside to the strategy. Creating stats, descriptions, and a simple system for game play is no small task. Additionally, trying to get five gamers in a room at the same time is hard enough; never mind doing so for a dozen. I have personally used this strategy multiple times, with groups ranging from half-a-dozen to thirty, and every time I have been very happy with the results. The players in this type of game are able to realize an NPC more fully than I ever could by myself, and they will invariably make decisions that I do not expect. Because there are so many players, the session immediately takes on a sense of importance, and the excitement in the room is palpable. If you are considering a LARP session of a tabletop game, there are a handful of things you will want to consider:

Leave your Dice at Home

Most LARP action will happen in the form of conversation, and as demonstrated by my dating record, nothing kills the mood faster than rolling dice. Lose any mechanics for bluff, diplomacy, sense motive, etc. that might be present in the tabletop system.

Some LARP systems employ foam weapons for combat (I am not a fan, personally); others use a coin-flip or rock-paper-scissors. I personally try to go as simple as possible, so I use a simple stat comparison (your Perception beats my Stealth, so you can see me).

You want to have something in place, such as faceless palace guards or an enchantment, which will prevent things from dissolving into a big melee. LARP combat is not particularly fun (unless you have foam swords), and is very slow, so you want to minimize it as much as possible. Having guards or something to come in and shut down combat that gets out of hand is an essential safety valve for your game.

Be sure to establish some ground rules with all of the players so that everyone can feel safe. This can include a “time out” space or indicator, which shows that player is taking a break, as well as rules regarding what sort of touching is permissible.

In addition to safety, be sure that your players are all comfortable by spelling out clear expectations prior to the event. These expectations include guidelines around costuming (mandatory/optional), props (are fake weapons permitted), drinks (alcohol?), and which are in and out of play at your venue.

Each NPC character you create should have clear goals and priorities. This is, after all, a game, and it needs to be fun for your guest players. Giving NPC players clear goals for their characters will help to give them direction and the freedom to act independently without constantly asking you for advice, such as “would my character want to do this?”

Some common goals relate to power (“I want to be the Queen”), resources (“I want to acquire as much money as possible”), or other characters (“I want to discover Perry the Liar’s dark secret”).

In order for everyone to have something to do, you want to give your players multiple tradable resources, such as money, magic items, information, or votes. This will let them negotiate with each other and make deals in pursuit of their goals. This will be most of the fun for your guest players. One of the tricky things is to try to balance these tradable resources so that one person or faction doesn’t run away with the game.

The PC’s will have a better knowledge of the setting and the story than any of your NPC players, and this is a big advantage. Additionally, having a group of four or five people who can trust each other working together in a LARP game is a big deal. When you set up opposing factions or allocate resources, be generous to your NPC players, as they will be starting off at a disadvantage compared with the PC’s.

You want the NPC players to have their own stuff to deal with. If it doesn’t involve the PC’s directly, don’t worry; they will figure out how to get involved. The NPC players should have goals that affect each other. I like to think of overlapping circles when I design something like this; not every NPC has to be involved with every other NPC, but they should have a group of 2-3 others that they are entangled with. If you get these groups to overlap with each other, then you suddenly have a complex web of intrigue, which will keep your NPC players invested, and really create the impression of a complete and complex society for your PC’s.

The players need to know when the session will end so that they can pace themselves accordingly. Set an end time, and in a perfect world, provide a resolution of sorts for your guest players. Is there a vote that happens at midnight? Whoever has the McGuffin of Doom gets away at the end of the game? Whatever it is, having something big and finite at the end will leave you with more satisfied players.

In the digital age (and especially in 2020), where we frequently have games that happen entirely online, how can we adapt this type of game? The point of this type of session is to free up the GM from playing multiple NPC’s, and to add an element of “controlled chaos” that only real people can bring to the table. Trying to have a dozen people play online with video at the same time is… difficult, at best. If you want to have a LARP-style effect in an online game, I recommend that you orchestrate a scenario in which the NPC’s are communicating with the PC’s and each other by distance. For this type of thing, you could have interactions limited to text messages, chat streams (Discord, Teams, etc.), or video conferencing in breakout rooms (as Zoom allows). The RPG Alice is Missing is a good example of how you can make use of texting to create an immersive gaming session. I have yet to try this strategy with a large number of NPC’s, but I can state with confidence that it works with a smaller number, and I am keen to give it a go with a bigger group.

Have you ever done a LARP-style session for a tabletop campaign, either in person or online? If so, do you have any other tips to share?