Bottling Lightning: Coming Up With the Core Idea for a Campaign

I’m fairly good at coming up with adventures and adventure hooks (and Eureka! is there for those times when I’m not), but I frequently find it difficult to tie them into a larger, compelling campaign. If we spend more than 2-3 sessions on a villain or plotline, it seems I start losing people and then it’s time for something completely different.

My question is this, then: what makes a campaign more than just the sum of its adventure parts? How does an idea for you go from “Hmm, that could be an interesting idea” into “Oooh, that could be turned into a larger campaign.” Or is there some other genesis of a campaign idea that I’m just not seeing?

And while your first instinct might be to look at this the same way a writer looks at the question “Where do you get your ideas?,” GMing being what it is — a mix of craft, science, art, and crazy sauce — there are some structured approaches to coming up with good campaign ideas.

Here’s one of them.

Stick a Fork In It

It all begins with a forked path, because ideally you want to start with one of two things:

If you have a flash of inspiration, sometimes that’s really all there is to it — the ball is rolling, and you just go from there.

But sans flash, an all-options-open discussion with your group is a great way to come up with a campaign concept. You don’t have to drill down to the level of what color the master villain’s cloak clasp is, but asking your players what kind of campaign interests them is a great starting point.

Some RPGs bake this right in, like Burning Wheel: Thanks to each PC’s Beliefs, you literally can’t build a party of BW characters without also creating a sketched-out campaign concept. Most games don’t do this, though, so you need to do it yourself.

Talk to your players. See what they’re jazzed about. Ask for stuff in their backgrounds that they’d like to see come up in-game, and then weave it together. There are lots of ways to skin this halfling, just remember that player buy-in trumps GM interest.

It’s Got to Be Fucking Awesome

Merely good campaign concepts are boring — you want your concept to be fucking awesome. Settle for less, if you like, but for best results make with the awesome-sauce.

Everyone at the table should be excited about the concept, including you, and since you likely don’t want to spoil the details for your players, that means they need to be excited about the GENERAL stuff. If the general stuff is exciting, think how awesome the specifics will be!

So: player buy-in: you need it. Get everyone to sign off on the core idea (regardless of whether it came from you, a player, or a collective mish-mash), and your game will be likely to rock.

There’s no wrong way to plan, as long as you do some planning of some sort. If you want to end your campaign on purpose down the line, take that into account. Similarly, if you want to build in story arcs that make convenient “Hey, let’s try another game for a little bit” points (like my group does), remember to factor those in as well.

How you plan also depends on the core concept, of course. If the heart of the concept was a badass villain, then you need to start subdividing your idea based on how the villain’s plot or plots will unfold. How far along is his sinister plan? How much can the PCs disrupt it prematurely? How can you work them up to the Big Bad by way of power-appropriate encounters along the way?

If you know your group well, consider how much you can fit in the average session; then consider how many sessions you want in your first story arc, or in the whole campaign.

Block those out in a new document/on a piece of paper, and start filling them in with stuff that sounds cool. Don’t hide the cool stuff, either — lead with it. Why fight rats when you could fight mutated rat-cultists, or get kidnapped by space pirates when the pirates could instead scuttle your ship and set it on a course for the sun?

Once you’ve got X number of sessions loosely blocked out, step back, sleep on it, or otherwise give yourself a short creative break. Then come back to your list and see how it strikes you. You’ll likely need to tweak a few things here and there.

…But Don’t Shackle Yourself or Your Players 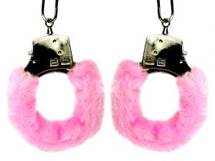 Planning out a whole campaign is great, but doing it loosely is the key.

Your players will surprise you, even if it was them who suggested the core concept. You’ll surprise yourself, too — and if it’s ticking along really well, the game itself can be a source of surprises.

So in your planning, whatever form that might take, be sure to consider alternatives, be prepared to improvise, and be ready to kill your darlings. If the plan stops looking like fun, or sounds less cool than something that takes the game in a wildly different direction, rewrite the plan.

This is really a huge topic. I’m pushing a thousand words, and I’ve just skimmed the surface. I’ve also only outlined one approach — genesis, analysis, planning, flexibility — out of many. This one might not work for you, scoopsy, or for others who think and approach GMing and gaming differently — it’s the nature of the beast (though I hope it does work for you!).

If you’ve got a better approach, please share it in the comments!

17 Responses to Bottling Lightning: Coming Up With the Core Idea for a Campaign