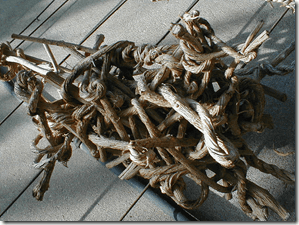 There is a Greek legend about a thing called the Gordian Knot, a knot so complex that no one could untie it no matter how long they attempted to work it out. Then along comes this douche bag Alexander The Great, who whips out his sword and quick as you please slices the thing in two. He then goes on to conquer most of the known world. Ever feel like you are on the other side of that situation while running a game? You’ve developed an incredible scenario full of twists, turns, complications, and challenges, and along come the PCs breezing past your challenge with some off the wall solution. Dicks. We’ve all been there, and it can suck from the GMing side of things, but we’ve got to keep one thing in mind: Challenge does not always equal fun.

My current group is encountering this in spades. The current GM is running from a published adventure in the Eberron setting, but because of the house rules we are using, very little challenges us. In a recent game, the combat that was supposed to reign in our party’s wave of terror began and ended with a good tactical move (knocking the fiercest , plate mail wearing combatant into the water). From there it was cleanup of the medium challenge fighters and schlock, and merciless destruction of the plate mailed and waterlogged BBEG as he tried to climb out of the water. Thing is, it was fun. Were I currently on the GM’s side of the screen I might feel differently, but being a player it feels great to succeed. It feels especially good since we get our asses handed to us every other fight during the first few levels of our adventuring career.

As Game Masters, we tend to have a natural focus drift towards our side of the adventure — the value of the elements we control, the challenge of the encounters, making sure the various elements we are responsible for are getting enough playtime, etc. This is natural and important to running a good adventure, but if we drift too far into this mindset we take ourselves away from a place where we can understand how much fun the players are having with what we’ve created – even if they aren’t challenged by it.

Let me illustrate with a story I hear from my friends ALL THE TIME.Â  It gets brought up almost every time we game or are talking about gaming. Regular game was called for the week, but my friend decides to run a Shadowrun one-shot to fill the gap. He used a published one-shot from Catalyst games. The goal: deliver a Macguffin from one side of the city to another. The group outfits themselves and proceeds into the dangerous war-torn area where they need to make the delivery.

When my friends tell the story, they mention that the metaphor for that game is “A hovervan, floating over the speed bumps of plot while yawning.” The whole game took less than an hour.Â  The thing is, the people involved in this game talk about it all the time. Even the Game Master who ran it laughs about how great it was to watch them effortlessly circumvent challenges. I hear about this much more than I hear about the epic fights with red dragons, the merciless way the group barely survived that encounter with the god-elf, or the ship to ship fight with the imperials. 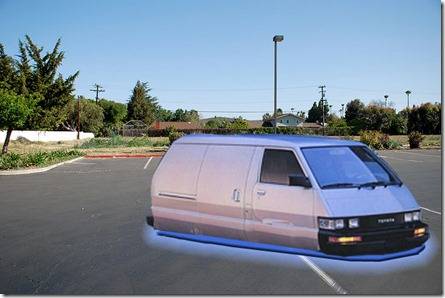 I’m not saying that a lack of challenges makes a fun game, but just because players are breezing through the obstacles you set up doesn’t mean the game isn’t fun. Fun in a game comes from a variety of sources and the challenge level is only one of them. Watch how engaged the players are with the game, this is always a much better yardstick than how challenged they are.

Ever have a “Hovervan Moment” where the players just ran over the obstacles in their way without stopping?Â  How fun was it? In your games what ends up being the most fun?