When Your Players Are Smarter Than You 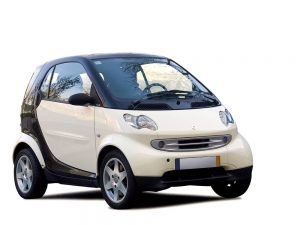 No, not that kind of Smart.

We GMs are a pretty intelligent lot. Anyone who can handle juggling the world building, the story prep, the mechanics, and all of the NPCs while keeping players coming regularly back for more is probably at least a semi-smart person. Thing is, gamers as a whole are generally pretty smart people so there are going to be times when you, the GM, areÂ not the smartest person at the table.

Last week I talked about some of the wheel spinning I’ve been doing about a potential post-apocalyptic game. One obstacle I really didn’t get into, other than the barest of hints, is that most of my players are way smarter than I am. If I’m going to run this game, I’m going to have to do my world building right so it doesn’t collapse the moment they start throwing their considerable brain power at solving the broken world. Some of the comments on the thread suggested not worrying about the world building too much and just rolling with it, but I know from experience with this group that if I’m not confident in what’s going on behind the curtain, I’ll falter with running the game. I’ve written about this before elsewhere.

My players are a fantastic bunch and I wouldn’t trade them for anything, but there are times where I feel like I’m struggling to keep up with them. The group consists of two software engineers, a chemist (biochemist, I think), an artist (don’t underestimate the artsy ones, they’re a cagey bunch), and a rocket scientist (well, he’s a systems engineer that works on highly classified stuff… we call him Tony Stark). They’re funny, clever, tactical, and excellent at thinking on their collective feet. Throw a problem at them in game and they’ll usually solve it efficiently and in ways uniquely suited to whatever characters they’re playing, all while eagerly awaiting the next thing I can throw at them.

The very first time I was the GM way back when, I ran a Mutants & Masterminds game where their characters woke up in an abandoned underwater lab after having been kidnapped from their mundane lives. As they explored the now empty base trying to figure out what happened, they learned they also now had super powers. The climax of the session was when they found the last functioning escape pod but had to fight a group of earlier test subjects who had also been abandoned. While some punches were exchanged, one of my players found a way to call a cease fire, allowing them to question their adversaries. Rather than the full blown super hero fight I had been expecting to run, I ended up running a negotiation where they offered to hire the other abandoned test subjects and find a way to get everyone into the sub so they could escape the steadily collapsing base.

Another important lesson: It’s okay not being the smartest person in the room.
I learned very quickly the need to properly prep for my games so I had a solid understanding of why things were happening the way they were so I could account for the moment when they would throw a monkey wrench into the works. When, not if. On occasion, I’ve let my laziness get the better of me and I’ve done less prep than I should have. Those games always suffer for it. Usually I can compensate to keep the session going, but if I’m trying to run a campaign, I start to feel like I’m working in quicksand.

Another important lesson: It’s okay not being the smartest person in the room. There’s something to be said for having players that can grasp what’s happening in the game without being hand held through everything. While I may not be able to account for everything they’re going to come up with, I know it’s going to be good and it’s going to enhance whatever game I’m running. Ultimately, even if I have to work hard to keep up with them, it’s a good thing when your players are smart.

Other GMs have shared similar stories, where they suddenly realize they’re outclassed or outmatched by their players. What are yourÂ experiences with smarter players?

13 Responses to When Your Players Are Smarter Than You