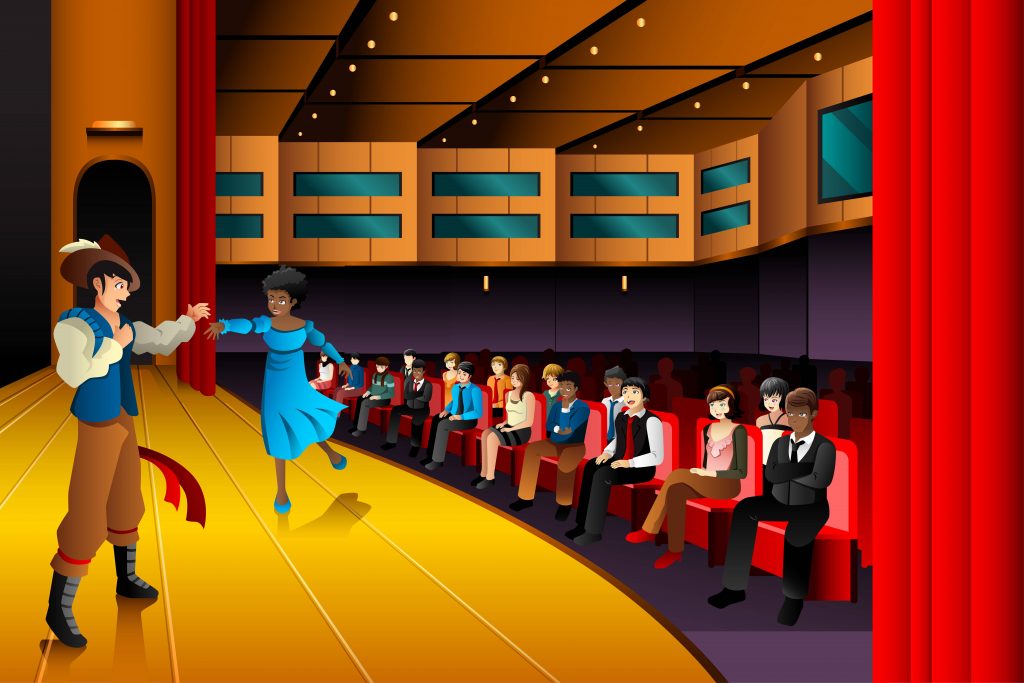 In role playing we are all the actors and the audience. It is important to pass the spotlight to the other players to ensure everyone shares in the fun!

Recently a gamer friend sent me a message asking for my perspective about a situation that unfolded at a game table where they were a player. In the situation, some players and the game master were directing a player on how to spend her turn. Shortly afterwards, an article began circulating on social media that covered an extreme case of the same topic, titled “Honey, Let the Real Gamers Play.”Â The confluence of these two events inspired me to share my perspective on what can generously be referred to as providing unsolicited advice but can be more directly referred to as taking away a player’s agency.

Note that this article is not about the intention of the people offering unsolicited advice. This is about catching people, including yourself, on the edge of overwhelming another players agency and how to move forward in game.

In the aforementioned article, the writer shares a situation in which the GM and other players take away the writer’s sense of control by taking her turns for her. In the ultimate denial of agency, she was not allowed to select her own actions or even roll dice to determine the outcome. In my friend’s situation, the game master and several players at the table “helped” the player (playing a caster with some healing capabilities) to choose how to play her character by collectively suggesting what action she take or what spell she cast. By the end of the game the player called out the other participants for effectively taking over her turns.

It can feel like bullying to be on the receiving end of even well-intentioned, excited, or enthusiastic suggestions. A player may feel like they are disappointing a friend or the team if they don’t use the idea, and that’s basically the best outcome. Bottom line: It is not fun.

Â If a player seems to be floundering but remains silent, go ahead and ask, “Do you want a suggestion?” Full Stop. Wait for consent before offering advice, that’s the magic that transforms the unsolicited advice into help.Â

Don’t get me wrong, cooperation is great – this is a team game after all. But that has to be a two way conversation. A person’s control over their character’s decisions is absolute — otherwise it’s not truly their character.

If a player is stumped and needs ideas or rules clarification I hope that player speaks up and asks for help. But silence doesn’t always mean someone needs or wants help. They may just be trying to decide their reaction to the prior player’s actions. That’s part of the collaborative nature of RPGs, the story evolves as we play — contemplation is part of responding effectively.

If a player seems to be floundering but remains silent, go ahead and ask, “Do you want a suggestion?” Full Stop. Wait for consent before offering advice, that’s the magic that transforms the unsolicited advice into help.

Why shouldn’t I freely voice my awesome ideas?

Â Part of being an all-star player is passing the spotlight to your fellow players and helping everyone to have fun.Â

I’ve done this. I’ve got a big personality and when I have ideas bubble up I want to share them with the world. But when I realized how much I hate it when people tell me how to play my character, I started making a conscious effort to rein myself in. Part of being an all-star player is passing the spotlight to your fellow players and helping everyone to have fun.

Tables where everyone feels like their ideas are enthusiastically encouraged are where players thrive and surprise us with their ingenuity. It is the starting place for games that are pure magic. It would be absolutely boring to play an RPG with a table full of people who think exactly the same way as each other. No one would ever be able to surprise anyone. That’s the beauty of role playing, the story unfolds in unexpected ways for the players and facilitator alike.

How can I help tamp down on unsolicited advice at the game table?

As the player offering unsolicited advice:

As the Game Master at a table where unsolicited advice is flying:

As the player on the receiving end of unsolicited and unwanted advice:

Power dynamics come into play when offering advice. Before voicing advice, consider if the person you are advising may see themselves as having a different status within the gaming community. If so, you may unintentionally be creating a situation in which it is hard for them to say no.
If you:

Then you may have a perceived higher status, and you should be especially careful about offering unsolicited advice. This is tough because it means flipping a switch in your own mind to try see how other people may view you as having higher status even when you like to think “I’m just a regular person.”

Whatever the situation may be: always assume the other person is equally as adept at playing pretend as you are and act accordingly.

As either a player or the game facilitator, make a conscious decision to support and encourage all of the players at your table. Challenge yourself to build off of other players’ ideas by employing the improvisational technique of “Yes, and…!” Your enthusiasm for what someone else brings to the table will help them to feel valued and your own role playing ability will grow.

Here’s my wish for everyone at the game table: assume you and all your companions have an equal level of creativity. Then together, play a game that surprises everyone.

Have you received unsolicited advice at the game table? How did you deal with it? As a game master how do you support and uplift the ideas of players who seem unsure or hesitant? What are some other ideas for how to rein yourself in or others who are offering unsolicited advice?