Bringing a particular mood to a gaming table is one of the most difficult things for a GM to wrangle. 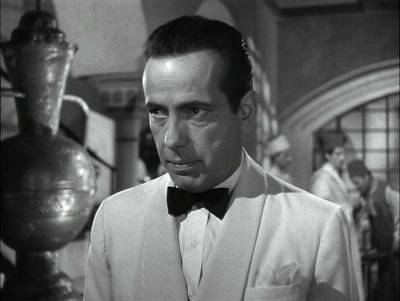 First, a given group’s play style has to be receptive to mood-based storytelling. The players gathered for a beer ‘n’ pretzel-style table, for instance, are unlikely to embrace the approach, no matter how skillfully the GM executes it. The jocular table banter – which is how such a group defines “fun” (all the power to them) – pretty much precludes any other attempt at creating atmosphere.

Secondly, even willing players have to connect with the GM so they are on the same wavelength. Getting that to sync up takes practice and the proper alignment of certain constellations, it sometimes seems. I liken it to trying to GM using two tin cans connected by a taut piece of string. At best, it can still be muffled, awkward and prone to transmission problems.

That said, a GM can dip into their toolbox and use REPETITION to good effect.

Now, repetition as a storytelling tool doesn’t guarantee any mood setting. But even GMs who are not graced with other natural narrative gifts (a range of voices and accents for NPCs or an actor’s flair for facial expressions) can utilize repetition to set pacing and setting.

Repetition of certain words – even without inflection or emphasis – goes a long way toward feeding the players’ imaginations.

Here are some examples:

It’s one thing to describe the dungeon as dank and damp. But having them hear the “drip, drip, drip” of moisture down the walls each time they enter they halls is a clear signal of conditions that will sink in.

This musical prayer is sung as part of many Christian worship services, and is usually translated as “Lord, have mercy upon us. Christ have mercy upon us. Lord, have mercy upon us.” Now I understand the reluctance or aversion some GMs (and players) might have to using actual religious chants during a game session. But the sing-song nature of the Kyrie (not to mention it’s repetitive nature), is a quick way for the GM to designate a holy site, whether it be a shrine or cathedral or holy artifact. Simply substitute the Kyrie Eleison lyrics with vowel sounds. A search engine inquiry for “Kyrie Eleison hymn” should lead you to examples of it written out as music.

Is that the Headless Horseman you hear? Is that a dark rider? A nightmare steed? The horse and rider who is heard but not seen can help build suspense. Say the words “wicked whinny” in conjunction with it and you may well be on your way to goosing your players’ expectations of a monster-hunting adventure under a full moon in October.

Is that an apparition with a ball-and-chain being dragged across the floor? An ogre with a ponderous step dragging a great axe? A cry of “mercy” and it might be a prisoner or slave being led to their doom.

In a sylvan grove, a bird’s chirp might signal the approach of the all-seeing druid. Or is it the sound of hungry chicks in a roc’s nest? A songbird in a cage that’s really a transformed princess?

Those are just a few suggestions, but there must be hundreds more. If you’ve used a similar framing device in your game, let’s hear about it. Share your experiences with this technique in the comments below.