Sure he’s the Villain, but is he the Bad Guy? 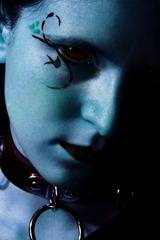 In a lot of RPGs there’s an unspoken assumption that the PCs are the good guys, the villains are the bad guys, and everything is clear cut and black and white, but in real life, few if any people actively identify themselves as “Bad Guys”. They may not identify their actions as “Bad Guy” actions and even when they do, they usually rationalize their motives. When creating villains, give some consideration to why they do the “Bad Guy” things they do. It’s a small amount of prep that can pay volumes in realism, further adventure hooks, and fun sessions. Here are some common reasons why “Good Guys” do “Bad Guy” things. Of course, there are as many reasons as there are people, so feel free to make up whatever reasoning makes sense to you.

Culture: Different cultures see certain acts differently, even really big ones. It’s possible your villain comes from a culture in which the way they’re behaving is normal or their actions are justified. Examples: Cannibalism, Killing for revenge.

Political or Religious Views: Especially in settings where emperors wield supreme power and Gods walk the earth, Political and religious struggles can be large scale and violent. Who’s to say which God or King is right? Examples: Wars, Crusades, Forced Indoctrinations

Necessity: People will do a lot of things they and others consider immoral or illegal to take care of themselves and those they care about. Stealing seems less wrong when it’s to feed your family. Examples: Theft, Murder, Squatting, Poaching

Survival: Circumstances can sometimes force people to act in ways they otherwise wouldn’t to prevent the immediate death of themselves or others. Even highly moral individuals can betray their values in a moment of crisis. Examples: Pretty much anything goes

Once you understand why your “Bad Guys” do what they do, there are plenty of ways to make their motivations pay off in your game. By challenging the “Good Guy” vs. “Bad Guy” theme, you create a decision for the players to make, one that almost always leads to more fun. Here are some ways to use this new dynamic:

Unexpected Alliance: If your “Bad Guy” is being coerced, or is only acting the way they are because they have no other option, they may be able to convince the PCs to help them against their own foes, ending the need for their “Bad Guy” status.

Lesser of two Evils: The “Bad Guy” is acting the way they are because it’s the best possible alternative, regardless of how awful it is. Will the PCs help them, turn a blind eye, or stop them and deal with the even worse consequences?

Helping Hand: Maybe the “Bad Guy” just needs a little help that the PCs can easily provide? Will they give up their bounty/vengeance/whatever and even spend resources of their own to help someone who just needs a helping hand?

Seeing the Light: If the PCs and the “Bad Guy” are separated by ideological differences, can one group convince the other that their position is the better one? Does one of them even have to be right?

If your game is usually has a clear cut “Good Guy” vs. “Bad Guy” dynamic, you don’t have to completely discard it, but having an occasional villain be more misunderstood than evil is a fun and relatively easy way to spice up your game.

4 Responses to Sure he’s the Villain, but is he the Bad Guy?