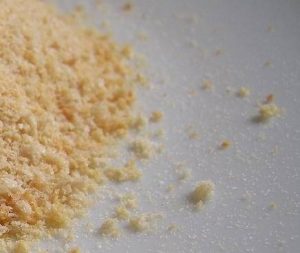 Much like a movie or a novel, a roleplaying adventure depends on the flow of information. A game can grind to a halt when players don’t know where to go or what to do next. If players are exploring or clearing out a dungeon, this may not be a big problem. However, most GM’s will want to run an adventure with more of a plot at some point. Even in a dungeon, you may want to lead up to a big fight at the cultists inner sanctum or the evil wizard’s laboratory. Just for clarification, I use the term “plot” loosely. I don’t mean that every encounter has to take place in a certain order or with a predetermined outcome. I only mean the general progression ofÂ the story that you and your players will tell together.

Some modules include a rumors chart for GM’s to use. This is a great tool for getting players started on an adventure, and can be easily extended to help with the flow of information through the entire adventure or even the campaign. I call my version “Breadcrumbs,” and keep them at the top of all my session notes. Let’s look at the idea of Breadcrumbs in more detail, and how they can help lead players through the forest that is your game.

Breadcrumbs are bulleted information points. These are the things they need to know to get through the adventure and keep things moving. Keep them short; these are not meant to be read verbatim like block text. They are only reminders for you as GM. They do not all have to be true, just be sure to note which ones are false rumors.

Breadcrumbs are written in the rough order that the GM predicts the story will follow. They should start with simple hooks, but lead to more exciting and dangerous situations. The order may change as a result of the players’ choices and that’s as it should be. However, even though we are not running a railroad, we still need a predicted order as a place to start.

Breadcrumbs are not tied to any one particular NPC. While you may have a particular NPC in mind when you write them, be prepared to adjust that during play. For example, I once had a metal guardian golem who knew a lot of useful information. But he spooked the players and they put an arrow through his forehead. With a critical hit. Having a Breadcrumbs list that is separate from your encounter notes and stats makes transferring that information to another NPC (with an intact cranium) effortless.

Here’s an example Breadcrumbs list for a fantasy campaign. Notice that all of the information can come from any NPC, from a friendly dwarf, to a captured ice elf, to a wandering explorer.

Check off your bullet points as you provide them to your players. You may wish to note which NPC provided the information. Also, you will want to add or edit your bullet points as needed. Often players will ask questions or propose ideas that you hadn’t considered. These are often gold, so be sure to note them.

Repeat your checked bullet points at the end of the session summary. This gives players a sense of satisfaction knowing they have made some progress towards a goal.

Using Breadcrumbs After the Session

After your session, move your used bullet points to the recap section of your next session’s notes. You will want to include some travel and encounter information, but the Breadcrumbs will remind your players of what they learned last time.

Keep your unused Breadcrumbs for your next session. Use them as inspiration for creating the NPC’s and encounters for the next session. Add any additional points that will keep your campaign flowing. If you are including points brought up by your players, this will help your campaign have a natural, organic flow. You will not just be throwing random adventures at them, but allowing them to help build the world.

Have you used something similar to a Breadcrumbs list? Think it is a good idea, or would you modify it? Let us know below.