In Fantasy Football/Baseball/Basketball, people pick what players they think would make the best sports team based on a bunch of statistics the layman doesn’t understand, and try to convince themselves and everyone around them that this is less geeky than playing a tabletop RPG (sorry folks, we’re not buying it).

Today, I’m upping the Geek Quotient of both making a Fantasy Team and playing Tabletop RPGs by throwing out there a RPG Fantasy Table that I would looooove to sit at/GM for/or be allowed to record the results of.

And, just to add a little flavor to it, I’m making the team up from only authors that I’ve read and love.

Let’s get started, shall we? 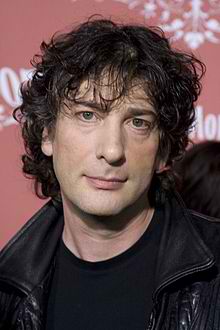 Mr. Gaiman is an easy first pick. I have never met anyone who has read his books and not loved them. The worlds and characters he writes are spectacular. I . . . I really have nothing more I can say about this. He’s just perfect.

Changeling: The Lost – I would love to be in a game of Changeling: The Lost that Mr. Gaiman was running. The creator of the Floating Market from Neverwhere and Other Mother/Beldam from Coraline would easily be able to craft a spectacular, beautiful, but horrifying world for the players to explore.

Monsters and Other Childish Things – Disclaimer: I have not yet had a chance to play this game. I’m strictly considering the game’s theme when making this decision, but given Gaiman’s creepy and wonderful children’s books I’d  love to see him play a child with a monster as a “pet.”

I’d want Mr. Gaiman to be my Wizard or Sorcerer, perhaps a Summoner. 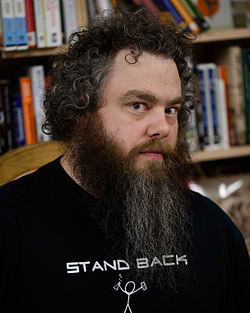 If you’ve read The Name of the Wind and The Wise Man’s Fear then you know that Mr. Rothfuss has the epic fantasy genre down. His characters don’t do anything half-assed, and then they’ll make up even more outrageous stories about what happened. At the same time, they can be contemplative and companionable.

Shadowrun – I’d love to see what would happen if Mr. Rothfuss had access to magic and technology all at the same time. Would he be spell-oriented, or go with a hacker? What kind of antics would he pull off with both?

Low Life – A quick background on Low Life—it’s a game where all the players are evolved cockroaches and Twinkies and other . . . things that survived the apocalypse and rebuilt “society.” I think it would be pure entertainment to watch Mr. Rothfuss running around in that setting.

The Rogue, because I think he would have fun with it and I because have another person in mind for the Bard. Speaking of which. . . 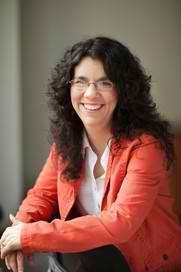 Rachel Hartman may be someone you’ve not heard of before, but I feel in absolute love with her book Seraphina. I also met her once and gushed at her like an utter fangirl (despite having prepped myself for DAYS not to do exactly that >.< ) and she didn’t look at me like I had five heads. Thank you, Ms. Hartman.

Also, she signed my book this way: 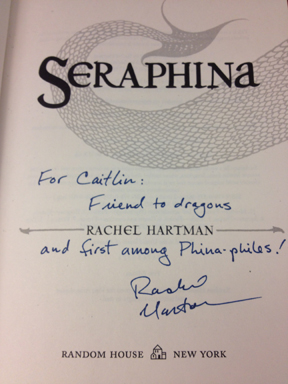 Seriously, how cool is that?

In any case, she’s geeky, she’s got a great grasp of character, and I think she’s mentioned playing D&D on her blog, so why not?

Castle Falkenstein – Steampunk Fantasy seems like a natural fit for Ms. Hartman, because there’s some elements of the world of Seraphina have a steam-punky feel to them—AKA, Lars/Loud Lad (seriously, read the book).

Eclipse Phase – Completely abandoning the fantasy genre, I think giving Ms. Hartman the chance to play a character who could be transferred from body to body and lose memories but not their life would be interesting, considering some of the themes of her writing.

Runner-Up Game – Dungeon World, because it is a fun, fast, and creative fantasy game, and I wanted to put a “pure” fantasy game on this list (but not Pathfinder/D&D).

Ms. Hartman would be my Bard, because she is HUGE a fan of music (especially medieval types of music), and it would be cruel NOT to allow her to be the Bard. Also, she can sing. 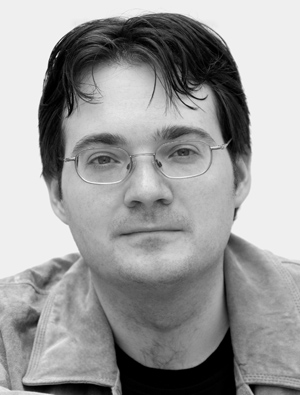 Photo by Micha DeMoux; from brandonsanderson.com.

Mr. Sanderson I’d love to have as a GM, because the man is a plot twist master. Seriously, after reading several of his books, I rate all book plot twists on what I call the “Damn it, Sanderson!” scale (partially inspired by the Henderson Scale). After The Mistborn Trilogy I thought I would be immune to his plot-twist abilities, and then I read Steelheart. . . . damn it, Sanderson!

FATE Core – As a GM or a player, I think Mr. Sanderson would thrive in the aspect-driven system that is FATE—doling out plot complications that make the story a ton more fun for everyone around him.

Hunter: The Vigil – After reading Steelheart my first thought was “Oh, man, this would make an AWESOME setting for an RPG . . . I could totally use the Hunter: The Vigil rules, too.” Hunter: The Vigil pits normal human being up against supernatural threats. I can neither confirm nor deny if I ever ran a game like this. If you ask nicely, Ang might.

Runner-Up Game – The Mistborn Adventure Game . . . because who wouldn’t want to see an author running around in the RPG that is legitimately based on their own work?

I think Mr. Sanderson would make a very interesting Paladin—his characters tend to struggle to do the right thing as best they can, given the circumstances they’re in. 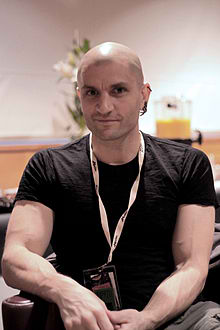 Mr. Miéville’s another author I’d love to see as player and GM. He writes very complex characters, and the worlds he crafts are exotic, weird, and wonderful.

Dread –I think Mr. Miéville would be brilliant in a horror RPG (I will never forget how terrifying the slake moths of Perdido Street Station were) and Dread is really my favorite horror RPG.

This is a tough one. I debated a couple of classes, especially Cleric, but I think Mr. Miéville would make a neat Druid shapeshifter.

And there you have one of my RPG Fantasy Tables. I decided to pick only five authors—all of them living—and it was tough to stick to that. There are so many others that I’d love to game with: Jim Butcher, Terry Pratchett, Ernest Cline . . . well, maybe you’ll see another list at some point.

So, my fellow geeks, how about  you give the comment sections a workout, and tell us which authors would make your RPG Fantasy Table and why?