I was watching the remake of the Italian Job the other night. Aside from being a pretty decent “Super-Thief” movie, it also feels a lot like a spy based role-playing game. The exposition, the introduction and quirks of the characters, the movement of the plot and the back and forth between the group and the villain feel a lot like a role playing game.
The one thing that stuck out to me was that there was obviously a critical fail on a social roll and a really interesting way to take care of it for the plot.

The scene was this: Charlize Theron was having a dinner with Edward Norton trying to get some information on their upcoming theft of his gold. She is undercover as a hot girl while trying to get the info. She rolls her bluff/gather info/manipulation/whatever social roll you prefer, and she critically flubs it. “People I trust, it’s the devil inside them I don’t.” Edward norton recognizes the phrase as something that her father, whom he had previosly killed when stealing the gold in the first place, had always said. The caper is up, he sees through her disguise and realizes he is being set up.

But . . . a wonderful thing happens. The plot completely changes direction based on this failure of a roll. The rest of the party walks in and confronts him, they banter and threaten, Mark Whalberg punches Edward norton, they go off to re-plan.

Here is the way I see it happening at the table:

Stella, Charlize Theron’s player, is making her rolls and role-playing her characters actions. Steve, The Gm, asks her to make a roll to get the last vital piece of information. She rolls and flubs it. Boos and groans are heard around the table. One of the other players, Charlie, says “Wouldn’t it be cooler if we had actually planned for her to fail that and we came up and confronted him.” Steve goes, “Yeah. That would be a lot cooler. If you guys want to do that, then I’m up for it.” They talk a little and say, “Hell yeah, lets go for it. We’ll have to change how we go about this, but why not. Our current plans are blown anyways.” The dynamic of the Game being played changes, but everyone has a great time because of the crit fail.

What’s the moral of the story?

Fun should trump the game. Critical fail as a player sucks. It can be funny, it can be played up for the comedic effect but it still sucks. Just because the mechanics have turned against the players, it doesn’t mean the story has to. If the opportunity arises to re-direct a critical fail into some moment of story awesomeness, go for it. Maybe the normally dexterous character critical flubs a jumping roll and misses the cliff edge. Give another player the chance to jump in and save the day, perhaps by having her flying carpet sweep up and catch him, slowly ascending like Marty Mcfly standing on the hood of the delorean. Have one of the players make a redemption roll in order to pull this off. 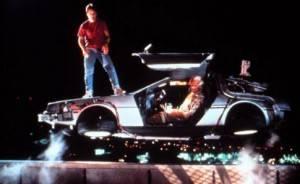 Critically flub on a roll to read the conniving diplomat’s mind with psychic powers, just before he has the players arrested? Maybe instead of connecting with the diplomat to find that one piece of information that would free the players, the player connects with the president’s mind and gets to explain the situation. The players might still get arrested, but with the chance of freedom later.

Is it Fudging?
In a word, yes. While the Game Master isn’t changing the result of the roll, the story is being changed around it. It isn’t changing a roll, its allowing the effect of the critical fail to occur, but its also leaving the out for it. This definitely won’t appeal to gamers who like to live and die by the dice. So here is a suggestion on how to incorporate the redirect:

The Redemption Roll
The player who critically failed, or another player who wants to try to bail them out, makes some kind of roll appropriate to the system in order to redirect the failure and provide a way out. This roll should probably be highly up to random chance and not involve skills, powers or other special abilities. If you want to make it especially hard, require something like a critical success, or only a minimal chance, to reverse the critical fail.

Pay With Points
Another way to implement this is to allot the players a certain amount of points they can spend on redirects, or for other plot altering devices. This could be a unique add-on to action points, but it is also one of the uses that Plot Points in the Cortex System (Serenity, Battlestar Galactica, Demon Hunter) have written in.

So if you think this is a good idea, how do you implement it? My suggestion is to wait until a critical flub happens and offer it as a suggestion to just failing spectacularly. It is definitely something that the group has to be on board with, but it can provide a fun way out of a failing situation, while still leaving the fail in place. So what do you think? Have you ever done something like this? Any other ideas for how to implement a redirect? Any places where you can see a game mechanic trigger a story redirect?

10 Responses to Redirect The Critical Fail