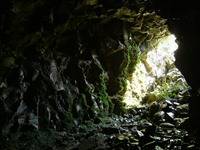 In Phil’s recent article: Prep-Lite: Maps, he proposes a system of making maps for your RPG that reduces prep time but still produces simple and elegant maps. In overview, Phil proposes breaking your map into important and unimportant rooms, making a rough map of the ways your important rooms connect, and using this as a frameworkÂ  for lite improvisation. However, Phil makes this provision in his article:

For some types of games, especially the Dungeon Crawl where the dungeon is a character of its own, the map is an essential component of the game. What I am going to talk about for the rest of the article, does not apply to games like that.

While it’s true that Phil’s approach is non-traditional, with a few minor tweaks and some optional steps, it can be used to replace the typical 1” grid dungeon map even in these situations.

For best effect, there are two minor tweaks to Phil’s system to emulate a more traditional kick in the door, loot the room, tactical grid map dungeon:

That’s it!Â  Your lite map is ready for traditional dungeon exploration play! However, there is some additional prep you could do if and only if you have time and don’t feel comfortable winging them on the fly:

The BIG lite map
In addition to classic dungeon crawls, this same general approach can be used for overland and underdark maps with “important rooms” as important landmarks, sites, and cities, and “unimportant rooms” as everything in between.Â  In the big lite map the rolls to get from one area to another without incident are probably survival or dungeoneering rolls and “random encounters” for failing travel rolls include things like getting lost, monsters or bandits, or even discovering a lair or hideout. The only new feature for a BIG lite map is the addition of travel times between locations.

The Exploration Campaign
It would seem that the lite map is antithetical to the exploration campaign in which the PCs pour over the countryside with a fine tooth comb, performing search checks every twenty feet to uncover all the clues, secrets, hidden locations, long lost dungeons, etc… that the GM has carefully placed, but in fact the lite map can be adapted to this style of campaign with only a few tweaks. Starting with a BIG lite map, where “important rooms” are any locations that it’s given the PCs know about or that you’d have to be blind to miss, make a list of secret locations and the rolls necessary to find them within each “important room” Now whenever the PCs search that area, if their roll succeeds, they find the most difficult to find secret that their roll uncovered. If it’s a tie, they discovered whichever one you feel like introducing. Once a secret is discovered it can be traveled to like any other location, via a successful travel roll.

Lite maps are a great tool for any GM that wants to reduce prep time, travel light, or just simplify their game. Though it may appear at first blush that they aren’t right in every situation, with some thought and creativity, they can be applied to any style of campaign or map.