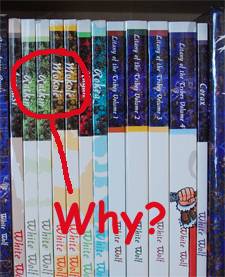 For a variety of reasons, I’ve cut way back on the number of gaming books I’ve bought over the past year — and as a bookworm who never has enough space for all of my books, and whose wife drops regular hints that her Kindle really cuts down on the impending need for additional shelves, that feels pretty weird.

As a GM, I’m used to buying a lot of books for games I run. That’s always made sense to me: I need more of them than my players, and I need them in between sessions, not just at the table, so I want my own copies. I also love reading and owning books, so I rarely need much of an excuse to pick up a new one.

So why the hiatus? It’s not really intentional: I didn’t wake up one morning and say, “I’m going to stop buying gaming books for a while.” It just happened.

Looking at my personal whys raises some interesting GMing questions, which we’ll get to in a moment. Here are the three main whys, first:

I expect #1 and #2 to change as time marches on: we’ll start playing an in-print game, or I’ll run into a GMing situation I want printed help handling, and books will begin finding their way onto my shelves with greater frequency again.

But #3? That doesn’t seem likely to change anytime soon, as I march into my mid-thirties, my daughter gets older, and my life as a whole gets busier. So does that mean I’m looking at a bleak future in which I buy gaming books only rarely? 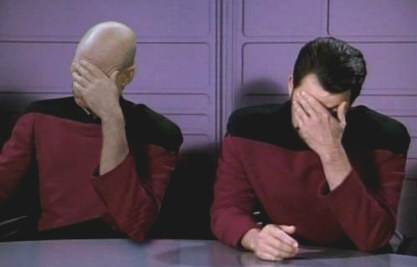 So, the GMing questions:

My answers to the last two questions are “3. Enough to give me lots of ideas, and lots of places to go for new ideas, as well as enough resources to cover my bases nicely. ‘Enough’ varies from game to game: I used snippets of a dozen Mage books for my last campaign, but need fewer books to run Star Trek.” and “4. Nope!”