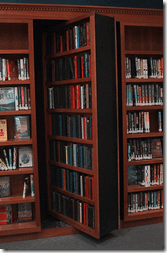 Sometimes you just need to have the bad guy get away. You might need to make them a recurring enemy, you might need to keep them alive for some other plot reason, or maybe you aren’t ready for them to go away yet. For whatever reason you need to do it, here are 5 of the many ways to make it happen.

Ok, this is definitely not a full list of ways to facilitate enemy escape. There are many many more out there, and you can always find new ones by watching TV shows, cheesy action movies, etc. So let me throw in some additional info and give you five ways to use this technique without making it seem incredibly cheesy.

Is an escaping enemy something you use in your games? It seems to me that it is a fairly solid tactic, if done right, to introduce a BBEG and build some real tension between them and the players. What other tactics do you use to do this? What other escape scenarios have you used in your games?