In a Timely Fashion

Today’s guest article was written by John Fredericks, and addresses a topic every GM bumps up against periodically: time, and not having enough of it to do everything you want to do during a session. Thanks, John! 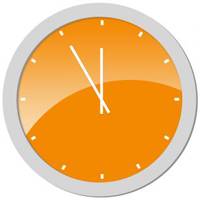 Ever played in a session that just would not end? Maybe the GM just couldn’t bring things to a close, and you had work the next morning. At that point, you really didn’t care about the fourth owlbear. Or maybe it was a convention and you wanted to make your next session (and maybe even eat in between!).

Sure it’s great when everyone forgets about the time and a gaming session thunders on. However, this isn’t always practical, and what is fantastic for one player or the GM just becomes tedious for the others. Here are some thoughts on closing up shop for the night.

Watch the clock, and your players — Let’s get the obvious out of the way: Casually check your watch once and a while. If there is less than an hour left in the session, you should have your players well on their way to the final encounter. You may not end right on the hour, and that’s fine. Gaming isn’t supposed to be a clock-punching activity. But at least you’ll have a better chance of scheduling an exciting encounter to end the session. Also, watch your players. If they’re getting fidgety with their dice or cell phones, then get things moving towards the end. You may even need to break the fourth wall and say something like: “This last encounter will take another half hour. Should we go on, or keep it for next time?” They’ll appreciate your courtesy.

Skip some rooms — Do they really need to plow through three more rooms of orcs or stormtroopers to get to the endgame? It can be hard for GMs to give up rooms or encounters they spent a great deal of time planning. However, if they aren’t essential to the adventure and things are running long, consider skipping ahead. Players won’t even know and you can just use those “lost” encounters for next time.

Combine some encounters — Maybe your notes or the module have them fighting 5 skeletons in one room, then 4 ogres in the next room. But you’d like to get at least some sleep tonight. Consider having them fight 3 skeletons. After a few rounds of softening up the skeletons (or the party), 2 ogres show up unexpectedly from the rear. And if they were supposed to cross a river of lava later, set the whole battle there from the start. This surprisingly simple trick saves time and makes thing more exciting for everyone.

Don’t let them flounder — If players are spending way too much time planning the final attack or aren’t sure what to do, consider gently moving things along. You might ask: “So which plan are you going with? Spreading out or staying together?” Or you can move things along within the story. “As you’re making your plan, you hear loud booted footsteps racing up the hallway.” Drum on the table for sound effects too. Giving a hint is also completely legal, and can even be fun if it is not too heavy handed. The GM or an NPC can make a suggestion, but always let the players make the final call.

Change the stats — Maybe the final Big Bad has 80 hit points in your notes, but you are already WAY over time. No one will know if you cut that number way down. Plus, they’ll feel some satisfaction in capturing or killing him. Or just have Big Bad get out of there altogether. Sure he’s not as bloodied as the numbers say and he doesn’t really have that teleport spell/device, but your players don’t know that. If this seems like you’re going too easy on the players, have Big Bad cause a minor earthquake or something on the way out. Let them make a couple saving throws to try to avoid some minor damage, and you’ve ended on time and with a bang.

Go with what they give you — Maybe you wanted the players to place the crystal globe in the special spot on the altar in the hidden temple that is 12 rooms away to free the sleeping fairy. They decide to smash to globe. If it’s getting late, then smashing the globe works. Now, you don’t have to make it a cake walk: require some rolls for grabbing the slippery globe or send some minions in to defend the globe. But strongly consider using their solution rather than your own. It makes them feel like they’ve really accomplished something. And they have. Who says my original solution was all that great, anyhow?

Finally, what if you can’t wrap things up at a satisfying point? It’s going to happen, and it isn’t any real reflection on you as a GM. Maybe players deliberated a lot longer than you planned, or you just plain ran out of time. One thing you can do is give a quick summary of what they did accomplish. “As you camp for the night, you remember defeating the goblins and finding that strange medallion on the wizard’s body. You’ve taken some damage, but made real progress towards finding the kidnapped prince and his cyclops captor.” With just a couple sentences, you’ve given your players some sense of achievement and closure.

These are just some suggestions for wrapping things up somewhat on time. Have any additional tricks or thoughts you’d like to share?

3 Responses to In a Timely Fashion