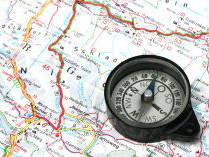 I don’t know about you, but most of the time when I ask my players for feedback it’s like squeezing blood from a stone. Even when they’re clearly jazzed about the game, and they mention having had fun, “I had fun” is often about the extent of the feedback that I get.

I’ve found this to be true with so many groups over the years that I don’t think it’s just me — I wouldn’t be surprised if other GMs have this problem, too. And that’s another thing: is it actually a problem?

Assuming that you, like me, think that getting detailed player feedback rocks, what are some of the best ways to go about soliciting it?

Let’s start with “is it a problem?” and go from there. To be clear, I’m not saying that players who don’t jump at the chance to provide feedback are “bad” players — it’s not for everyone. And at the same time, if you wind up a session by asking everyone what they thought of that night’s game, and everyone says that they had a good time (we’ll assume they’re telling the truth), what else do you need? You set out to make sure everyone had fun, and everyone had fun. For some GMs, that’s enough — and there’s nothing wrong with that.

It’s not enough for me, though. I find that meaningful feedback is one of the best ways for me to make my current game more fun in the short term — as well as to improve my GMing in the long term. If you’re in the same camp, here are some suggestions — things you might consider if you’re looking for a bit more detail than, “I had fun,” or, “that sucked.”

1. Ask Detailed Questions: For starters, don’t just ask how the game was — ask about specific aspects of the game, things you thought went particularly well or poorly. As the GM, you’ve probably got a pretty good idea of which bits went well and which didn’t (and you can always jot down notes about this during the game), and by asking detailed questions you’re much more likely to get detailed — and useful — answers.

Edit: As for when to ask for detailed feedback, some folks (like DM T. in the comments) advocate talking about it as soon as the session is done, when everything is fresh in the players’ minds, while others prefer to wait until later on (as Don put it in the comments, “Asking about the game, right then and there, is akin to asking how the sex was while cuddling afterwards.”). If you’re not sure what’s right for your group, try asking a few pretty easy questions right away — if it goes well, chances are you can look for more detail; if not, you know to wait a bit longer next time.

2. Follow Through: If you’re going to ask for feedback, you should use it. This is especially true when a player tells you what they didn’t like about the game, but it also applies to positive feedback. Once your players have seen that you not only want to hear what they have to say, but will actually act on it, they’re likely to be inclined to give you more and better feedback. Most of us have had crappy gaming experiences somewhere along the line, and the more recent or frequent those were, the less likely a player is to think you’ll care about their opinion without a bit of proof.

3. Give Feedback to Your Players: Some RPGs are set up to involve a constant, collaborative dialogue between the GM and the players (many of the games that grew out of The Forge, for example), but most aren’t structured that way. In other words, a lot of players aren’t used to giving feedback — which is where providing them with feedback comes in. The idea is to make back-and-forth feedback a regular feature in your game, and getting the ball rolling can go a long way.

This can be a delicate topic, so try to keep your feedback constructive even when you’re responding to something a player did that you’d rather they not do again. Think about what you’d like to hear about the game you just ran, and try to give feedback to your players in the same way.

4. In-Game Rewards: Just like the bonus XP activities I mentioned in “Running a Campaign Website,” offering XP, action points and the like in exchange for robust feedback can be a good form of encouragement. Make it clear at the outset what you’re looking for, and what players who provide it will receive for their efforts.

5. Feedback Forms: If asking your players whether or not they enjoyed the game is zero, this is sixty — handing out (or emailing out) actual paperwork for them to fill out. And as you might expect, it’s not everyone’s cup of tea. If you came to game night to blow off some steam and have fun with your friends, often the last thing that you want to do is fill out forms — that sounds a lot like work.

For some groups, though, this might be the perfect solution — it all depends on what your players are like. I’ve seen at least one thread on EN World about this topic, “Do you survey your players?,” as well as a product that includes feedback forms: Campaign Planner 3, published by Ronin Arts.

Edit: In the comments, Don brought up feedback by proxy — when you ask how things went, one person answers and everyone else just nods. Asking for feedback one-on-one, whether in person or via email, or even through a formal questionnaire, neatly avoids this issue.

Like so many things about gaming, soliciting useful feedback from your players isn’t one size fits all — but with any luck, even if none of these approaches tickle your fancy, they’ll have sparked some ideas that will work for you. I’d love to hear about those ideas in the comments, along with any other suggestions you might have about techniques that have worked with your group.

12 Responses to Getting Player Feedback