D&D’s fifth edition has released all of its core pieces; a standalone starter set, the core three books (a Player’s Handbook, a Monster Manual, and a Dungeon Master’s Guide), a GM’s screen, and some adventures (Hoard of the Dragon Queen and its sequel, The Rise of Tiamat). Mike wrote a final Legends and Lore article about “the end of the beginning”—the core books are out, 5th edition has been fully launched. 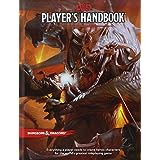 I didn’t participate in many of the playtests, so the edition was new to me when the Starter Set hit the shelves. In fact, I didn’t read the Starter Set in great detail, since I thought I’d be a player and didn’t want to spoil my experience. It was when the Player’s Handbook hit stores, after GenCon, that I started playing regularly. My reason for diving in during late August was idiosyncratic—as a store owner, I wanted to be able to GM if lots of interested players showed up. In the meantime, my gaming group was alternating between a Pathfinder game and the Pathfinder card game, so I didn’t need to master it quickly for them.

Back in early 4th edition, one bit of excitement was the common experience of playing through Keep on the Shadowfell. The kobolds were shifty, surprisingly dangerous (for those of us used to older editions of D&D), and many took a lot of whacking (by older editions’ standards) to drop. The widely played adventure let players around the globe share common experiences and overcome the same foes—and share their experiences via message boards, forums, and social media.

5th edition does the same with Hoard of the Dragon Queen. It was the first standalone adventure, though Lost Mines, in the starter box, came out first… and probably has been played more, excluding organized play. Hoard is the common basis for both home play—you buy the book and run it for your friends, as always—and game store play (Adventurer’s League: Encounters), where the same adventure is roughly broken into weekly encounters. This allows players to experience the same adventure, whether they have a nearby game store or not, and talk about in all the ways people do.

Much like early reports from Keep on the Shadowfell, a number of minor holes showed in Hoard’s play, for the same reason—it’s hard to write a module when the game rules are still changing and the core books aren’t published yet. In both cases, GMs seemed to steer around the flaws and deliver fun to their tables, despite the real problems.

D&D has gone to a unified organized play structure: Adventurer’s League. You can play the weekly D&D Encounters in stores, the published adventures at home with your favorite GM, and D&D Expeditions in stores or at cons with the same character. D&D Expeditions is the successor to the old RPGA Living [X] campaigns, with character continuity from adventure to adventure, but with each four-ish hour long adventure a standalone “short story” of adventure… an expedition. It feels very like the Pathfinder Society, which shouldn’t surprise anyone given the common history.

Other than running long (schedule five hours for most expeditions, if at all possible), the modules deliver the experience they’re supposed to—they’re fun standalone adventures that can be played with the players who make it. It’s not quite the same as a home game—the continuity of a party from adventure to adventure has to be explicitly arranged or you’ll play with a random assortment of the players who make it this session. Still, it’s been fun for me from both sides of the screen.

Locally, fifth edition built up slowly—much as fourth edition did. Encounters began at one table and added tables steadily through the season. We ended the season with 12-15 consistent players, several occasional players, and 10-20 people who tried it once or twice but didn’t make a habit of it. We started Expeditions later, so it started around 15 players (with significant crossover of the Encounters players, but adding several players who could make a weekend game but not Wednesdays), and fluctuates in the 15-20 player range most weeks.

There’s been a lot of curiosity about D&D; on Wednesdays, we started a new Encounters table after the New Year. (We restarted the storyline so people could join from the beginning.) We had a dad who hadn’t played since junior high come in with this son, and three brand new players joined him, deciding to check out roleplaying.

Similarly, at our roleplaying meetup, we had five players—three without any fifth edition experience at all—eager to try out D&D. I ran a from memory version of the 4e adventure I created and shared in this post; fortunately, it worked fine!

So far, I’m enjoying fifth edition. I’m getting to play a lot of it—I’ve run a season of Encounters and am starting again with new players, I’ve run several Expeditions and played a few, and I’m in the process of running Last Mine for my home group.

I’m enjoying this D&D quite a bit; shifting to other games every once in a while (like Lasers&Feelings—thanks Patrick!) has been good at delaying fatigue with playing the same system all the time. I am looking forward to playing lots of indie games at the upcoming Bookwyrm con, but as balance, not burnout.

Do you have any questions about 5e in play? What’s been your experience with 5e personally? Does it seem to be popular in your town? I look forward to seeing what a January 2015 snapshot of D&D 5e looks like to all of you.

5 Responses to Fifth Edition D&D, a few months in