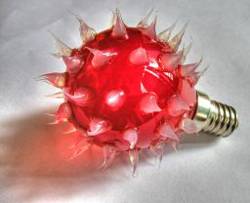 Without exception, in every RPG I’ve ever played that used a fear check mechanic — a roll players have to make to keep their characters from running away — that mechanic is always incredibly frustrating.

“Fear check” is a general term that covers morale checks, horror saves, fright checks — any core mechanic where failing a roll means that your character has to flee.

I draw a distinction between inbuilt fear mechanics and situational fear mechanics. The former (the topic of this post) are part of the core rules — every character has a stat of some sort related to fear.

The latter are not part of the core rules, but instead come up only when certain spells or abilities are involved. Unlike inbuilt fear mechanics, making fear checks in those situations doesn’t disempower the players — it just presents a challenge to be overcome.

From what I’ve seen, game systems employ fear checks to enforce a certain mindset: you, the PC, should be afraid. As a player, that takes an important choice — one that’s rich with roleplaying opportunities — out of my hands. If I don’t want my character to run away (as stupid as that might be), that should be my choice.

Rather than building a game from the ground up to emphasize the fact that there are times when the PCs should be afraid, designers throw in a single mechanic to force them to behave that way. That’s a bandaid to cover up poor game design, not a legitimate solution.

It also provides a crutch for the GM. Instead of having to find clever ways to convey to the players that their characters should be pissing their pants in abject terror, you can skip all that and just say “You failed your fear check? You’re terrified, and you run away.”

TSR’s old Ravenloft setting is an example of the wrong approach. “Gothic horror D&D,” at least as it was presented in the Ravenloft boxed set, wasn’t very scary at all. The solution? Include rules for horror checks, and force a response that the setting didn’t actually evoke.

Any RPG — including D&D in the Ravenloft setting — that features a central fear mechanic would be better off without it. (Call of Cthulhu, with its sanity death spiral, is the only game I can think of that includes a fear-check-like mechanic and doesn’t fall into this category, and that’s because sanity checks aren’t quite the same thing.)

Do you agree or disagree with my take on fear checks? Do you enjoy them as a player, or find them useful as a GM? And am I wrong about Call of Cthulhu occupying a strange, special middle ground?