Failing Forward: How to Make Failure Interesting In RPGs 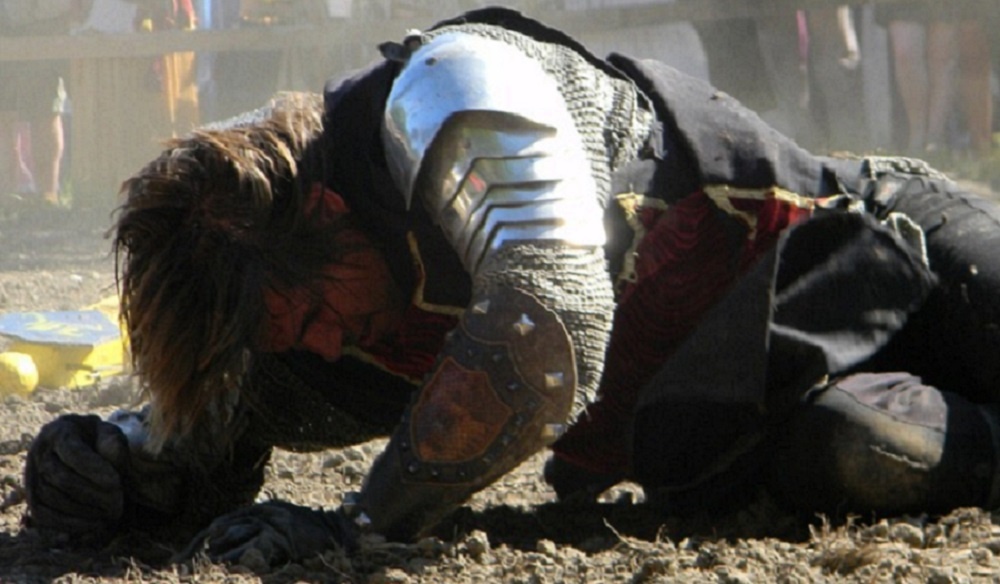 Pictured: the aftermath of stepping on a D4.

Powered by the Apocalypse (PbtA) games have changed the landscape in a lot of very positive ways, but the one that has resonated most at my table – even feeding into other games – is the idea of “failing forward.” That is, creating a partial failure that moves the plot, or at minimum makes things more interesting. This is an idea that’s been around for a while, but PbtA turned this idea into systems, primarily by saying that players may succeed even with a failed roll, but at a cost. This is a sea change for games that had for decades operated practically under the maxim that “failure means nothing happens,” and I want to be clear that this rocked my gaming world. It’s also something that’s almost trivially easy in theory to add to other games. In practice, it’s maybe not as obvious.

The scenario I see used most often is picking a lock. If a character fails, they still pick the lock, but alert the guards or trigger a trap. This is a great example: it’s quick, easy-to-understand, and keeps the game from screeching to a halt when all the plot is on the other side of that locked door. The problem with using (or over-using) this idea is that it can strain the fiction to always have guards or traps waiting in the wings for a failed roll. If nothing else, players will rapidly begin to take precautions against these consequences, which either slows the game, makes the players feel helpless when the precautions don’t work, or both. Also, most groups do more in a given game session than face an endless progression of locks and goblins.

So how can you vary your failures in ways that make a game more engaging?

First, Figure out Your “Menu of Options”

In theory, a really good, creative GM should be able to come up with complications and difficult choices on the fly. But they also say that about coming up with names, and

Hit points are the easiest resource to remove, and this tactic works extremely well for lower-level or survival-oriented games where death is always close. At higher level or in more cinematic games though, taking away a handful of HP barely even registers to players, and the difference between your meat shield and your sorcerer can mean that a hit a fighter barely feels can kill another character outright.

Other options depend entirely on the game you’re playing. Games that use willpower, hit dice, luck points, spell slots, stunt points, or mana systems are good candidates for traps or situations that can offer your characters a choice. Simply say “you fail the roll, but realize that if you juice the system with some magic (or focus, or lean on your luck…) you can power through anyway.”

It’s important to remember that taking away resources that are usually under the player’s control (like spell slots) should always be a choice – give them the option to spend the resource and succeed. Other resources, like hit points, are usually considered to be under the GM’s control, and these can be removed without giving players a choice.

Create Challenges/Complications with a Choice

This is where the “the guard hears you” can come in. While “when in doubt, have a combat encounter” isn’t a bad choice for most sword-and-sorcery games, you can always mix things up a little by adding other kinds of complications. You may think you’re referring to your list more often than you should, but your players are unlikely to notice, or care. My list is below, feel free to modify or add your own and reuse liberally.

Most games with a page count greater than a small town’s phone book have a list of conditions. Feel free to use them. Things like blinded, deafened, and exhausted almost always add to the game. But think about other options as well. Things like “stinky” after perforating the colon of a large monstrosity, or “loud” or “dazed.” Use other conditions as a template (or just shamelessly reskin one and call it something else). Make sure your players have an easy way of keeping track of how their rolls are being modified. If you’re playing in person I recommend spraying your players with patchouli oil if they get the “stinky” condition.

I recommend spraying your players with patchouli oil if they get the “stinky” condition.
(editor’s note: do not do this).

Another thing to think about is potentially (temporarily) removing access to a resource that the characters rely on. A broken sword or wand that’s on the fritz until time is taken to repair it (especially if your adventure is on a timer – which it should almost always be), can add some awesome tension. 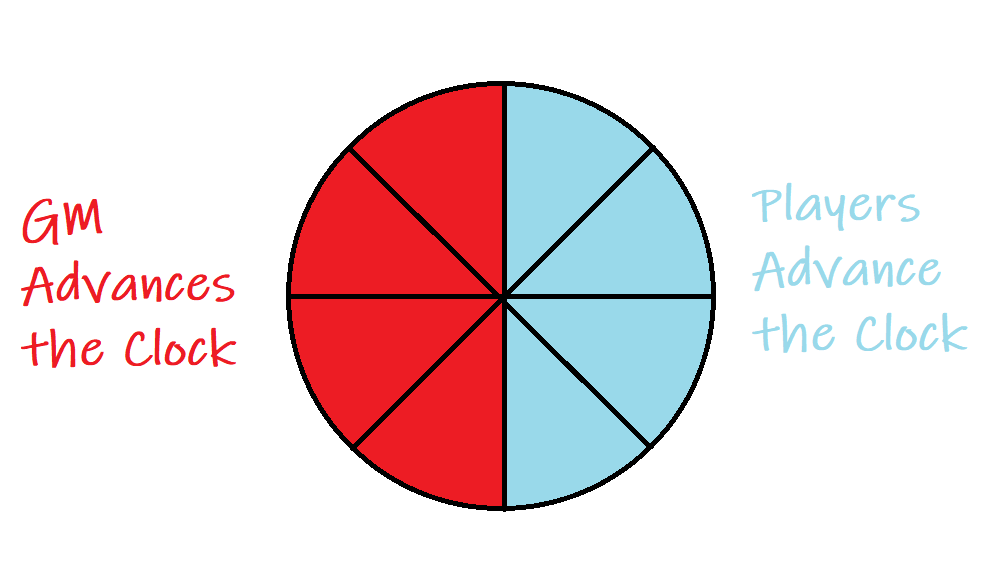 A DOOM CLOCK for your game.

Disaster! Woe! Think of what failure that doesn’t stop the plot looks like for the scenario the characters are in. Maybe they’re trying to retrieve critical information to stop a demonic incursion: they don’t get the information, but they do find out where the incursion is taking place in enough time to evacuate the populace. Maybe they’re trying to rescue a king – they fail, but learn what his final wishes were. Think failure with a way forward. Got it? Now we’re going to find a way to make that potentially happen.

Create a tracker from 1-8 (or so). Some failures will move the tracker up one toward The Bad Thing. Let your players decide whether they want to succeed at the cost of moving the “clock” toward abject failure for the first half of the “clock.” The first few choices are theirs. After that, the GM decides which failures move the clock forward.

Let’s reverse course a little. The point of making some failures interesting is to keep the game from getting boring or predictable. Not every failure has to be a choice or change the landscape . Sometimes it’s okay to just let a failure be a failure.

This is particularly true for rolls that don’t especially move the plot forward. We all know the rolls I’m talking about: learning more about a monster, getting additional information from an NPC, or getting some additional intel about a potential encounter. In cases where your players are trying to build an advantage, it’s more than okay to just let them fail. The overall arc of the plot isn’t impacted, and it lets those rolls that you do make into difficult choices or consequences even more special and interesting.

Bonus: Map your Complications to Your Rolls

Now you have a “menu” of all the different ways that you can complicate a roll. You could just use the table at the end of this article to roll up consequences when a character fails and you want to make things interesting. That works just fine, especially when you need a consequence in a hurry. But if you really want to make this approach sing, try mapping out specific consequences to specific failures.

If you’re using a prewritten module, this can be as easy as picking a consequence and writing it in the margins of the adventure. If you’re running the adventure yourself, or are using a bare-bones outline, pull out some possibilities for consequences for each part of your outline – ask yourself “what kind of thing might happen in this area based on my list?” Then work backward from there.

All of this is just my approach. YMMV. Do you have some additional consequences you use in your game (or would like to?), sound off in the comments!

A Random Table For Your Convenience

Need a consequence in a hurry? Roll on this table. If the consequence doesn’t make sense, guess what? You can roll again.