The real world is a rough place. People move, take new jobs, go back to school, have family or health issues. (And sometimes they get mad at you, or you at them. But let’s not go negative here). When a player leaves your group for whatever reason, there are two effects. First, you may feel a loss because you are losing time with a friend or pleasant acquaintance. Second, you have to figure out what to do with their character.

This column will detail some ways to handle abandoned characters within an ongoing campaign. I’m not proposing any one right answer, just looking at the pros and cons of three options.

The Fade Out
The simplest option is to have the character retire from the party. At the next plausible juncture, they decide to stay in town, get married, get transferred to a different starship. In a way, this actually breathes some “realism” into your game world. These kind of things happen to our friends and family all the time. (Except for the starship part, curse you physics!!!) Also, if the player eventually returns, their character can always pick up their sword, blaster, or utility belt and rejoin the party. I suppose the ultimate Fade-Out is having the character die, but that’s usually not necessary unless the player who left was a jerk. Then drop a meteor on their character.

One concern about the fade-out is that if the player returns, their character will be at a much lower level than the rest of the party. Also, with this method, the party may lose an essential role. It can be tricky if your healer or thief retires and no one else has those skills.

Someone Else Runs the Character
Another option is to hand off the character to a different player. If someone new is joining your group, or just sitting in for a few sessions, they may be willing to run that character. That way the group doesn’t lose those essential skills, powers, or spells. However, this won’t always be the case, and it is bad practice to force someone to play a character they don’t like.

Alternately, a current player may choose to run the abandoned character along with their own. This can help maintain party balance, and the character can advance along with the rest of the group. However, running two characters is difficult. You don’t know all their skills and abilities in the same way that you would if you had been running them the whole time. During play, you have to be flipping between two different character sheets and two different mindsets. This can be especially tricky in online play when the character sheets are another window to deal with.

A variant on this approach is to have the character become a party NPC. The group collectively decides how they will act. In my experience, this tends to slow down the decision-making process, and the former PC becomes little more than a bucket of extra resources. This has the potential to take some of the spotlight away from the current players.

GM NPC
In some groups, the GM may opt to run the character. In these cases, it is probably better if they becoming a recurring friend rather than a full-fledged party member. Running a game takes enough mental energy as it is. Running a character as well will be one more thing to take your focus from GMing. I know some GM’s can make that work. Even in those cases, be careful that the GM NPC doesn’t steal the spotlight from the players’ characters. Keeping them in the background as a friendly face provides continuity to your campaign without being an added distraction to anyone.

You may even have them return as villains. Perhaps they fell under some kind of mind control that has turned them evil. Rescuing an old friend from the clutches of darkness sounds like a great adventure hook to me. Think “Return of the Jedi.” You can certainly have them turn to evil fully of their own volition if you wish. However, first consider whether this will cause any real-world problems between you, your group, and the former player. If there is ANY chance of hurt feelings, go a different route. This is only a game.

Concluding Thoughts
There are a million other ways to deal with abandoned characters. Promote them to admiral and make them the boss. Have them die and become a celestial benefactor to the party. Have them whisked away by a quirky fellow in a blue box (be still my heart!). No matter what you choose, have it make the game more interesting for the current players. Pick an option that provides meaningful choices for them.

How about you? How have you handled this issue? Am I off-base anything? Tell us below.

This post is brought to you by our wonderful patron Erekíbeon Barbagrís, supporting us since July 2016! Thanks for helping us keep the stew fires going! 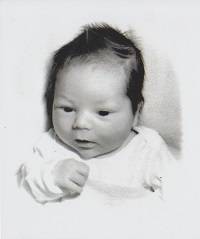