A Bandoleer of Bangs

I’m currently the producer for a pair of Primetime Adventures shows. Each show has completed its pilot; now we’re on to the first season. To get there, though, requires very different preparation from my usual.

While GM prep is required in Primetime Adventures, the producer isn’t in charge of the same elements as a traditional game’s GM. The producer sets the episode’s scenes in response to requests by players. To request a scene, the player specifies the characters involved, whether the scene is focused on character development or plot advancement, and the location. With the player specifying so much, you might be afraid that the producer is left adrift in pure improv. It’s not pure improv… though there’s a lot of thinking on your feet for everyone.

That difference, incorporating scene requests, changes a GM’s prep. While it’s important to identify good locations (which, fortunately, you all worked on together in the pitch session), and to have interesting opposition at the ready, you really can’t prepare full scenes and scripts for the villain’s speech.

Fortunately, there is a style of GM prep that matches the GM’s responsibilities in PTA.

The Gnomenclature glossary defines bangs as:

A situation that forces the PCs to take immediate action to avoid dire consequences, without constraining exactly what actions they take.

It turns out that adding a good bang to the player specified situation makes for a compelling scene. Picking the right bang to kick a scene from exposition into interesting choices and action is much of the producer’s responsibility in PTA.

Crafting good bangs is an art, and not one I’ve yet mastered. Fortunately, Primetime Adventures gives you a number of tools to aid bang creation.
Share
Tweet
Reddit
Email

Crafting good bangs is an art, and not one I’ve yet mastered. Fortunately, Primetime Adventures gives you a number of tools to aid bang creation. The most fundamental aid is the character’s issue: the flaw that plagues the character. Every scene risks that flaw being revealed or combusting. That guides the producer: if a character shouts angrily about Germans, then introducing Germans of all kinds, revealing the German heritage of an NPC they’re fond of, or having Germany declare war all might be excellent bangs for the character.

Just about everything on the character sheet in Primetime Adventures is good source material for bangs. Connections are people who are intimate in the character’s life–a classic source of tough choices. Deceiving Aunt May is a choice, and making you sweat this week’s lie is a good producer’s job.

You’ll want to have enough bangs prepared so that you always have one available when the requested scene doesn’t inherently spur action. Both players and GMs often freeze in the first few sessions of Primetime Adventures. The breadth of scene requesting is a trip to adjust to as a player. Learning to run with players defining many scene elements, but also identifying good spikes and twists to increase a scene’s drama and encourage PCs to make hard choices, is a skill that requires development by producers. 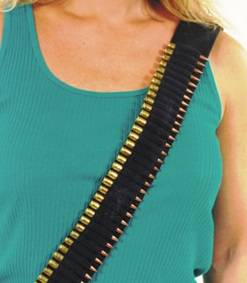 One of the harsh truths is that you’ll only use a few prepared bangs each game. The players and plot will juke, or it turns out that the tension that you’re developing would be diminished if you brought in bang with a different source of adversity. Sometimes new depths are revealed about the character, which invalidate assumptions you made in crafting your bang.

The result is almost the same advice as writers receive: don’t be afraid to kill the bangs you crafted. If you have plenty—more than you can use in a session—then you won’t be tempted to stretch an inappropriate or recently invalidated bang. Since so many bangs tie into the fundamental nature of the character, most of the bangs that you prepped will work next session. Even an invalidated bang points sharply at the character, so updating it often requires changing only the NPC forcing the decision.

Have you prepped with Bangs before? If you have any tricks, I’d love to get better at crafting good ones. Please share your experience and advice in comments.

2 Responses to A Bandoleer of Bangs