Which Game Changed the Way You Play? 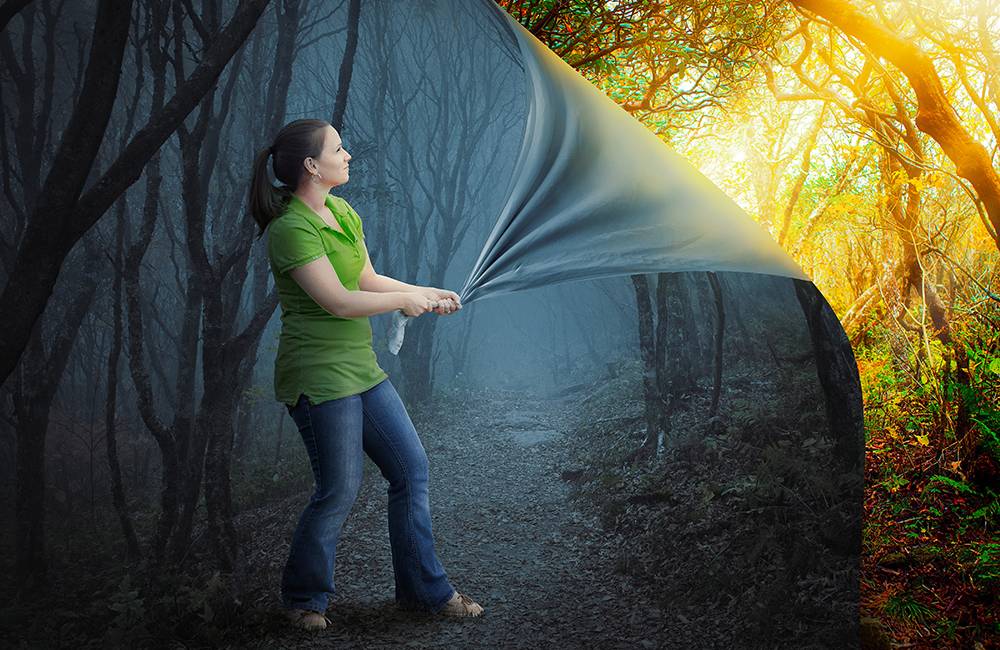 Drawing back the curtain and seeing the possibilities . . .

If you’re out and about on social media with a preponderance of RPG loving friends, you may have seen the #RPGaDay thing that’s been going around for the month of August. I’ve been putting them up each day on my Facebook and it’s been sparking some interesting discussion. It’s especially fun to see friends that don’t know each other, and will probably never meet in person, bonding over love of RPGs.

That’s not really what I want to talk about today, though. It’s been fun, but one of the questions really got me thinking. Day 7 asked “What has been your most impactful RPG session?” Some people responded with which game session hit them hardest in the feels and evoked a real emotional response. Many of the anecdotes shared talked about some of the emotional highs and lows of their characters’ lives. One friend spoke of a horror western game where they were fighting a man that ‘no living man could kill’. So, when the time was right, he put his head between the gun and the bad guy and pulled the trigger. Another friend who played that same game popped into the thread to shudder in remembrance of that particular bad guy.

That wasn’t the only way the question was interpreted, though. Myself and some of the other folks responding looked at it from the perspective of games that changed the way we play. The intense emotional moments of investment in a game are why I keep playing, but sometimes you just experience a game that completely changes the way you look at RPGs and how you play them. Maybe it was the brilliance of a game system you hadn’t looked at before, or the way a GM or another player approaches the game, giving it a different flavor than you expected. Regardless, it ultimately changes how you game from then on.

One friend, Jason, spoke about how his group was vehemently against playing anything other than D&D. Whenever they’d tried something else, it was disappointing and they always found themselves going back to D&D. One game night, though, their regular GM was unavailable and another player offered to bring Star Wars to the table. Well, playing something was better than playing nothing, so they begrudgingly agreed to give it a try. By the end of the session, everyone there had a fantastic time and they were begging the new GM to turn that game into a campaign. Jason said it opened up the whole group to trying new things and broadened their outlook on what RPGs could be.

Suddenly I was reminded of what games could be and shown what they SHOULD be.
Share9
Tweet9
Reddit
Email
Another friend, Cheryl, mentioned a game that changed her outlook in a different way. During a HarnMaster game, the GM asked for a climbing check that her character failed, causing her to lose her grip and fall to her death. After an awkward moment around the table, the GM quickly ret-conned the whole action and everyone pretended that climb check had never been called for. For Cheryl, it taught her the value of never asking for a roll unless you’re open to all outcomes the dice might bring you.

For me, it was a moment that came after a very long hiatus from gaming. It was 2003 and it had been about ten years since I’d been part of a regular RPG of any kind. I’d played a bit online, but it wasn’t the same. Realizing I needed RPGs in my life, I started looking for people to play with. I eventually found a face-to-face game, but the GM was really bad. I mean really really bad. Gaming horror stories levels of bad. But, it was a game and the other players seemed kind of cool. If you wanted to game, you had to take what you got, right?

After a couple months of this awful game, I learned that there was going to be a gaming convention in my city that month. Figuring it couldn’t hurt and would give me something to do that weekend, I showed up and signed up for a couple of games. Talk about revelations.

The first game I played at the con was worlds away from the ridiculous slog of a D&D game the awful GM was running. The GM had actually put thought into the world and the NPCs that inhabited it. He responded to the players and their characters’ actions without railroading them into what he thought should happen. In another game that con, I got to play a game where we built characters together and essentially created the world of the game, making what our characters did matter on so many levels.

Change is the only constant…

Suddenly I was reminded of what games could be and shown what they SHOULD be.

I never went back to the awful game. A few weeks later, one of the other players contacted me and asked if I’d be interested in gaming if we didn’t play with the bad GM. Basically, after I left, the other good players also ended up defecting and we started our own group that’s still going strong today. That one reminder taught me to never settle for sub par gaming, to always strive for a better game experience. There have been other revelations over the years, but that was probably the most pivotal and crucial in my gaming life.

So what about you? Was there a single game or a campaign that changed the way you look at RPGs forever? I’d love to hear your stories too.

6 Responses to Which Game Changed the Way You Play?