Regardless of the edition of Dungeons and Dragons, it seems that no class invites revision faster than the ranger. It’s seen variously as under-powered or overpowered; too much of this, too little of that; or in flavor and concept, failing to match up with someone’s idea of what the prototypical ranger is. 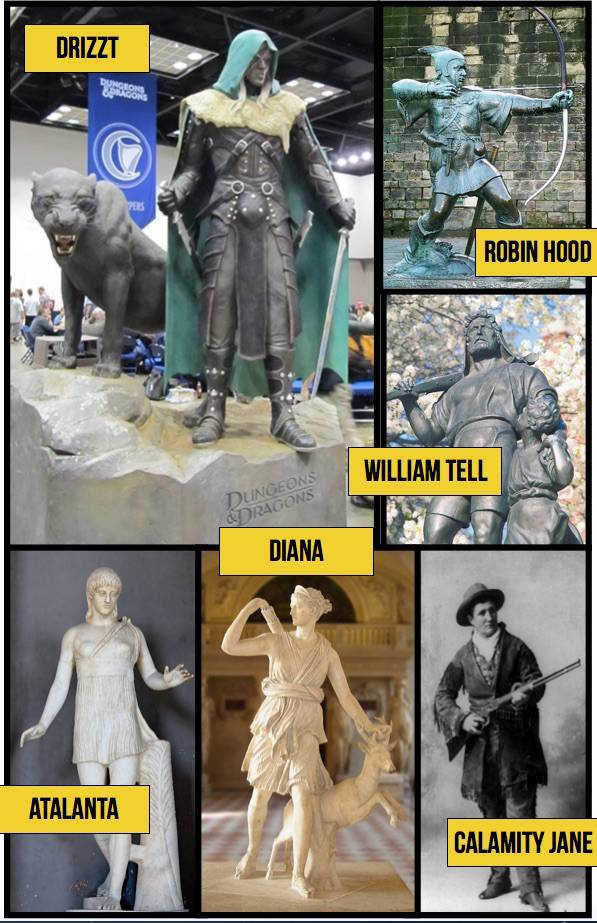 While we’re discussing literary and folklore archetypes, where did all those spells come from? Robin Goodfellow or Puck, I suppose.

And speaking plainly, many GMs know from experience that any version that includes an animal companion class feature is one that potentially disrupts party balance; essentially a player starts running two characters — the ranger and the companion — shifting the focus of play, Â especially combat, entirely on them. To address that, many GMs create homebrew alternatives to the ranger.

So, it comes with little surprise that in its Unearthed Arcana series at the D&D website, the Fifth Edition ranger has received its second suggested revision (with at least one more guaranteed).

It reminds me of the Third Edition days, when Monte Cook released his version of the ranger online, then the Scout class came out in Complete Adventurer, the ranger as prestige class was presented in the 3.0 Unearthed Arcana and then Pathfinder tackled the ranger, which added abilities to all those “dead” levels.

And that’s really just the tip of the iceberg of tinkering with the ranger.

In this current iteration, the designers say that player feedback from playtesting and conversations on social media is driving the revision process. It will be interesting to watch as it develops.

I think no class illustrates the tension that exists between the sorts of players that desire a character that can act independently of the group — handling a combat entirely on its own — and those that want to work within the group dynamic as a supporting character with the ability to navigate a wilderness setting as the ranger.

I’m not sure there is a class that can be designed that meets the expectations of both ends of the spectrum.

To be honest, I thought I’d long ago given up creating new classes in the d20 sphere. There’s plenty already out there. And frankly, my goal in designing classes has never been to present a baseline version of a class. Rather, I’ve built classes that I think fit the theme of a particular type of game.

I’ve always believed a ranger should be martial in character, but grouped thematically with its Celtic cousins, the bard and the druid (and, occasionally, the barbarian).

With that in mind, here’s my ranger under the Fifth Edition rules, a martial wilderness champion. It’s hardly definitive, but I think it’s playable.

2nd, Natural Explorer ability of the ranger replaces Action Surge of a fighter.

3rd, 7th, 15th and 18th levels, instead of a martial archetype feature, that player selects either the Hunter or Beast Master ranger archetype.

20th, select Extra Attack (3) or Foe Slayer (if it has Favored Enemy)

Let me know what you think of this straight-forward revision, which ditches spells in favor of a martial build. Or chime in with your experiences of player characters who bring the ranger to the table. I’d especially like to hear stories of players who maximize the ranger abilities while still working in concert with the other players at the table. But if you have a cautionary tale to share, too, feel free to add that.

2 Responses to Troy’s Crock Pot: Tinkering With the D&D Ranger