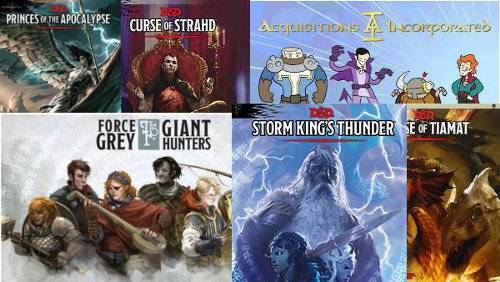 So What Is WotC Doing With D&D?

We all think of D&D as a game, but I don’t think that’s how the people over at Wizards of the Coast are looking at D&D anymore. They’re treating it as a brand and are focused on storytelling. The game is not intended to be the prime money maker, but the promotional piece that creates some money and sets up everything else. This came up through a conversation when a listener over on Misdirected Mark Productions, I believe Rob Whitaker, asked about WotC creating a book that helps with world building and would have examples in it for how to do Dark Sun or Dragonlance, for example. I thought it was an interesting idea, but because D&D is focused on the brand of D&D and storytelling they don’t necessarily want other people making stories in their worlds, they want people to buy into their stories. Lets take a look at why I think that. 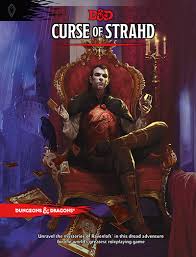 First let’s look at their strategy of product creation. They’re looking to sell the customers stories and facilitate the ability to play the game, not give the customers ways to make their own stories. Since the Player’s Handbook, Dungeon Master’s Guide, and Monster Manual came out the majority of books have been campaigns: Rise of Tiamat (2 books), Princes of the Apocalypse, Out of the Abyss, Curse of Strahd, and Storm Kings Thunder. The Sword Coast Adventurer’s Guide seems to be the only book that doesn’t fit that plan and wasn’t all that great anyways in my opinion. It’s fine as a FR gazetteer but I don’t think we really need it to re-familiarize ourselves with the Forgotten Realms. Doing so creates a sense of community. If everyone plays Curse of Strahd then we can all talk about our Curse of Strahd experiences, both the differences and the similarities.

Spell cards through Gale Force 9, mini’s via Wiz Kids, board and card games through various publishers. Comics through IDW. There’s more, but they’re letting other people who are better at making those things and marketing those things create those things, and are still getting a cut of the money. 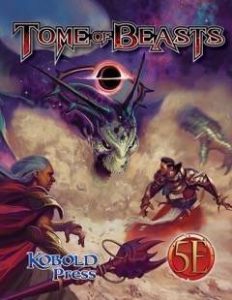 They created the DMs Guild on Drive Thru for scouting talent and letting people throw up whatever they want so there is a constant flow of content. Plus there is the SRD, so publisher’s like Kobold Press can now make 5e versions of things. Have you seen the Tome of Beasts? It’s aÂ beautiful book and probably a better monster manual than the Monster Manual,Â and I really like the most recent iteration of that book. So when it’s not a story WotC is trying to tell with D&D they’re not bothering with it.

Oh yeah. They farmed out the licence to an MMO that is free to play with in game stuff you can buy, but every update to the game is right in sync with whatever story line is going on in D&D. More synergy. More storytelling. More focus.

Actual Play
Â We all think of D&D as a game but I don’t think that’s how the people over at Wizards of the Coast are looking at D&D anymore. They’re treating it as a brand andÂ areÂ focused on storytelling.Â

They’ve thrown money into APs, both streaming live and highly edited ones. The Force Grey Giant Hunter’s series and Acquisitions Incorporated series are prime examples of this. Let’s not count the numerous APs, both video and streaming, that are all over the place that have people playing D&D. Critical Role is the most famous of those with Matt Mercer who is also the DM of Force Grey. YouTube, podcasting, internet celebrities, and in a bold stroke, live streaming the Acquisitions Incorporated game at Pax Prime in movie theaters across the United States via Fathom events have all been storytelling opportunities and marketing moments for the brand of D&D using new media.Â The APs are also showing people how you can play D&D so we can see it and mimic our favorite styles instead of just trying and figure it out on our own.

So there are rumors that the novel lines for the Forgotten Realms are going away, that Bob Salvatore’s Drizzt Do’Urden is about to wrap up his possible final story, that Ed Greenwood is done with Elminster, and we know Erin Evan’s Brimstone Angels series is done. How is that a focus on story? They’re cleaning up their continuity. They want the characters we focus on to be the ones of their choosing that are coming in the future.

WotC now supports both Roll 20 and Fantasy GroundsÂ with licenses and content. Â You can buy Storm Kings Thunder on either of these platforms to get all the stuff you’d need to run them, maps, tokens, stat blocks. They’re pushing their story through them andÂ giving more people ways to play.

Here’s my last thing. Why have a play test that went on for years without putting out anything new? You’re not making money on the game. The answer is they probablyÂ didn’t need to because it wasn’t costing WotC that much in the grand scheme of things while the game lay fallow. It gave them time to create a game that would sell well initially and then become a moderate to minor money making line and promotional tool for the brand of D&D.

Now before you get all grognardian on me, hear me out. We still have the game. The game is being supported. Material is coming out from WotC and other locations, so it’s not like they don’t care about the game. It’s still a pretty important part of the plan because it’s a major avenue they have to deliver story to us. There’s also another benefit. If you hate game iterations this is great. Because the focus on storytelling mean the games life will be longer. We’re not getting splat book bloat because just selling books isn’t the whole plan or even a profitable one for them.

Now what do you mean it’s not profitable? They sell tons of copies of books every time they put one out.

Ok. I’m gonna armchair finance this thing for a second and please feel free to disagree with me in the comments below if you have a better understanding of how corporate financial structure works. It won’t be hard. I’m not a corporate guy, but I know a bunch of them. Is that like staying at a Holiday Inn last night? Not sure but lets go with it.

Yes, D&D sells a bunch of copies of a book every time they put one out, but they’re Hasbro. D&D does well but doesn’t make Monopoly money or even Ticket to Ride money. Their profit margins are way different for what is successful and not successful and in the past that splat book a month process didn’t meet their profit margin requirements. If they wanted to keep making D&D stuff they needed to do something different with it and decided to use D&D as a promotional tool for a movie and expand D&D from an RPG to a brand because a successful movie, and all the licensing and exposure bumps from said movie, will also kick up sales across the board to everything and make all their licensing deals in the future more profitable. The nice thing about the process they’re going through — the books they are releasing, the DMs Guild, and the licensing agreements — is they can maintain the money streams without wasting a lot of capital. I mean how much do you think a 100,000-unit book run costs, and I’m sure that’s probably on the low end of what WotC actually orders, when they order books? If you do that once or twice a year and don’t sell enough books it doesn’t hurt that bad when you’re looking at a giant paycheck from a movie and all the residual benefits that come with it. If you do that once a month and have three bad months’ in a row corporate starts firing people.

So that’s what I think the brand of D&D is up to with the best evidence I can garner to support my thesis, where they’re aiming at, and why they’re aiming for it. I’d love to hear your opinions on the subject and see why you believe them. Also, have a great day.