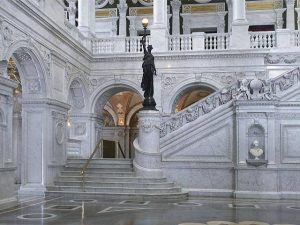 For the novice gamemaster, designing a level of a dungeon can be a daunting, yet rewarding, task.

Keep in mind, a good dungeon crawl should contain a variety of elements.

There should be something to challenge each party member’s specialty ability or skill set, as well as something to amaze, to amuse, to frighten andÂ  perhaps something it would be best to evade or avoid.

Above all, though, is the big room. Or should I say, The Big Room.

This is the centerpiece of the dungeon level. It often is where the PCs encounter the big bad evil dude, dudette or monster. It can be – but not necessarily is – the climatic point of the adventure. Which means, hopefully, the Big Reward is somewhere nearby.

It’s the place where the clautrophibic atmosphere of the dungeon opens up into a chamber of vast wonders. It is daunting in size and scope. It also’s the place where distance becomes a factor and creatures (or constructs or mechanisms) of great size can encountered.

And here’s the fun part:

This is where the GM gets to “think big.” You want something outlandish? You want the proverbial “sharks with frikkin’ lasers on their heads” moment? This is where it goes.

You want evil dwarves guarding a decaying stone bridge over a flow of lava — while harpies circle overhead dive bombing each time you try to cross? You put it here.

You want a thousands lit torches revealing the stone coffins of a hundred mummy kings arrayed before an altar to an evil god presided over by a lich king? As good as spot as any.

You want a gladitorial arena featuring a death-defying obstacle course of pendulums, traps and pits? (Guarded by a host of minotaur centurians, of course). Blood on the sands, indeed.

Let yourself think big. Go wild. You know that special monster you always wanted to run but never really could find a reason to fit it in? It goes here (right along side the elder red dragon and its pile o’ stuff).

Often on Gnome Stew we talk about restraint, about keeping things manageable. We’ve got advice on plot points and structure and NPCs written for a specific purpose. We address structure and balance. All excellent things.

But letting yourself think big — that’s the reward for being a gamemaster. 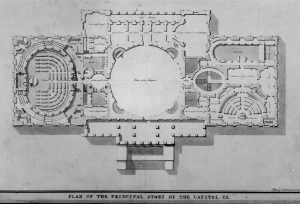 Take that graph paper and outline a huge area in the middle of the sheet. Do it first. That’s your Big Room. The rest of the level’s lesser chambers can be drawn and filled in later.

Now imagine some great artificial or natural terrain feature. A bridge. A great altar. A pool. A vault. This is your Bridge of Khazad Doom. This is your Chamber of Secrets. This is your nuclear silo beneath The Planet of the Apes.

Now, open up the rule book to either the spells or traps section. You need to gimmick it up. Add some kind of magical, mystical or mechanical effect. You are constructing a place of power. Let it emanate.

Next, populate it with NPCs or monsters, or preferably, both. This is your centerpiece. Go wild. (You can worry about adjusting for game balance later). Feel free to indulge your whims. Think like a bad guy. What would you want in your evil lair?

Pile up the loot. Should your players survive this, they’ll deserve some reward. Make it worthwhile for them to have navigated this.

Lastly, add in the atmospherics. Dress up the room. Eerie or dazzling lights. Creepy or ornate tapestries and furniture. Gaudy or grotesque ornaments. Machinery that throbs, hums or creeks.

Take a step back. Look at what you’ve created. Now it’s time to tweak it, adjusting the powers and effects to what would be appropriate to your party’s level. But hold to your original vision. Don’t change the names of the monsters or the devices, just adjust their powers and strenghts. If you want super-powered kobolds or a nerfed remorhaz, do so. It’s all under the hood anyway.

Just remember to leave the door to the room cracked open. You want the PCs to come in, after all.

5 Responses to Troy’s Crock Pot: Playing in the Big Room