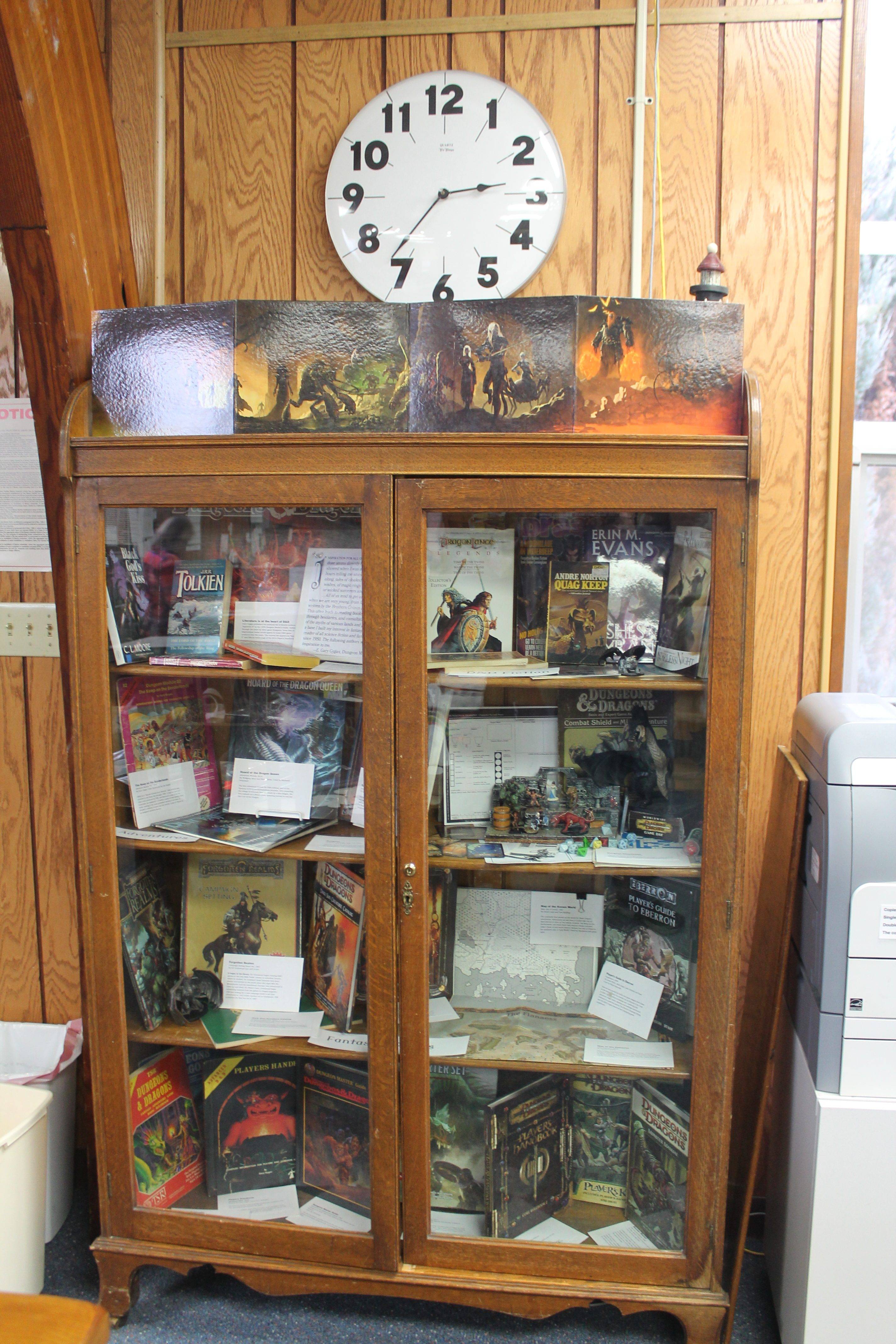 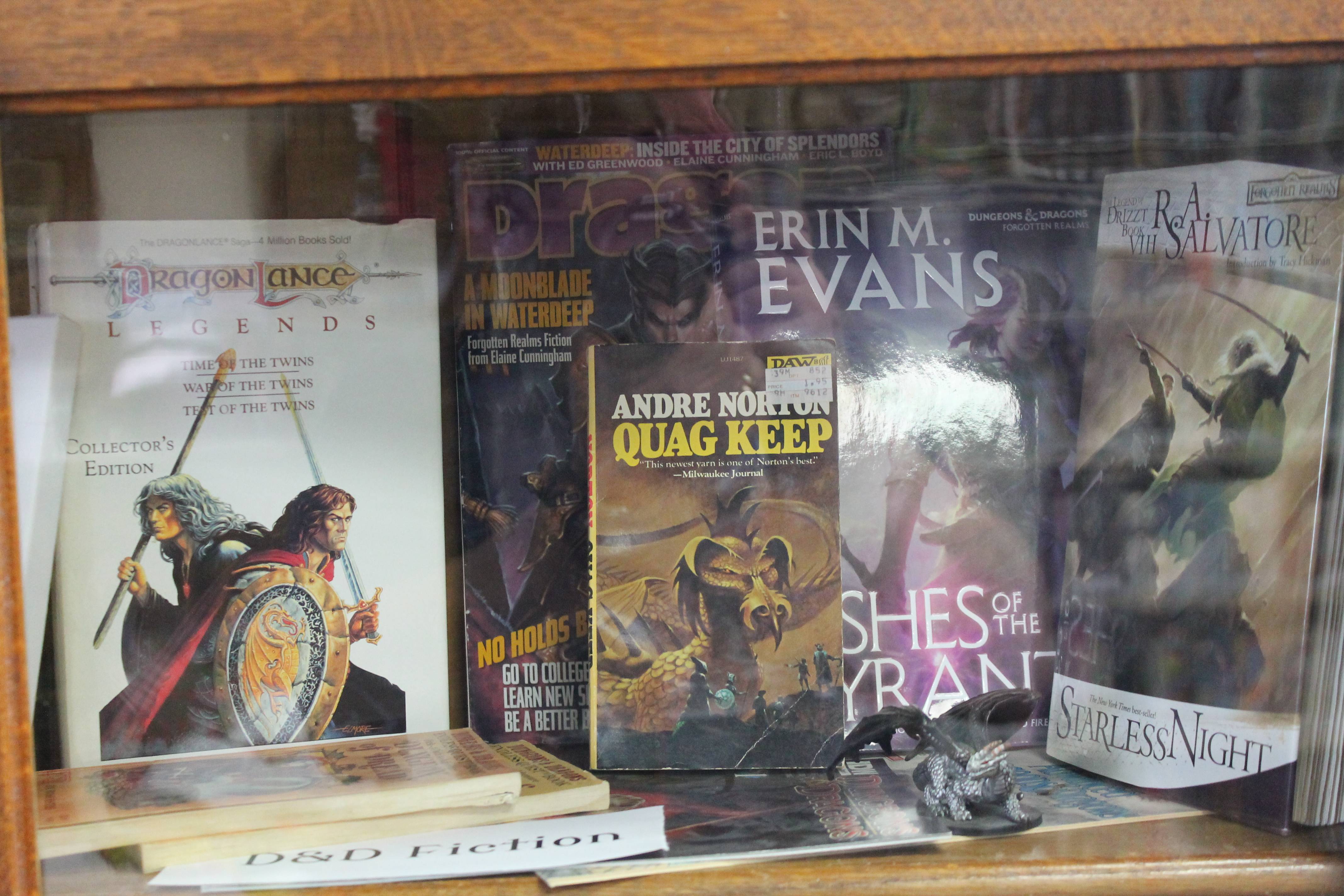 The right side shelf was an assortment of gaming accessories, dice (including some that you had to use crayon to fill in the figures), character sheets, a DM Combat Shield, tokens, dungeon geomorphs, a Deck of Many Things, monster stat cards, cardstock Dungeon Tiles, and, last but not least, miniatures (some personally painted, others pre-painted) in a Hirst Arts diorama. Â I even found room for a black dragon. You can’t have a dungeon without the dragon, after all.