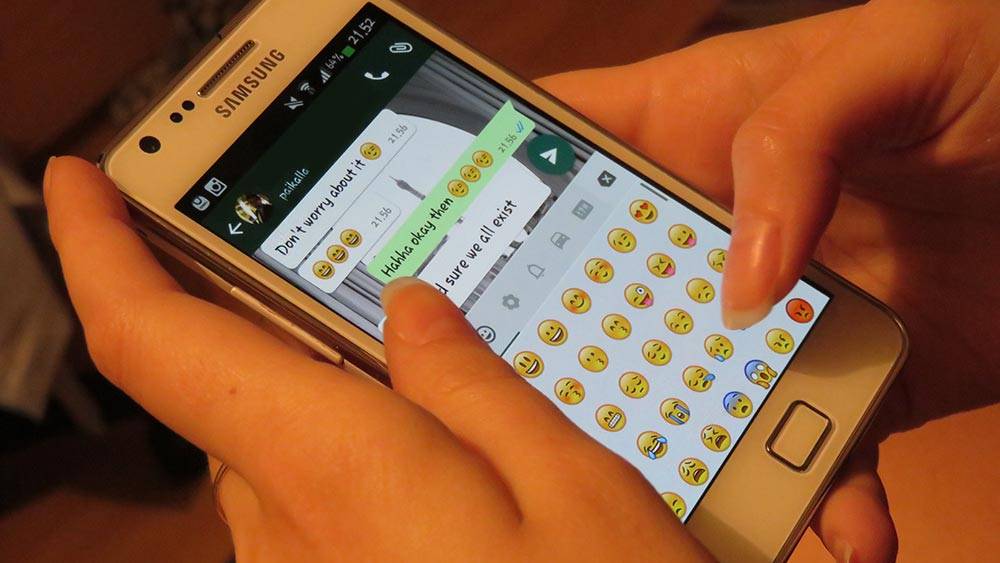 Today’s guest articles comes from Craig Dedrick and covers a way to make texting in game… hold on let me just reply to this… not an annoyance at your… wait, hahha. Man that was funny… table. – Phonebound John

I think that we can all agree that when players start to check their phones at the table, it is a signal that there is a problem. For one reason or another, the player is not engaged in the game. Who is at fault in this situation? Is the GM to blame for not creating a compelling scenario? Or is the player at fault for not giving their full attention to the game? Is it even a problem when players pull out their phones when the spotlight is on someone else? Recently, I encountered texting at the table for a different reason.

At a recent convention event, I had arranged to run a session of Dread: Pandemonium for a group of players, all of whom were significantly younger than me, and several of whom are relatively new to the RPG hobby. Things proceeded admirably and predictably for the first while, and then the texting started: but not the sort of texting that I had been expecting.

My players began texting in character.

The Dread scenario involved a group of demon hunters investigating some suspicious deaths in a small town. I had listed “phone” on everyone’s character sheet, and really thought very little about it. However, once all of the players realized that they all had phones, they decided to make use of them, starting with a social media search of the victims. When the players began their proper investigation, they eventually split up, but decided to keep in touch via text. Rather than using notes or talking across the table they opened a group chat on Facebook, changed their nicknames to their character names, and texted in character. This happened, on and off, for the rest of the session.

Not only was this unexpected: it was fantastic! 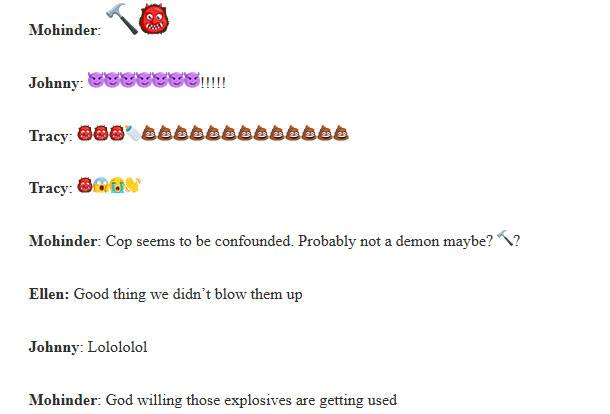 When the group was split up, it gave players who were not in on the action a chance to participate. It allowed them to instantly funnel information and warnings to each other without breaking character. Furthermore, it completely sidestepped the issue of players going on their phones to check their out-of-game messages and what have you when not in the spotlight because they were interacting with each other in the group chat. 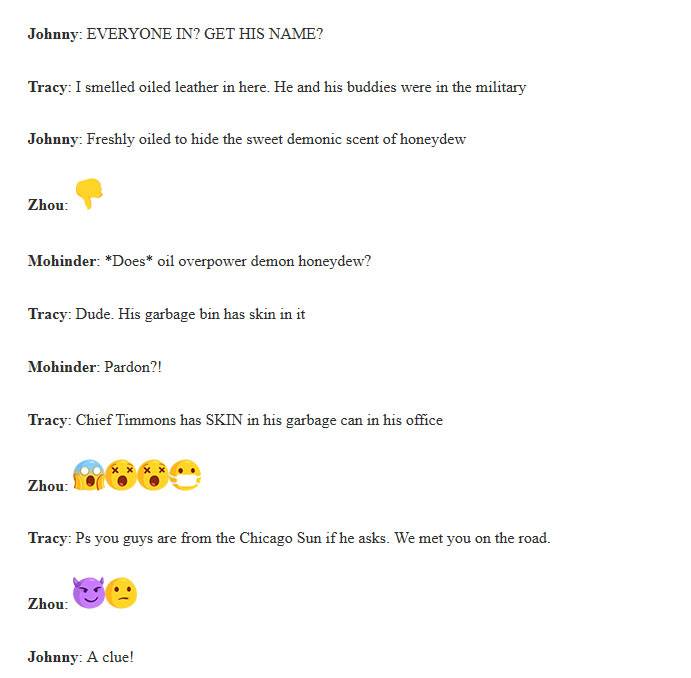 One of the players, who was playing an older, less tech-savvy character, decided to text like one of her parents and only used emoji because spelling out the words was too slow, which caused amusement and frustration for everyone else. 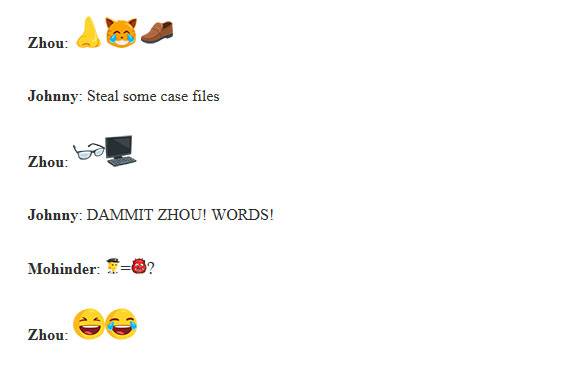 One of the risks of having all of the players present at the table once the group has split up is that the players will have knowledge of what is happening elsewhere that their characters would not have, which impacts the feeling of immersion when that knowledge is used. Not only can the players share the knowledge in a realistic way through text (instead of saying “I text all of that to everyone”), but the players can enforce their own level of immersion with each other. Here you can even see one of the players correcting another for using out-of-character knowledge, thus preserving the immersion:

Once it started, the group chat continued throughout the game. Although I am confident that the game would have been a hit regardless, the texting made it all the better, and ended up being one of the highlights for all involved. The players even used it to break the bad news of a fatal injury to one of the PC’s: 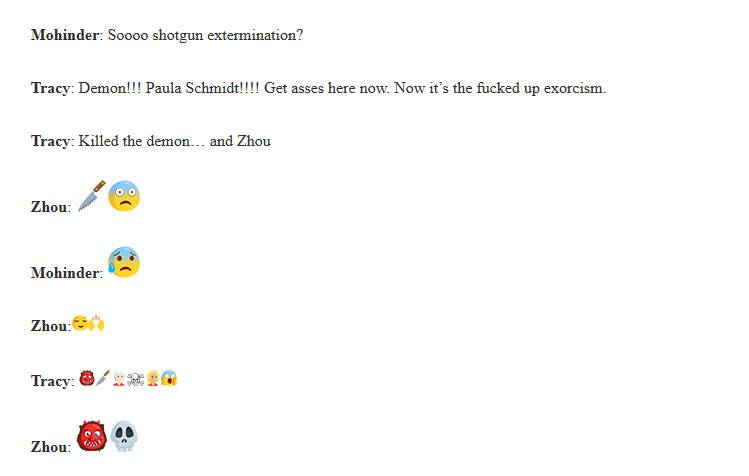 And to celebrate victory:

I have had characters maintain Twitter accounts for the other PC’s to follow during games, and a few other things, but this was, by far, the most integrated bit of texting I have had in a game, and I think that I will try it again, though perhaps with a bit more planning and intent.

What do you think? Have you done something similar in your games? Would this be a good way to help keep players engaged when they are not present in a scene?

2 Responses to Texting in Character