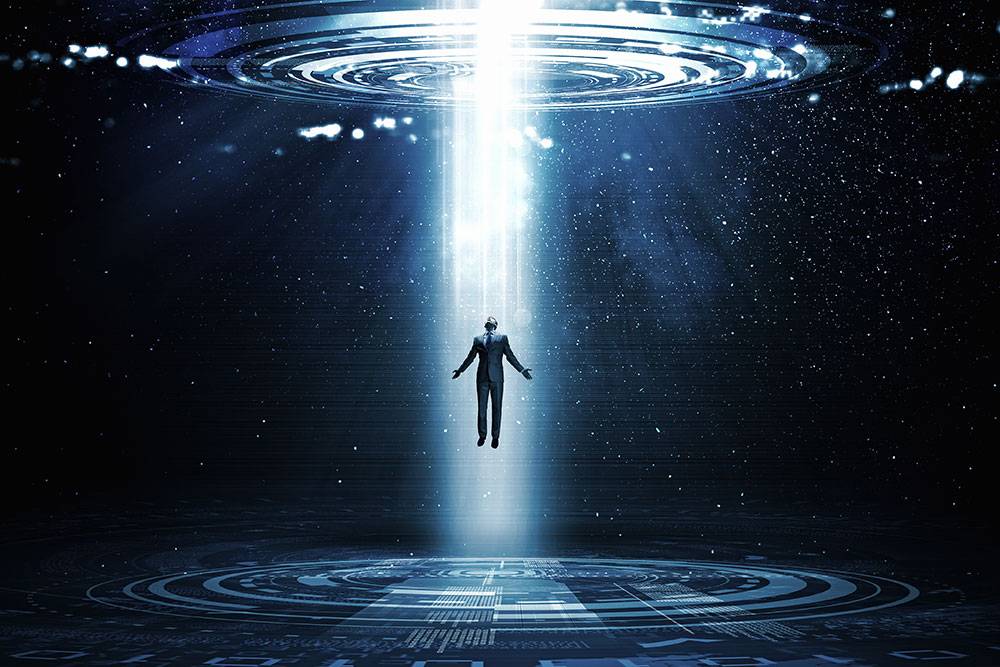 Okay, it’s not that dramatic, but still…

Problem players come in a variety of types, but it all boils down to a player that is somehow disrupting the game or hindering the enjoyment of others at the table. A while back, I wrote about players that deliberately go out of their way to mess with the game and other players, but this time I’m going to talk about a player that wants to be involved in the game perhaps a little too much. They probably don’t mean any harm, but their actions are still going to hamper the fun of everyone else at the table.

Which problem this time? The Teleporting Player.

Regardless of what they just said their character was doing, the Teleporting Player will suddenly appear where action is happening for another character. The moment another player looks like they’re about to do something interesting, the Teleporting Player is right there jumping in on the action. It’s exhausting for the GM to try and keep them reined in and incredibly frustrating for the other players as their figurative toes keep getting stepped on. The desire to be where the action is happening is understandable. Everyone at the table wants to be involved in the game and part of the exciting events that are unfolding, it’s just that the teleporting player has no understanding of staying within the narrative of the game or for allowing the other players to have their moments in the spotlight.

Everyone gets ahead of themselves once in a while and reacts to events that their character is not directly involved in. Unless the GM is going to physically separate the players every time they split the party (which is pretty ridiculous and something I don’t recommend unless being done sparingly for special emphasis), a little mixing of involvement is going to happen as a natural course of events. The occasional infraction is understandable, quite forgivable and easily addressed. Most players will apologize and back off to let the other player have their moment. Unfortunately the chronic offender is teleporting to the action like an inebriated Nightcrawler bamfing around an X-Men comic.

Why would someone behave like this? In my experience, the reasons can be varied. It’s quite common among younger players who are still learning the social conventions of RPGs. Whenever I’m running for someone under the age of 16, I go into the game prepared to either coax them into the action of the game or remind them to wait their turn. Overly enthusiastic kids can be a touch annoying at the table, but most of them can learn better behavior with time and some coaching. It’s harder when the chronic offender is an adult that should know better. For some, the behavior comes from a social awkwardness or lack of understanding. Others act out of some level of selfishness to get all of the glory and attention. Ultimately, they’re afraid of missing out and barge their way into scenes they shouldn’t be in.

So what do we do about this?

How the GM Can Handle It:

As a GM, it is important to keep the spotlight moving around the table. You’ve got a lot to manage, from NPCs to encounters to pacing, but it’s also your jobÂ to make sure each player gets a chance to be in the spotlight. This means consciously taking timeÂ to focus on the quieter, more introverted players at the table, but also knowing when to make the dominant players take a back seat for a moment or two.

Doing this doesn’t necessarily come naturally to every GM, so it’s okay to try and come up with some tools to manage it better. One thing I suggest is keeping a list of the PCs beside you and make a little checkmark next to each one when they have a cool moment. This way you have a visual representation of who needs the spotlight. It might be a little more record keeping to keep up with, but with a little bit of focus, it will become easier to handle.

For those times when you realize you do have a player infringing on the spotlight of other players, definitely put that player on pause. If this means stopping the game for a moment and letting them know you’ll get back to them in a moment, do it. Try not to let them continue pushing their way to the front of the line. Your lack of intervention can be perceived as permission to continue the behavior, especially if they’re getting rewarded with your attention for their character’s actions. If it’s bothering you as a GM, you can be sure it’s bothering your other players, even if they’re not voicing it.

How Other Players Can Handle It:

The GM has a lot to manage and keep track of, so it’s not uncommon to see a Teleporting Player getting away with bad behavior without the GM fully realizing it’s happening, or that it’s annoying as it actually is. It is okay to speak up. Begin with politely pointing out the player’s character was somewhere else and that they’re not in the current scene. Like I said above, everyone gets caught up in the action and they may not realize they’re stepping on toes. If the behavior continues, you are within rights to get more firm about it. While it is not your job to manage the other players at the table,Â you can help out by drawing quieter players into the game and making sure everyone gets to partake of the cool stuff. This may mean asking a player stepping on toes to chill for a moment or two.

You should also talk to the GM about the situation and let them know the behavior is becoming problematic. Because of everything they’re managing, they may not be as aware of the social dynamics at the table as the other players are. Letting them know may be all that’s needed to help them curtail the player’s tendency to interrupt someone else’s scene.

“YOU ARE NOT THERE. Give someone else a chance to do something interesting.”
At a con a while back, I was in a Savage Worlds game with a modern paranormal setting that had a heavy fae influence. There was a player being a bit domineering at the table, but I didn’t say anything until he tried to jump into a scene where my character was finally getting to do something interesting. The scene had the group in a garage investigating a bunch of redcaps that vanishedÂ just before the PCs arrived. Everyone else was looking around the garage, but I said I’d go check out the office. The moment it looked like I had found an important clue, the Teleporting Player was trying to jump in the scene. I lost it.

“YOU ARE NOT THERE. Give someone else a chance to do something interesting.”

I was probably not as gentle or as polite as I could have been, but he did sit back down and let the scene continue. After the game, the GM came up to me and thanked me for putting a stop to the player’s behavior. He had his hands full with the rest of the game and was grateful for the assist.

Have you ever had to deal with a Teleporting Player in your game, either as a player or as a GM? How did you handle it? I’d love to hear your advice on handling this particular brand of problem player.

10 Responses to The Teleporting Player