The Online Edition: Choosing the Right System for Online Play 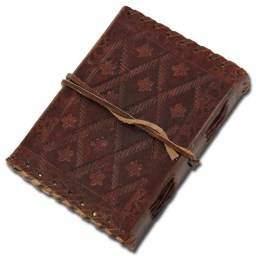 Running an online game requires a lot of juggling. As a GM, you have to manage all your images and maps, the virtual tabletop (VTT), your voice or video system, session notes and rulebooks. On top of all that, you don’t want the rules getting in the way. In this article, we’ll look at three factors that you’ll have to consider when choosing your ruleset for online play. Let’s first look at finding players.

Unless you already have a group lined up to play, you will need to recruit players. Some places to do this include forums, social media, and sites like meetup.com. When choosing which system to advertise, you’ll need to consider your potential pool of players. Realistically, you will have a better chance of finding enough players for familiar games or games based on popular media franchises. With a larger pool of players, you are more likely to find a group who can meet at the same time as you. Since many players are working adults, that is not a trivial concern.

However, the Internet is a big place. If you are flexible with your game times, you may be able to round up a group for just about any system or edition. Admittedly, it will be harder to find players, but give it a go if you like. (However, I make no guarantees on finding a group for Masterbook).

At a face to face game, the GM can always bring a copy of the rulebook to the table for easy reference. Online GM’s may not have that same advantage. If you choose a ruleset that is obscure and difficult to acquire, you may be severely limiting your player base. Players like to know the rules.

However, this doesn’t mean that you have to limit yourself to the most recent editions of popular games. Nothing wrong with them, but they are not the only game in town. If you are playing an older edition or a formerly popular game, many players will already own copies of those rulebooks (and be dying to play them). Also, there are numerous retro-clones, retro-inspired rulesets, and free games available online. For example, my current campaign is using Basic Fantasy Roleplaying Game. I simply sent the link to the free rulebook to my players and we were ready to go. My self-described rules-lawyer player was in heaven. Official pdf’s of older editions also are available for very reasonable prices as well.

The Internet might even give you the chance to run that homebrew system of yours. Set up a website, post your rules, and point potential players there. I’ve run several “one page” games this way with some success. If they are set in popular movie universes, you’ll probably be able to attract players. As always, be sure not to violate copyright laws with anything you post online.

VTT’s can allow you to run very complex games. They provide different symbols and auras to remind players of in-game conditions. That being said, you may still want to consider a lighter ruleset for online play. This is especially true if either you or any of your players are fairly new to online play. It can take time to get used to all the bells and whistles that VTT’s have to offer, and even experienced players and GM’s (myself included) sometimes fumble a bit. And some nights the Internet doesn’t cooperate. Simpler games reduce the effects of some of these issues. Simpler systems require fewer dice rolls, so there is less waiting around for players to figure out what and how to roll. It may even give more time for roleplaying. From the GM’s side of the screen, you’ll spend less time looking up rules and more time keeping the game moving.

My preference for online play is a one-book system. Other than my session notes, I only need one other reference at my computer desk. If that is not the kind of system you are playing, you may still want to limit options to the core books. Fussing with multiple references will greatly slow down your game. And if things are too pokey, your players may look elsewhere for their online games. I’ve seen it happen.

Above all, you should choose a system you are comfortable with. Some players may prefer a different system or edition. They may even grouse about it from time to time. Tough. If most of your group is happy, don’t switch to a less familiar system. Running a face to face game with an unfamiliar system can be frustrating. Online, it will be doubly so. That’s not to say you should never run a new system; just not at the beginning of your online GMing career, or simply to appease a single player.

The “right” system will vary from group to group. However, it should be one that makes it (relatively) easy to find players. The rules should be easily accessible and not bog you or your players down during play. It’s been my experience that simpler systems work better for online play.

How about you? Share your thoughts about systems and online play below.

3 Responses to The Online Edition: Choosing the Right System for Online Play