The Land of the Lost: Limiting Your Campaign Choices 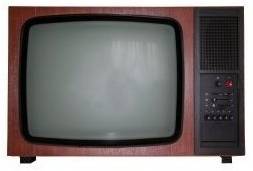 If you are a certain age, you may fondly remember the TV show “Land of the Lost.” Â (No, not the Will Ferrel movie). Â It was obviously shot on a budget, and like the original “Star Trek,” that is part of its charm. Â It becomes more like a science fiction radio or stage play, rather than a competition to see who can squeeze the most out of the CGI.
So what does Land of the Lost have to do with gaming? Â In this column, let’s take a look at how you might use limitations to enrich your campaign world. It sounds contradictory, but hear me out. Â I’ll be using Land of the Lost in my examples, but there are any number of TV shows thatÂ fit the bill.
But they don’t have Sleestaks.
RECURRING VILLAINS
Land of the Lost had the sleestaks, those dinosaur/lizard people who moved very slow and made that “hcckkkkkk” sound that so many of us imitated as kids (and maybe even last week). Â The sleestaks were featured so frequently because they probably didn’t have the money to make up new monster suits each week. Â In a fantasy campaign, you might consider having a large tribe of humanoids (orcs, goblins, dragon-men) who live outside of town and occasionally cause trouble. Â To keep them as recurring villains, be sure that they are a large tribe, so that players won’t be able to just wipe them all out quickly. Â This helps your campaign by providing familiar villains. Your players may even wonder if these are the same exact ones they ran into last time. Â This helps you out as a GM since you won’t have to keep restatting new opponents every session. Â Also, incorporate them into your session planning. Â One possibility is that the townspeople hire the party to keep them in check, or to find a magic item that will drive them away once and for all. Â After your party has fought them a few weeks, you might even consider a session where they have to help the bad guys. Â The bad guys may then agree to leave the town alone for a while or agree to release a prisoner. Â These kind of recurring tribal creatures would also work well in a science fiction game set on a colony world.
RECURRING NPC’s
Land of the Lost had Chaka and his family, the pre-human ape people. Â They were familiar recurring characters, whichÂ built sympathy in the audience. Â They could easily translate into your villagers, colonists, or fellow crewmembers. Â Not all NPC’s need to be friendly all of the time. Â Consider Enik, the talking sleestak who wore that snazzy orange housecoat. Â He would help the family, but only when it was in his own best interests. Â You might have a magic user or scholar who lives nearby, but always wants something for his help. Â Just a few recurring NPC’s is a good limitation. It helps players really get to know them, rather than scouting the whole village.
RECURRING AREAS
Land of the Lost and similar shows always seemed to return to the same caves and backdrops. Â I know that as a GM, I often exhaust myself drawing new maps and terrain. Â While you certainly don’t want to have your players run through the same dungeon or abandoned spacecraft session after session, there is nothing wrong with returning to an old area. Â Perhaps new monsters or aliens have taken up residence there. Â Your players can use their knowledge of the area to give them an advantage.
GUEST STARS
Even on a limited budget, you can’t give the audience the same old thing every week. Â That’s where guest stars come in. Â Land of the Lost would have all kinds of aliens, monsters, and historical figures become the focus of their episodes. Â Some that I remember off the top of my head were the Medusa, the Flying Dutchman, the Zorn, and even a Yeti. For your sessions, considerÂ creating one NPC in depth. Â You doÂ not need to include full statistics; just write enough to get you through the session. Â The NPC’s will probably be even more memorable if you spend your time working on their mannerisms and motivations. Â In RPG’s the problem is that you can’t introduce the main NPC too early since you want to save them for the finale. Â However, you can convey their traits through lackeys, evidence of their deeds, or even writings that the players uncover. Â This is a different approach than drawing up a dungeon and stocking the rooms. While you may need to do that, strong guest stars will ensure that the dungeons (and more importantly the players) have a purpose.
So next time you watch a favorite show, look for the structures and limitations that the writers use. Â Maybe you can incorporate some of those into you own campaigns.
Let us know what you think below.
This post is brought to you by our wonderful patron Rob Abrazado, supporting us since July 2016! Thanks for helping us keep the stew fires going!

3 Responses to The Land of the Lost: Limiting Your Campaign Choices