The Group You Want 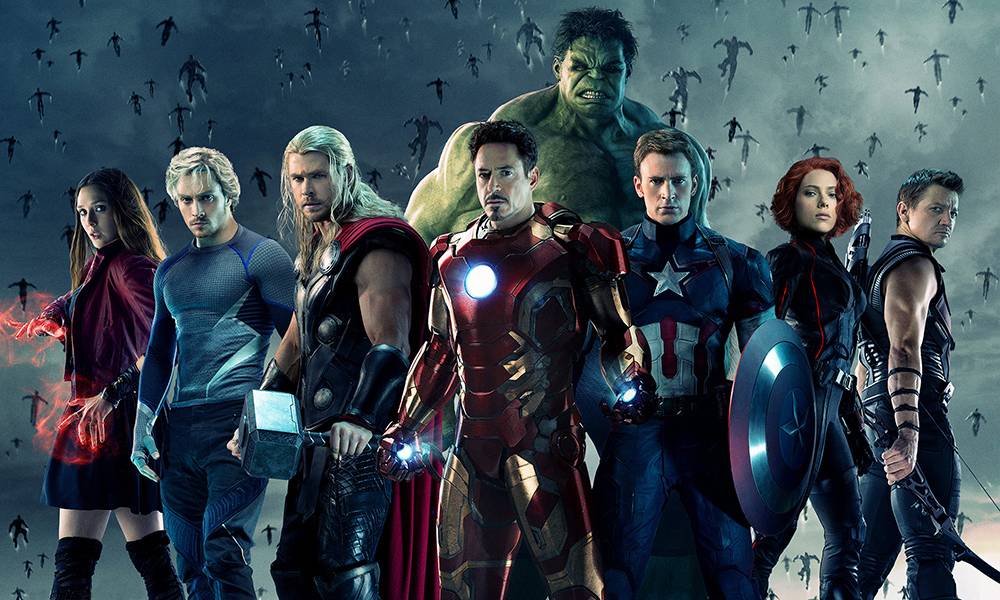 A recent meme I saw floating around Facebook contrasted the Avengers with the Mystery Men, suggesting that the Avengers are ‘what the GM hopes for’, while the Mystery Men are ‘what the GM actually gets’. Well, I’m goingÂ withÂ an unpopular opinion on this: There’s no one to blame but yourself if your players don’t give you aÂ group that lives up to your expectations. 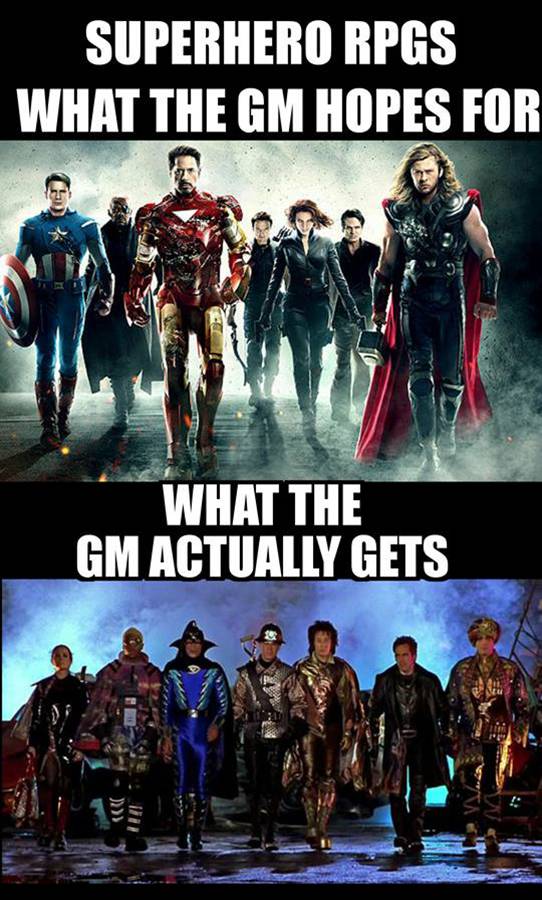 I know it can feel like this at times…

Sure, there’s the occasional player that likes making ridiculous characters for the hell of it, but most players actually want to play competent and effective characters. Unless the game is intended to be goofy and off the wall, the players want their characters to be the Avengers just as much as the GM does. If they’re trying to play someone like Captain America and end up with the Spleen instead, the GM really needs to take a step back and ask themself some questions.

If you’ve got those bases covered, there’s one other really important area to consider. Are you respecting the competency of the characters? THIS is probably one of the most important points to consider if you feel like you’re not getting characters that live up to the heroic ideals you want them to. When you as the GM fail to acknowledge that the characters are competent and effective residents of the world they inhabit, you’re giving the players a message that you don’t think their characters are capable of the heroics you want them to attempt. In most games, the PCs are supposed to be heroes. Treat them that way! 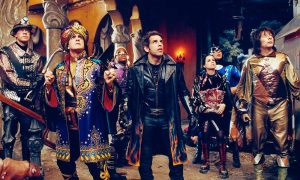 … but they’ll be heroes if you believe in them. Honest. Maybe.

A while back, I signed up to play a 7th Sea game. My expectations were for swashbuckling and some daring adventure. Instead, the game I got was a boring slog of tedium where the GM treated the characters like they were stupid and forced us to explicitly account for absolutely every step we took. “You didn’t say you were closing the door behind you as you snuck into the room, so the guards see you as you’re going through the chest.” I’m sure the GM felt like he had a bunch of idiots at his table, but that’s pretty much his fault for not allowing us a chance to be the roguish heroes advertised on the character sheets.

Conversely, the GM of the D&D game I’m currently playingÂ does an amazing job treating the characters as if they’re the heroes of the story. Even though my Sorcerer was only first level, since her background was as a Charlatan grifter, he had the NPCs react to how charming she was at talking and flirting her way into getting what she wanted. In his hands, the world reacts in a way that reaffirms the core concepts of the character I created. Our characters are regularly challenged and pushed to work for our success, but no player at the table ever doubts that we are the heroes of the story. We’re good at what we do and the world and the NPCs react in kind.

Many Powered-by-the-Apocalypse games tell you to be a fan of your players’ characters. This means recognizing their strengths and having the world they inhabit recognize them as well. I recently picked up both Bubblegumshoe and Urban Shadows, and I’ve been enjoying their suggestions on how to treat the characters. Both games take care to encourage GMs to acknowledge the PCs strengths while staying true to the truth of the game’s world. Challenge them with adversity to overcome, but don’t hesitate to cheer when they succeed. If you want the Avengers, treat them like the first tier A-list heroes you want them to be, not some team of goofy second stringers.

What do you do to ensure you get the group your game needs? Even when the players are being goofy, do you remember that the characters are the heroes?

7 Responses to The Group You Want