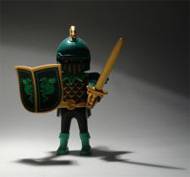 It can be tempting to include or encourage strong intra-party conflict when you start up a new campaign, partly because internal strife isn’t usually a part of most campaigns. Unfortunately, there’s a reason it’s often left out: it tends to sound sexier than it often turns out to be.

There are exceptions, of course: RPGs like Paranoia, which is built on a foundation of dead PCs; Amber, which neatly balances conflict with a mutual urge to remain true to the spirit of the novels; or most White Wolf games, which generally assume at least some level of conflict between player characters.

But as one ingredient in an otherwise fairly traditional campaign, intra-party conflict has a tendency to either a) backfire, leading to intra-player conflict (which is never a good thing), b) fall flat, adding nothing to the game or c) take over the campaign, morphing it into something no one is really happy with.

If you’re thinking of going this route, I’d recommend making it part of your social contract discussion before the game — or better yet, trying it out with a one-shot to see how your group responds to a shift in dynamics. Trying new things is good, but this is one new thing that should be tried with caution.