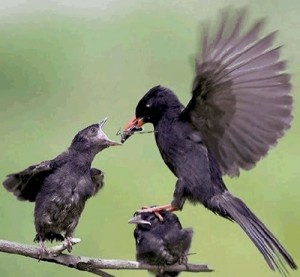 If you’re a GM, you’ve done it. You may not have meant to and may not have even realized you were doing it. Or maybe you do realize you’re doing it and you don’t care how it affects your players. Either way, we GMs have all played favorites among our players at one time or another. In an extreme and insidious form, favoritism can kill a game or gaming group, but to a certain degree, in small ways, it is unavoidable and can actually be beneficial for a game.

A long time ago, in a galaxy not so far away, my GM for a regular college game started dating a girl who also joined the game at the same time. This GM already had a slight propensity towards favoritism – he and his best friend would often spend hours outside of gaming talking about it and coming up with different ideas that would work their way into the game. Usually it wasn’t too detrimental to the other players, so it was mostly overlooked.  When this new girlfriend joined the game, though, his tendency towards favoritism took on a whole new, ugly level. If she wanted something for her character, she got it. If she wanted to pursue a particular plot line, that’s what the game focused on. She was also an utter bitch behind his back to most of the rest of the group. It got so bad I walked out of the game one night when she started mocking me for being visibly frustrated at my character being excluded from the game’s action. Eventually she started sleeping around with another player behind the GM’s back and they broke up, and not a moment too soon. His favoritism and her manipulation came very close to killing the group, and, at the very least, destroyed that particular game.

While not every instance of favoritism will be that extreme, any time you mix in a strong personal relationship between a GM and a player, there’s the potential for favoritism to become ugly. There’s the weathered stereotype of the pampered GM’s girlfriend, but take it beyond the sexist undertones; regardless of the GM’s gender or their sexual orientation, a significant other can be an obvious beneficiary of favoritism. I’ve even met some gamers who refuse to play with couples if one of the couple is going to be the GM. Being in a relationship with the GM doesn’t guarantee a player will get special treatment, but if the GM is prone to unfair favoritism, it’s a possibility. It doesn’t even need to be a romantic relationship, either. It can happen just as easily between a GM and a very good friend or one of their close family members.

Sometimes the GM doesn’t need to have a strong relationship with the beneficiary of their favoritism. Throw someone into the game that the GM really wants to impress and you can end up with quite a show as they bend over backwards to please the object of their attention. Whether it’s someone they admire or someone they’re attracted to, some GMs do their best to throw all the cool elements of the game at that person rather than the whole group. Not every GM is even aware they’re doing this either. While it’s fairly subtle, one GM I’ve played with has a tendency to favor female players. It’s not bad enough that anyone complains, but it has been joked that having a set of boobs will get you the exact character you want to play, but if you’re packing a sausage, you might have to argue a little more for that perfect character. Having known this GM for a while, I’m pretty sure he doesn’t even realize he’s doing it. 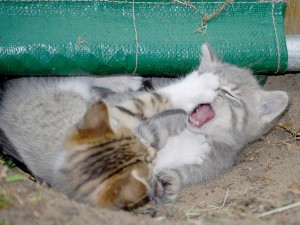 When a GM is trying to coax a shy or new player into being more into the game, they can also run the risk of playing favorites in a negative way. Using some cool items or in-game events to coax an inexperienced or shy player into the game is a powerful tool, but if it’s not handled carefully it can cause major problems. In one D&D game I played in, the GM started quietly giving a few powerful magic items to a player that was barely paying attention to the game and never actually roleplayed. While the GM had good intentions, trying to draw that player into the game, it ended up making the players who actually were invested in the game feel slighted.

Most of the examples I’ve talked about so far have been unhealthy and dysfunctional manifestations of GM favoritism. Giving obvious or unfair advantages and rewards to some players over others is only going to stir up resentment and create problems down the line in the game. The interesting thing is, though, favoritism used in small ways isn’t actually always bad and, in some ways, may be necessary for a game to thrive.

Hear me out on this. We GMs all have star players in our games. We know exactly who we can count on to create interesting characters that fit in with the game world and who will drive the action once the game starts. These are the players that bring such investment and excitement to playing their character that they make the game more vibrant for everyone involved. If we’re lucky, we’ve got a few star players or maybe even a full table of them. They’re the players you know you can cast plot lines at and they’ll grab hold with gusto. They make running the game EASY. As a reward, we often throw them a little bit more of the spotlight. It’s only natural to reward the good behavior that adds to the awesome of the game.

The crucial thing is to understand that what we’re doing is playing favorites. Understanding this can make the difference between doing it in a way that enhances the game and doing it in a way that alienates the other players. Giving a star player the focus early on in a campaign or a session can help set the tone of the game. If you’ve done it right, once you start moving the spotlight around to the other players, and sharing that favoritism, it won’t be as much work to draw in the newbies or shyer players.

Good GMs understand that every game session should have a moment for each and every player at the table. It’s easy to give those moments to your stars, but it’s just as important to find ways to give them to the less outgoing players. As I’ve said, it can be healthy to judiciously employ a little favoritism towards your best players, but understanding when to give that same little bit of favoritism towards the harder to engage players can help turn them into star players too.