Noteboard Review: A Tiny Wonder for Every GM’s Toolkit

Gnome Stew reader Roxysteve emailed me to suggest that I review the Noteboard, a fold-out pocket whiteboard with a blank side and a gridded side that’s got all sorts of gaming uses, and I took his suggestion (thanks, Roxysteve!). It seemed like a product Gnome Stew readers would be interested in hearing about, as well as something I’d use myself, and it was only $10 plus shipping — an easy sell right off the bat.

It looks like a simple product on the surface, but it’s obvious a lot of thought and iteration went into the design.

You get this cute little bag, which isn’t much larger than a 3×5 index card (there’s a reason for that!): 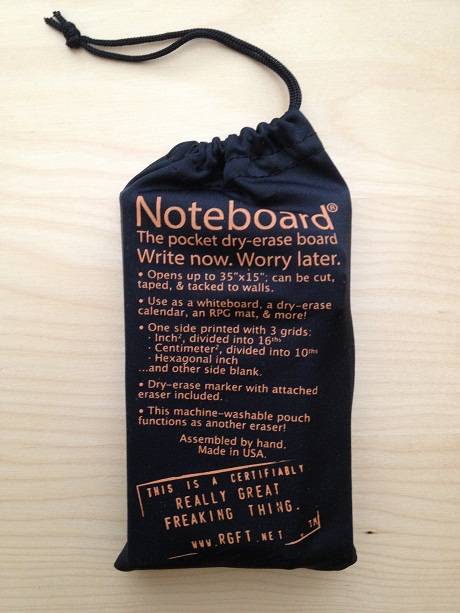 Inside are two things. 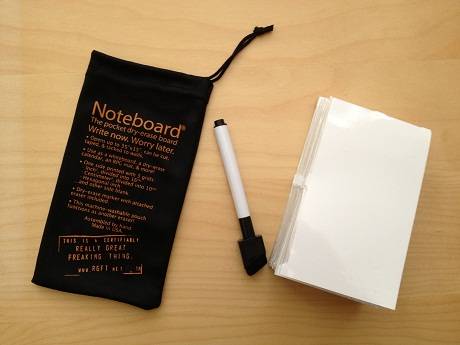 Let’s look at the pen first.

It’s a dry-erase marker with an eraser on the cap. The eraser is very small, and after erasing just a few lines it started smearing more than it erased.

That’s easily remedied with another eraser, or by using the Noteboard’s bag, which itself functions as an eraser (and is advertised as washable).

The other occupant of the bag is this shiny little bundle: 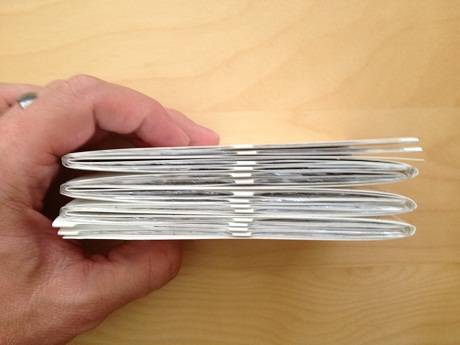 From the side, the Noteboard looks like a stack of plastic-wrapped 3×5 index cards, which isn’t too far off the mark.

Here’s what it looks like unfolded the long way.

…and then unfolded all the way.

It unfolds to 35″ by 15″. You can fold it forwards or backwards along any fold line, though, so you can decide what size it is as needed (any number of 3×5 segments wide x long, up to the maximum).

That’s the gridded side, which I’ll come back to after the next photo. 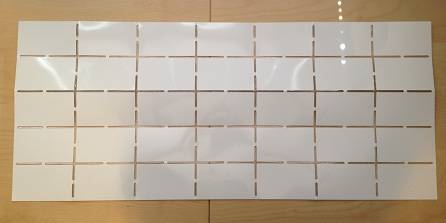 The blank side is just that: featureless. I drew a gnome on mine, demonstrating that I can’t draw a gnome to save my life. 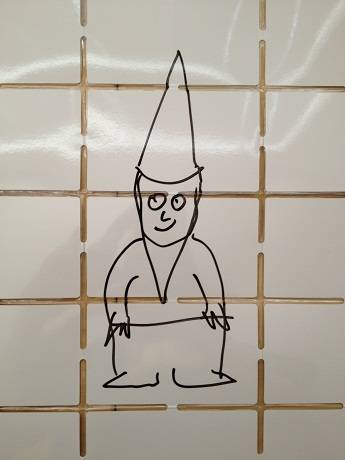 The blank side has lots of uses at the gaming table, from sketching things for your players to jotting down initiative order.

As you can see, there’s a gap between each card, and each card is joined to its neighbors by a folded bridge of card. This is one of the areas where the Noteboard shows just how much thought went into its design. The gaps are just wide enough to let it fold and unfold comfortably, but they don’t make it hard to draw on; neither do the bridges.

It also lays flat nicely, though it might need a quick back-fold along the long axes to do so. (Mine did.)

Back to the gridded side, which has even more gaming applications. 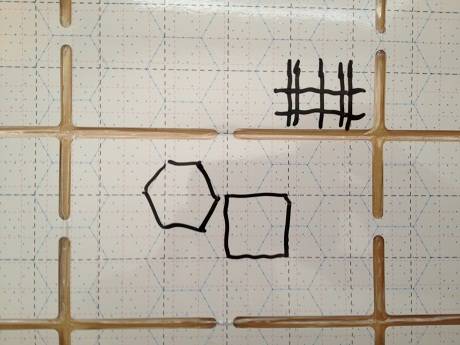 This grid is clever. It manages to include 1″ squares, 1″ hexes, 1 cm squares, and markers for 16ths of an inch and millimeters whle striking just the right balance between making the lines obvious and non-obvious. It’s perfect.

Here’s a dungeon that makes my gnome look good by comparison. 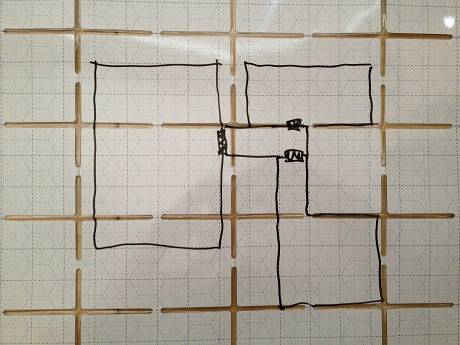 It’s easy and pleasant to draw on. The gridlines are visible enough to follow, but not nearly as visible as whatever you draw on the Noteboard.

It erases cleanly, even the “gaps” between the cards. 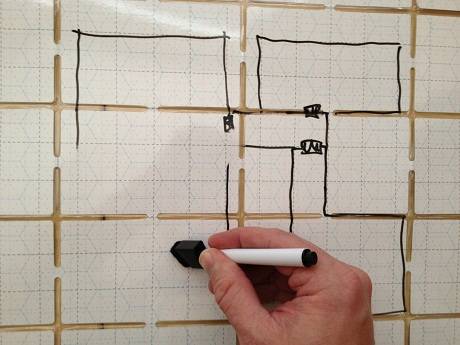 Finally, the bag is stretchy and has some room to spare in it. 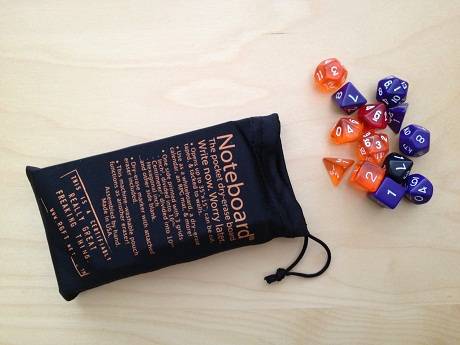 I packed in two full poly sets and still had no problem closing it back up. 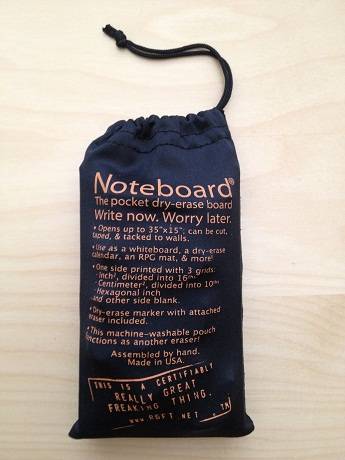 There was room left over for another couple dice, or a miniature or two, and at least one writing implement.

The outside of the bag also suggests some other nifty applications, like tacking the Noteboard to a wall or cutting it into smaller sections (something the gaps make easy to do). If you buy one, you’ll likely think of others.

If you travel to your games, are concerned about space, or run a lot of convention or game store sessions, double yes.

There’s nothing I would change about the Noteboard, and just about every GM will be able to find a use for a pocket whiteboard that comes packed inside its own eraser. At $10 (less if you buy 5+), it’s a steal.

As always, if you’ve got questions about the Noteboard I didn’t answer in my review, fire away in the comments!

14 Responses to Noteboard Review: A Tiny Wonder for Every GM’s Toolkit