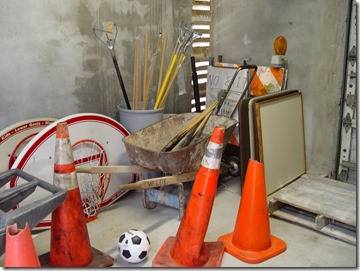 If you’re anything like me, your enthusiasm level for a campaign follows a pretty predictable path. The campaign is born around a concept that really grabs you. It blossoms into full-blown excitement for a few months, during which the ideas are popping up like weeds in the springtime, and it seems that this campaign could go on forever. Then, about a month or two after the campaign itself begins, your level of enthusiasm peaks, and starts to taper off.

Hopefully, it’s a very gradual taper, with occasional peaks and plateaus as the campaign wends its way through the collective creativity of your group. But dry spells happen, dammit, and we’d best be prepared for them.

If your campaigns follow this pattern (and mine certainly do), harness some of that energy and enthusiasm while still in the ‘Honeymoon Phase.’ Instead of spending time and effort on endlessly detailing the starting phases of the campaign or telling yourself how cool this is going to be, make a conscious effort to brainstorm, flesh out scenarios, write up NPCs, and draw up maps specifically for later in the campaign when your enthusiasm isn’t so high. Simply put, stash some of your ideas and effort into the Honeymoon Savings Bank, for later.

At first blush, this may sound like common sense. Strike while the iron is hot, and all that. But the key is to focus on core elements of your campaign (plot arcs, scenarios, NPCs, locations, etc.) instead of on the details. Sure, it’s fun to write the detailed backstory of how the Cult of Dark Thoughts got its start as a young adult supernatural romance book club, but it’s more useful to have their membership and plans all statted up and sorted out while you have the energy and enthusiasm. And please do a better job of organizing than the folks in the photo above.

Of course, there are some excellent resources for campaign material out there, such as this book of plots, or this book of NPCs.

But as long as you have the critical triumvirate of creativity, enthusiasm, and energy, put them to good use.

Of course, not every campaign element in the Bank will necessarily get used (especially not as originally conceived), but the ability to store some of the initial flood of ideas for later has brought a few of my campaigns through the dry spells.

Do you hold back some of your initial creativity, or blow it all at once and hope to make it up later? Is this intentional, accidental, or not at all? Some other approach? Sound off in the comments and let us know!