Life is Too Short 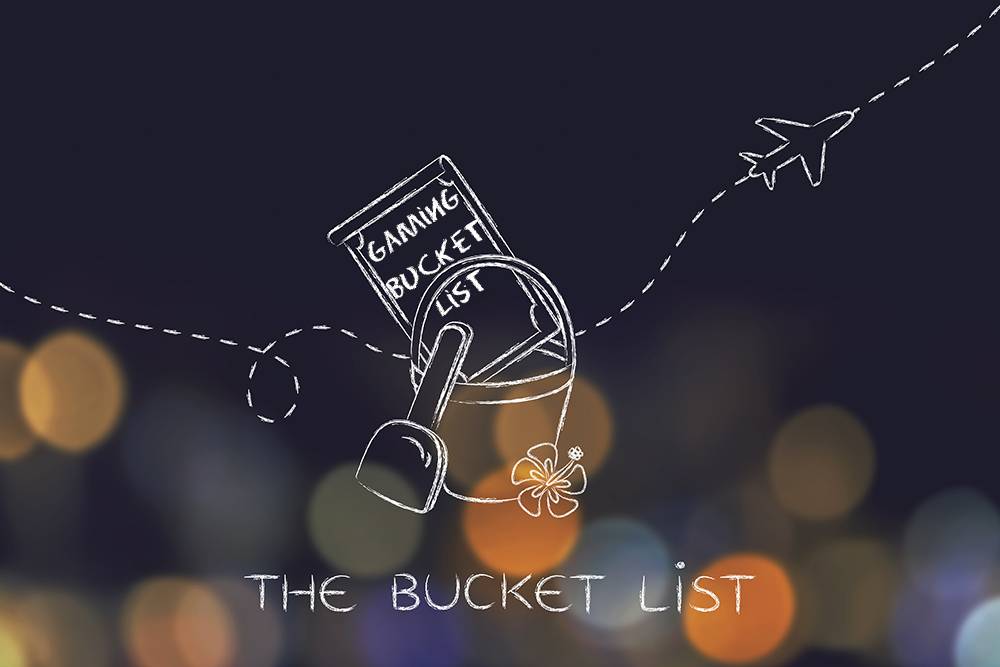 My gaming bucket list involves gaming with ALL the awesome people I can find.

I had a Monday afternoon game that recently died a sad and ignoble death. Over the course of about a year, myself and a few other folks played a couple of different one shots and three short campaigns before things became untenable and the group died. As much as we all wanted to game, it became apparent that we weren’t looking for the same things in our gaming. As sad as I am that it’s over, I’m also relieved. Life is too short to play games with the wrong people.

The easiest type of ‘wrong people’ are the trolls and jerks. We gamers are pretty good at picking those out of a crowd and avoiding them. Ask almost any gamer and they’ll have a story of some troll that ruined a game or a campaign for them. Seriously, just ask. Gamers love their gaming war stories.

A friend of mine moved across the country to a new state last year and had to find new people to play with. Eventually he found a group that seemed okay and he was happy to be gaming regularly again. One player was a little annoying, with some attention-hog type of behavior, but that player was also the host and had a nice house with a good gaming space. In the beginning, it seemed worth putting up with. Over time, though, that player’s behavior became a bit more odious and he became passive aggressive with snide comments about gaming sessions that he didn’t enjoy. Eventually the passive aggressive behavior turned into full on aggressive and my friend decided enough was enough. There was a bit of a blow up, but no matter how nice his house was, the guy wasn’t worth gaming with any longer. My friend walked. Luckily in this case, the rest of the group walked away with him and they simply found an alternative place to play at.

Thing is, wrong people doesn’t always mean bad people. Sometimes you can like the person but something about what you both want out of gaming doesn’t click and the enjoyment of the game starts to suffer.

In the case of my Monday game, GMing mostly fell to myself and one other player. This player and I ended up butting heads throughout the course of the year, but he wasn’t someone I disliked. I appreciated his enthusiasm for gaming and I respected his efforts to organize and keep things moving, but it became apparent that we had very different styles and expectations. When he was GM, he felt that we players weren’t proactive enough and our reactions to his NPCs never quite went the way he expected. When it was my turn to GM, he felt I wasn’t pushing the rules hard enough or that I wasn’t offering what he expected as a challenge. Even though we liked the same types of games, it was obvious we were looking for different things out of them.

Of course, we were both too stubborn to give up. It took a very rough session and another player announcing he was done to make us admit that it was time to lay the group to rest. When the player that left announced his decision, it was a weight off my shoulders. I didn’t want to acknowledge how stressed I was trying to run for this group, knowing one player was dissatisfied with my GMing. I also didn’t really want to admit that I didn’t enjoy his GMing. Dissolving the group was the right thing to do, even if it feels like a failure.

What if the person you’re having problems with is someone you care about deeply beyond your gaming life?

I have at least two friends who separately had to stop gaming with someone they cared about because gaming was starting to cause a strain on the relationship. Both situations were very different, but they realized they needed to stop gaming with someone if they wanted to preserve their relationship with that person. They never stopped caring for the person but realized that gaming wasn’t the activity they should share. Neither case was an easy separation, but it needed to be done.

We can put up with a lot to keep gaming in our lives. It’s easy to find articles discussing finding the right game to play, but it’s just as important to make sure you’re gaming with the right people. The stress that can come from gaming with someone who is incompatible to your gaming needs is not to be taken lightly. Cultivate the people you enjoy gaming with and build around that. Thankfully, the rise of gaming over the internet has helped quite a bit in this area, taking distance out of the equation.

One important caveat to all of this. It’s important to protect yourself, but it’s equally important to keep the doors of the hobby open to new people. I’m a huge fan of convention gaming and finding amazing players I’d never met before. There’s such a thrill to sitting down at a table and finding out that stranger across the table is freaking awesome. When cultivating the group you want to game with, tread carefully when closing the door to other players.

Have you ever made the decision to stop gaming with someone because it just wasn’t a good fit? I’d be interested to hear your stories.

2 Responses to Life is Too Short