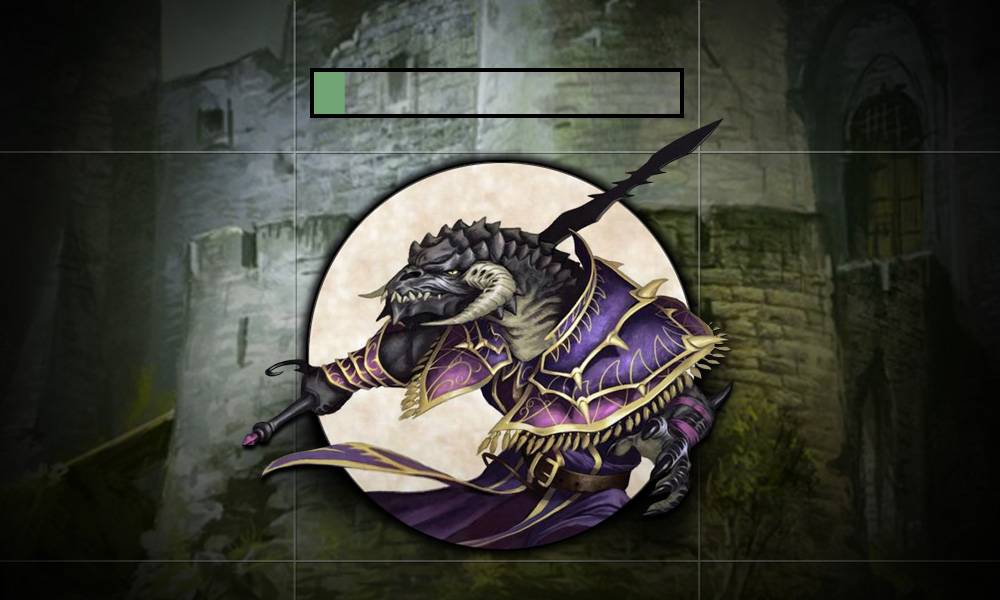 Rezmir and her few remaining hit points. (Taken in Roll20 and using art from Hoard of the Dragon Queen.)

In last week’s GnomeCast, I talked a bit about reviving my Eberron campaign with Chris and John. At one point, it was referenced that the gunslinger character in the campaign has pretty much killed at least two big bads with a single shot. That got me thinking about one of those incidents and how crucial it is to know when to let players have it easy and when to tweak an encounter to stretch it out.

Fudging rules and dice rolls gets a bad rap for a variety of reasons, some more legitimate than others. Back in the late 80’s when I first started playing, it was generally assumed that any GM fudging dice rolls was doing it to cheat and stick it to the players. Either that or they were doing it to keep the players in line and firmly on the train for their railroaded game. At the best, it was done because the GM was afraid of killing off the PCs. RPGs have matured quite a bit since those stranger days and our conversations about games have matured. To me, the more important question is ‘What will give the players the best experience?’

The most dramatic one-shot the gunslinger pulled off was while the PCs were visiting the Library in Korranberg to get more information on the dragon continent, Argonnessen. They had been sent to speak to a scholar there, but when they arrived he wanted nothing to do with them. He had bigger problems on his little gnome hands and had no time for adventurers trying to get themselves killed going someplace they shouldn’t. Eventually, as they kept pestering him, he agreed to help them if they’d deal with his problem. An artificer had brought a clay golem she had found back from Xen’drik and when she activated it, it killed her and began going on a rampage in the lower levels. It was currently sealed in her laboratory, but no one on hand had the wherewithal to deal with it. If the PCs took care of it, he’d give them they information they were seeking. 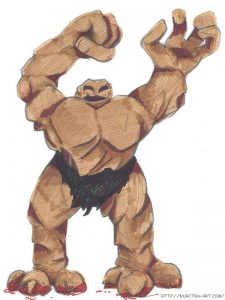 He’s even got little bits of gnome on his feet…

Now, my players are a smart crew. Rather than heading directly down to the laboratory, they took advantage of being in one of Khorvaire’s preeminent repositories of knowledge and quickly learned what they could about golems. Within an hour, they had learned that the golem would be immune to magic and most weaponry, but was susceptible to bludgeoning weapons and adamantine weapons. The moment he heard that, the gunslinger’s face lit up. When he’d originally made the character, he’d outfitted him with adamantine bullets thinking they did more damage than regular ones. When he learned they did not, he switched back to regular ammunition, but never sold off the adamantine bullets. The others were, with the help of a harried librarian curator, able to get their hands on another adamantine weapon and bludgeoning weapons for those that didn’t already have them. They ‘wasted’ an hour preparing but had a better understanding of what they were getting into.

This was designed to be a tough fight. They were a magic heavy group highly dependent on fire and they had a reputation for solving problems by blowing them up with a fireball. The gnome they needed to talk to had already banned them from using fire since they were in a library, but the opponent they had to fight was designed to make them stretch outside of their normal tactics. I never expected them to rush in blindly, but they were quite clever in how they researched information and got themselves prepared. I also never expected how quickly they would win the fight.

The gunslinger had the highest initiative and was the first one through the barricaded door. On his attack, he rolled a 19. With a gleeful grin, he informed me that he had just bought Improved Critical on their last level, so that was a potential crit. The crit was confirmed and in one move, he dealt 89 points of damage to my big, bad, scary monster. This left just 12 hit points for the rest of the party to mop up. The monk and cavalier went next and easily took care of the creature. My pretty golem, with his gnome stained feet, never even got a chance to do more than roar menacingly.

For a brief moment, I considered having a second golem pop out from behind the shelves in the back of the laboratory, but the look on my players’ faces sealed the deal. They were laughing and grinning and they had earned the win and the joy it brought far more than I needed to make the encounter stretch into something it was never intended to be.

“But Ang,” I hear you ask, “You didn’t fudge anything. What are you on about?” This example showed a situation where a GM might have been tempted to fudge things, but it would have probably been less fun for the players. Here’s an example from the other side of the coin. 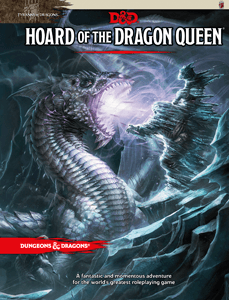 I should read it when the campaign is wrapped up.

My friend Jen was running a 5th Ed. D&D game using a modified version of the campaign from Hoard of the Dragon Queen. I have not actually read the book since I was one of her players, but I do know she put a lot of work into modifying it to fit the PCs the players brought to the game. Character backgrounds were deftly woven into the campaign’s story and two players had very intimate reasons for hating the half-dragon Rezmir, one of the primary villains. One player had wanted to play a Warforged monk, so Jen worked the race into the Forgotten Realms setting as Netherese relics. Rezmir and the cultists had gotten their hands on him and another Warforged, but while he played dormant and was able to escape their clutches, his friend was not so lucky. Meanwhile, the barbarian’s brother had been kidnapped by one of Rezmir’s flunkies and Rezmir herself had killed the barbarian’s friend, a wise and kind blue dragon. Our barbarian was not one to let people hurt those she cared for without punishment. Both characters had very passionate reasons for wanting Rezmir dead.

When the PCs finally caught up with Rezmir at Castle Naerytar, they came up with a clever plan to draw her out of the castle and ambush her in the surrounding swamps. It actually worked perfectly, but the two characters who were most invested in seeing Rezmir punished were hampered by low initiative rolls and poor placement on the combat map. In addition, lucky rolls by the paladin and my cleric left Jen with a major villain hanging by a thread before the two characters it mattered most to could even get into the fight.

Jen made the decision to tweak things and stretch the fight long enough so that the monk and the barbarian could get into the fight and get a hit or two on the half-dragon villain. Even though the paladin and my cleric had done a larger share of the damage, the monk was able to get a solid hit in and then the barbarian was able to finish her off with a killing blow, getting revenge for her murdered dragon friend and still missing brother.

What’s more important? Sticking with the dice or giving your players an enjoyable and satisfying experience? On one hand, sticking with the dice as they rolled gave the players a surprising and successful encounter. But on the other, if Jen hadn’t tweaked the combat, two players would have likely been left frustrated and disappointed at a piece of their history getting taken care of without their involvement. Hands down, I’m going to vote for the player experience every single time.

Have you ever fudged a roll or a rule to make sure your players got a good experience? How about a time when the dice surprised you and the players got an easier win than you expected? Tell us about your games!