The Wheel of Seasons 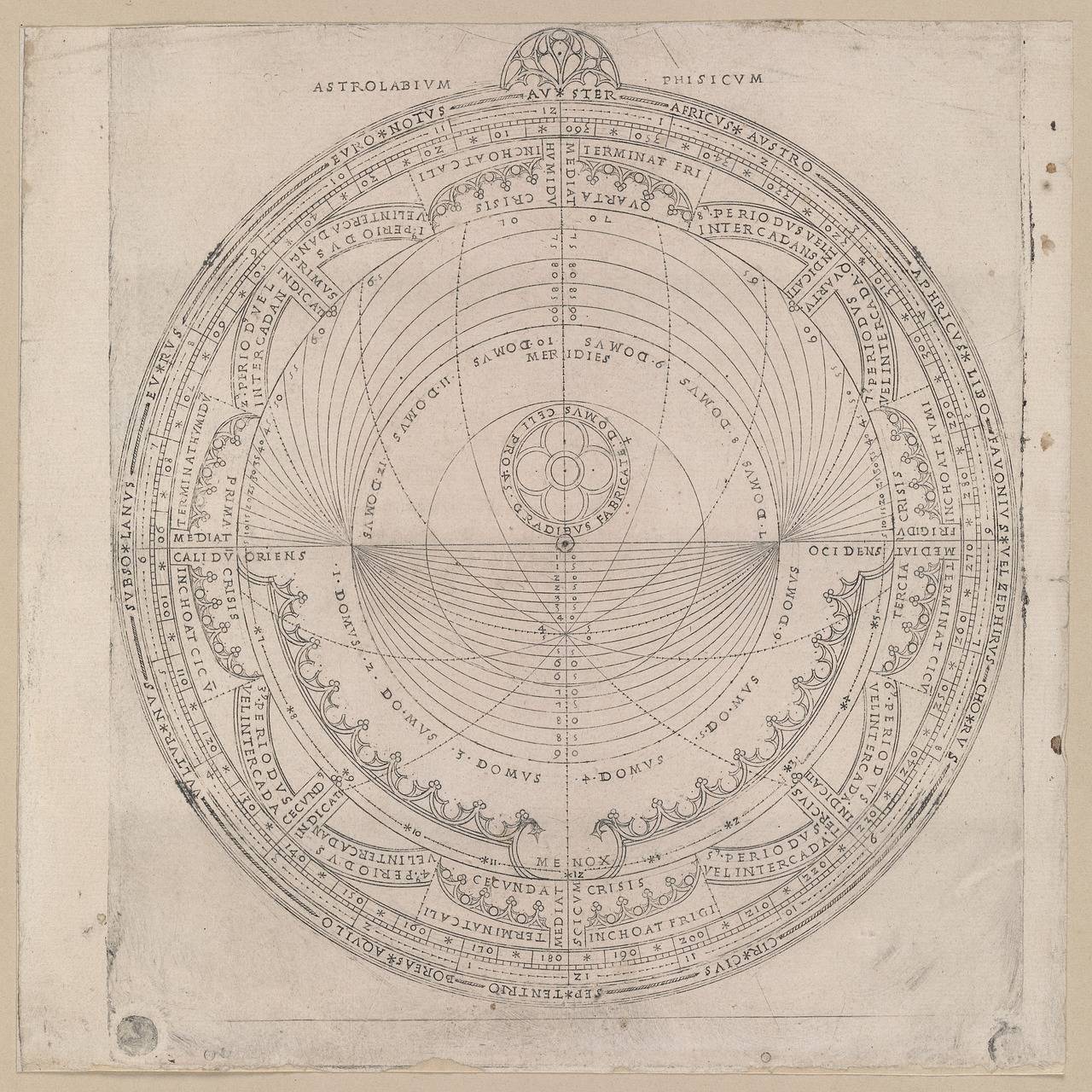 The frozen mountains, locked in perpetual ice. The shifting sands of the burning desert. The leafy green sanctuary of the elven kingdoms. Standard RPGs and their variegated environments exist in a realm of endless summer or seasons that only change when the GM wants to spice things up. But paying attention to the natural cycles of your world makes it more real for both you and your players, and offers a wealth of unconventional storytelling possibilities and challenges. There’s a lot of benefit to keeping a calendar for your games and tracking the party’s progress through the year(s), even if it requires a little more work upfront to keep things interesting.

Players appreciate the little things, and keeping an eye on your timeline helps ground them in a world that breathes and lives. While they’re the heroes of the story, a good world should feel like there’s more going on than just what the players can see, or else your set pieces and NPCs become exactly that: cardboard maquettes swapped out for their convenience. Having a realistic passage of months taps into the animal instinct that there is a world out there, moving on, doing it’s worldly thing. It is a super easy way to subconsciously signal that There Is Something Bigger Than You, that not all things happen at the convenience of your whim, and that this place continues whether you are there to experience it or not.

Passing time also adds gravitas to a long term campaign. If you look back and say “Wow, our characters have taken 3, 5, 10 years to get where we are”, I guarantee that’s going to inspire feels. Make their existential angst about their own creeping mortality work for you! Get them to think about what’s changed, what’s stayed the same, how close their party must have gotten in that time, or how much they’ve drifted apart. Some races might have different perspectives on the whole thing, adding interpersonal drama. It’s the metric by which you can measure experience, not just XP.

If you’re going to do this, make sure you’ve a system in place that both makes sense for your environment *and* feels intuitive to the players. Write out what a typical season entails, when the transitions happen, how long your year is, what your calendar looks like. Go crazy in designing things, but make sure that your players have a reference point! Your campaign can start in the 6th week of Lafidas, year 14 in the 15 year cycle, but no one is going to have any idea what that means off the cuff, and certainly have no emotional connection to it. Don’t let yourself get caught up in fantasy language to the point that it obscures your intent. Lafidas don’t mean a thing, but Newleaf does. Or make mention the Lafidas begins with the celebration of winter’s end. The players have a lot to learn about your world already; associating fantasy calendars with our own provides a sensory experience they can tap into and use to summon up the details that will fill out the landscape in their minds.

Changing seasons means changing circumstances. Your bag of tricks gets a whole lot bigger when you start thinking outside the standard setting box. Animals migrate, plants come and go, weather can help or hinder. What does an elven forest look like in the dead of winter, when the leaves are gone and their tree city is bundled up tight? Giving just a few details of the way the landscape shifts will bring a fresh perspective to old tropes.

Keep in mind that environmental challenges can be a real pain in the butt if they are an incidental thing the player has to navigate to get to the meat of the story, so don’t use them just because. Make them narratively essential to keep your peeps engaged. Some examples:

Your urban campaign is set in a city beset by class tensions; the characters have spent months walking on diplomatic eggshells, but a sweltering heat wave disrupts everything as the poor start dying in the streets, and the rising temperature means rising tempers. Does the party risk nasty status effects to help people out in the heat of the day, or take refuge with the nobles in their magically cooled estates?

Your desert campaign turns deadly when a character is poisoned by a rare magical beast. There’s an antidote, but the main ingredient doesn’t bloom until the spring rains. How do you keep them alive in the meantime, or what will you do to obtain the already made (and extremely expensive) potion?

Your adventuring group gets hired at a tavern to investigate goblin raids. Turns out the goblins are attacking because this village has been built in the middle of the nesting grounds of their primary food source, and they’ll starve over the coming winter if they don’t steal supplies. Offer the PCs the chance to corral the errant beasts– if you don’t think a first level character would have to use some pretty creative solutions to move a stubborn flock of waterfowl, just google “goose attack”.

Two armies face off on the grasslands outside the great forest, until a summer storm brings summer tornadoes and devastates both camps. Somewhere in the resulting destruction lies the cleric that the characters swore to protect, and their angry god doesn’t care that mere weather kept them from keeping their oath. Better hope there’s some survivors in this mess.

Wizards are being conscripted by the king to cast create water on drought-blighted crops. The Queen’s forces come for your party’s magic users, but refusing their enslavement also means turning your backs on the desperate populace and dying land, as you aren’t powerful enough to fix it alone.

Basically, don’t treat the world like a random encounter, but an integral part of your campaign. This is also a great way to get a workout for some oft-ignored character skills like survival, crafting, professions, etc.

Holidays are great set pieces. They can be the backgrounds for climactic battles, a good excuse for character RP, and pivotal moments in the lives of your NPCs. By their very nature, they say a lot about the society you’ve built, their religion, their values, their history. It’s an info dump without the boredom: a chance to show off all your awesome world building. Bard competitions where they trade tales of national heroes, bizarre local rituals that challenge the PC’s morality, masked balls and spirit channeling. Think about the cycles of your world, and what the people are likely to celebrate. Most human societies base their holidays on the cycles of the natural world, but that’s not the only reason for them. Deeply religious societies might have a monthly day of meditation or rest. National holidays could be in place to celebrate the birth of a beloved prince, a memorial of a lost war, or a day of silence where no one is allowed to speak. Or heck, let the locals throw a festival in honor of the PCs. And birthdays! If you’re following the years, you might have birthdays in play. Dedicate a session to tracking down the most ridiculous gifts for each other. Good times.

Don’t forget other kinds of seasonal cycles than just our standard summer/fall/winter/spring. How would things change if you instead had a wet season and dry season, or a wind season? Exalted played around with the idea of having a time of the year that was basically blacked out– a week that didn’t officially exist, in which the normal rules of society did not apply. Astronomical anomalies could change things as well . . . maybe your world wouldn’t have a cold winter, except once every decade or so, a neighboring planet blots out the sun for two months.

Moving seasons along can also be a good way of reminding players that a journey took a long, long time, without having to act out every moment. If a trek took three months through the dead of winter, the characters might arrive on the other side just as the first shoots of spring break the ground (a good thing, considering that their food supplies were all but exhausted on the journey . . .). Be as loosy-goosy as you want, or have set scales and calculate travel times– the choice is yours.  I’m a very particular kind of person. I have maps with detailed routes, and massive tables dedicated to estimated travel times on foot, on horseback, by cart, all depending on the weather. If you’re like me, here’s a resource for figuring that stuff out. And look! Ways the ride skill comes in handy.

Do you keep track of the passage of time in your games? How have you used seasonal features to generate great sessions? 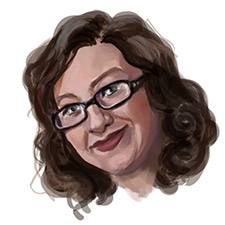 4 Responses to The Wheel of Seasons