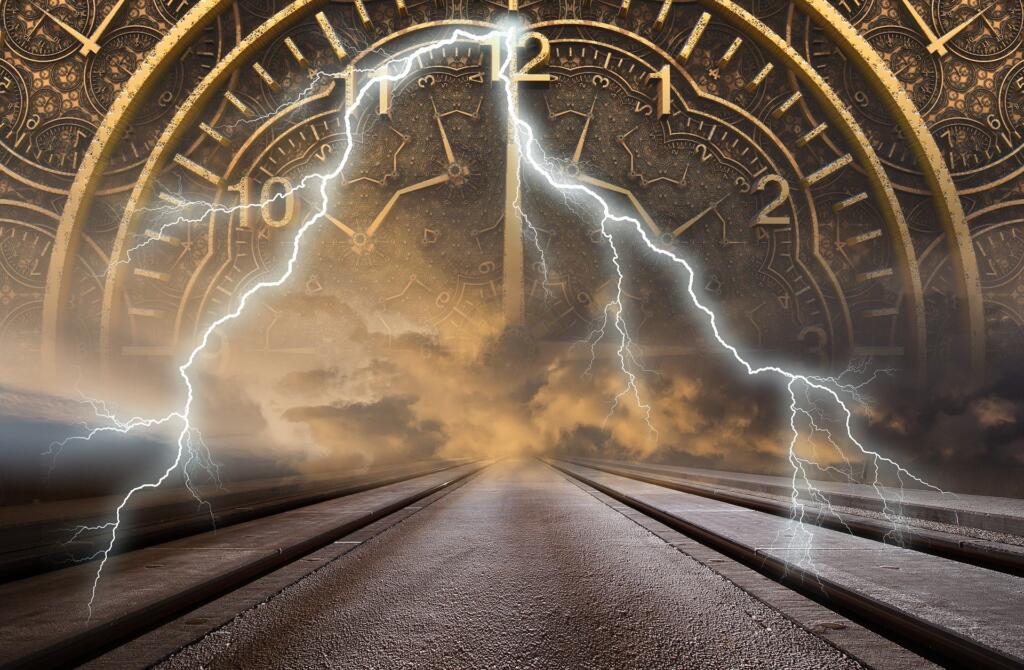 A long time ago… No. Even longer ago than that. Yes. That far back. We’re going to change reality for that long ago, and that change is going to ripple forward into the current time.

Let’s put on Phil’s “definition panda” hat for a moment and throw out the meaning of “retcon” really fast. A retcon is a piece of new information that imposes a different interpretation on previously described events, typically used to facilitate a dramatic plot shift or account for an inconsistency. Basically, it means that we’re going to give a new understanding of past events in order to change them up some to free us to move forward in the current storyline that we have going on.

One of the earliest retcons in literature is Sir Arthur Conan Doyle resurrecting Sherlock Holmes from his death at Reichenbach Falls by claiming that the whole series of events was a clever ruse pulled off by Holmes to stage his death.

As an author, I have an advantage of being the sole controller of the story being told. That’s awesome because I get to make up the rules. If Marcus Barber (my protagonist in my Modern Mythology series) dies, he rises from death 3 days later, is weak as a baby for another 3 days, and then gets to go on about his immortal life as a bounty hunter. Pretty cool, huh? What happens if I kill him and I need him alive and well a mere 2 days later? Too bad. Can’t do it without a serious retcon to my entire character, and I’m not allowed to do that.

Â As an author, I have an advantage of being the sole controller of the story being told.Â

I’m certain if I tried, my editor, continuity readers, publisher, and possibly even a few fans would show up at my door with torches and pitchforks in hand. Well… maybe not, but those 1-star reviews would certainly pour in!

However, at the RPG table, retconning does happen from time-to-time, and it is more acceptable to do so. There are several reasons for this.

The main one is that RPG storytelling is a shared narrative. One player may forget (or may have been absent for) certain events and make a decision based on a “false history.” If this false history is more cool or compelling than the real history of the tale, then a quick retcon can flip-flop things around and make this false history now the true events of what actually happened.

RPG storytelling is a shared narrative.

Another valid reason for slipping in a retcon is the fact that much of the storytelling is improv. If the GM or player has to make up some fact about a location or NPC on the fly, they’ll usually do a pretty good job of it. However, given even a few minutes of time to reflect on the statement, a better idea can come along. That’s when a quick pause of the game can help. Then the person can quickly retcon their statement of fact into something a little different.

Â A retcon should be exceedingly rare.Â

Honestly, I think the GM has the final call on this, but players are certainly free to throw out ideas for retcons. The reason I say the GM has the final say is that she may have some prepped material based on a past event, location, or NPC. By making changes to the past, this can screw up the GM’s future plans. If the GM denies a retcon, then she probably has a really good reason for it. As a GM, it’s also okay to say something along the lines of, “I have plans for that. Let’s not change it, please.” As a player, respect that.

Actually implementing a retcon should be exceedingly rare because then things get all squirrelly with timelines, events, past notes, and recollections. Do it too many times, and you get a mind-bender of a history for your characters that will more closely resemble the movie Inception. Only do it if really necessary, not just because a “cool idea” came along. The more distant the past event is in the game, the more difficult it is to retcon that event. If a decision is merely a few minutes old, then retcons are more easily implemented because their impact waves haven’t been felt yet.

Have you ever retconned in a game? How did it work out for you? I’d like to hear from our readers some examples of how this went well… or not.