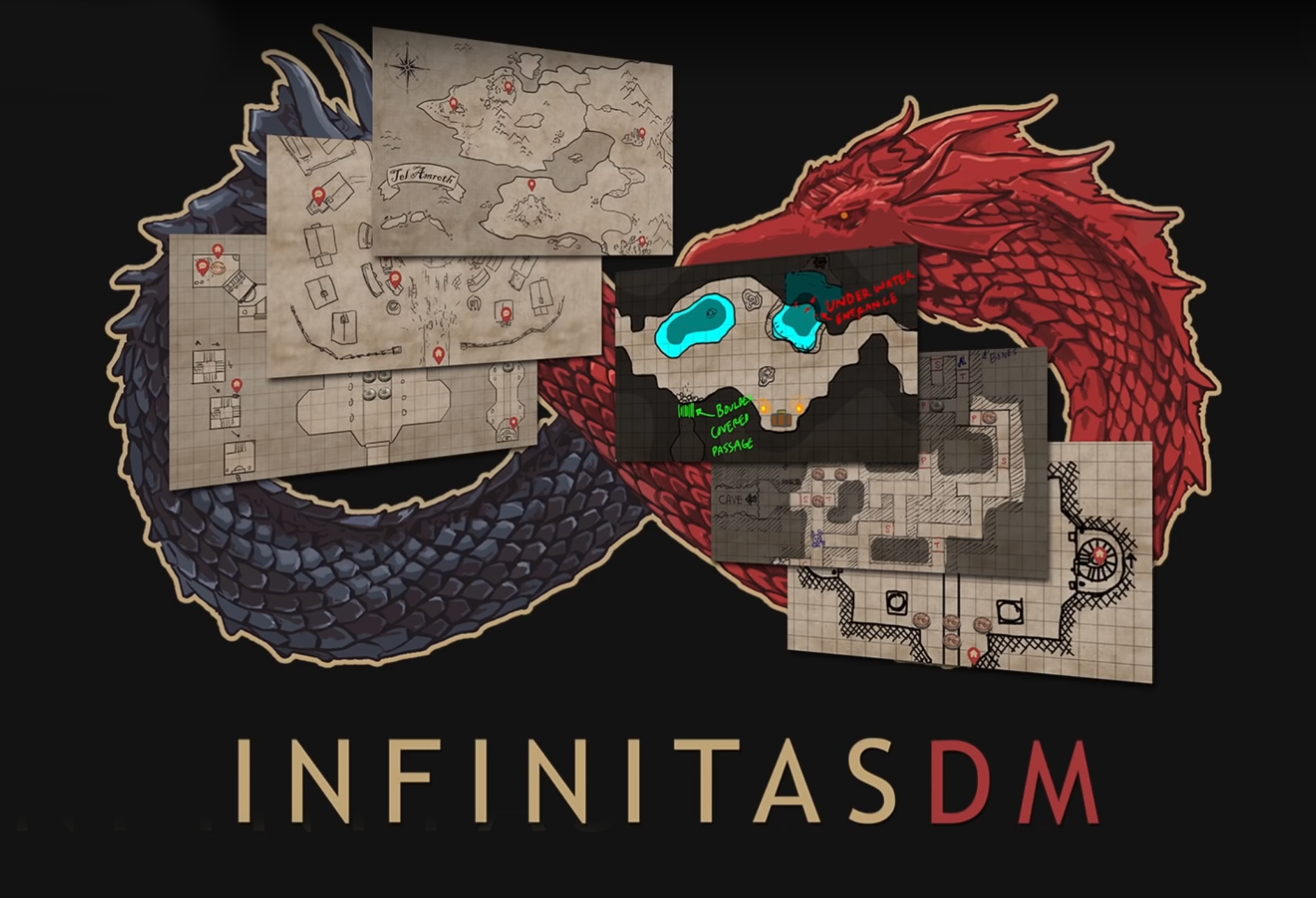 Around 9 or 10 months ago I built myself a portable, digital map solution. A TV that was on sale, a wooden frame, a piece of glare-resistant plexiglass and an HDMI cable later and I was able to stop making illegible scribbles on vinyl and hope my players understood that this scribble was an epic statue of the demonic entity they fought and not another scribbled tree. For a prep-lite game master like me, this was a great solution. I could buy map packs online or find animated maps from places like Dynamic Dungeons and suddenly have incredibly fleshed out worlds visually represented for my players. While I’m not a manual artist, I am fairly passable with digital programs and can make maps through Photoshop or the incredible Inkarnate program. There was just one problem left to be solved.

It seemed like a simple problem, but one with surprisingly complex solutions. There were various programs out there that worked well with things like digital maps and fog of war, but none of them were really aimed at a local playing space. I could just mirror my screen and show all of the map at once, but then games that benefited from tactical exploration (like dungeon crawls) didn’t feel quite right. I could load them up into photoshop and add a fog of war layer, erasing as I went, but then I had to remember exactly where the areas were. I could use a program like Roll20 and have a second player that ran the map, but that was a hassle. I could use something like the wonderful RPTools suite and have a local second player, but then I couldn’t control the player map with ease. Finally, the answer came in a program I backed a long time back but somehow never managed to do a deep dive into – Infinitas DM.

Why Infinitas DM Fit the Bill

Infinitas DM is on android, Apple, and available through Steam. Way back when I had opened it up and played with it a bit, but somehow didn’t really dig into what it could do. I would attribute this to the one failing I find with the program – the documentation. When I had done my initial tests with Infinitas, it felt much more like a campaign and world management software (which it can be, kind of). It didn’t seem to truly do the mapping I had wanted. Combined with that, it seemed built primarily for use on tablets and other mobile devices. The controls were some-what intuitive, but my input was a laptop and somehow it just didn’t click that this was exactly what I needed.

While Infinitas DM has a lot of other options, the one thing I personally needed was the ability to load a map from a JPG, cover it in a fog of war, and then project it easily onto another screen without revealing my laptop. That way, my players couldn’t see my digital notes and I could not worry about someone else controlling the map. Infinitas DM delivered on this and more once I started to use it. With Infinitas, you can just load up a map and add your fog of war. When it projects to the other screen, you still control it from your main screen with ease. 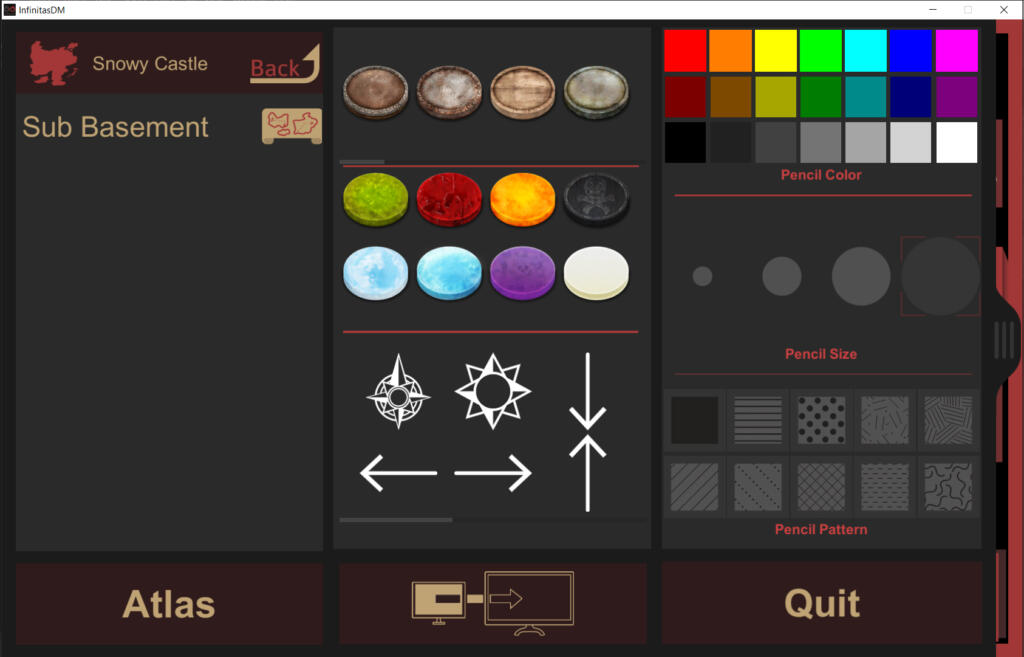 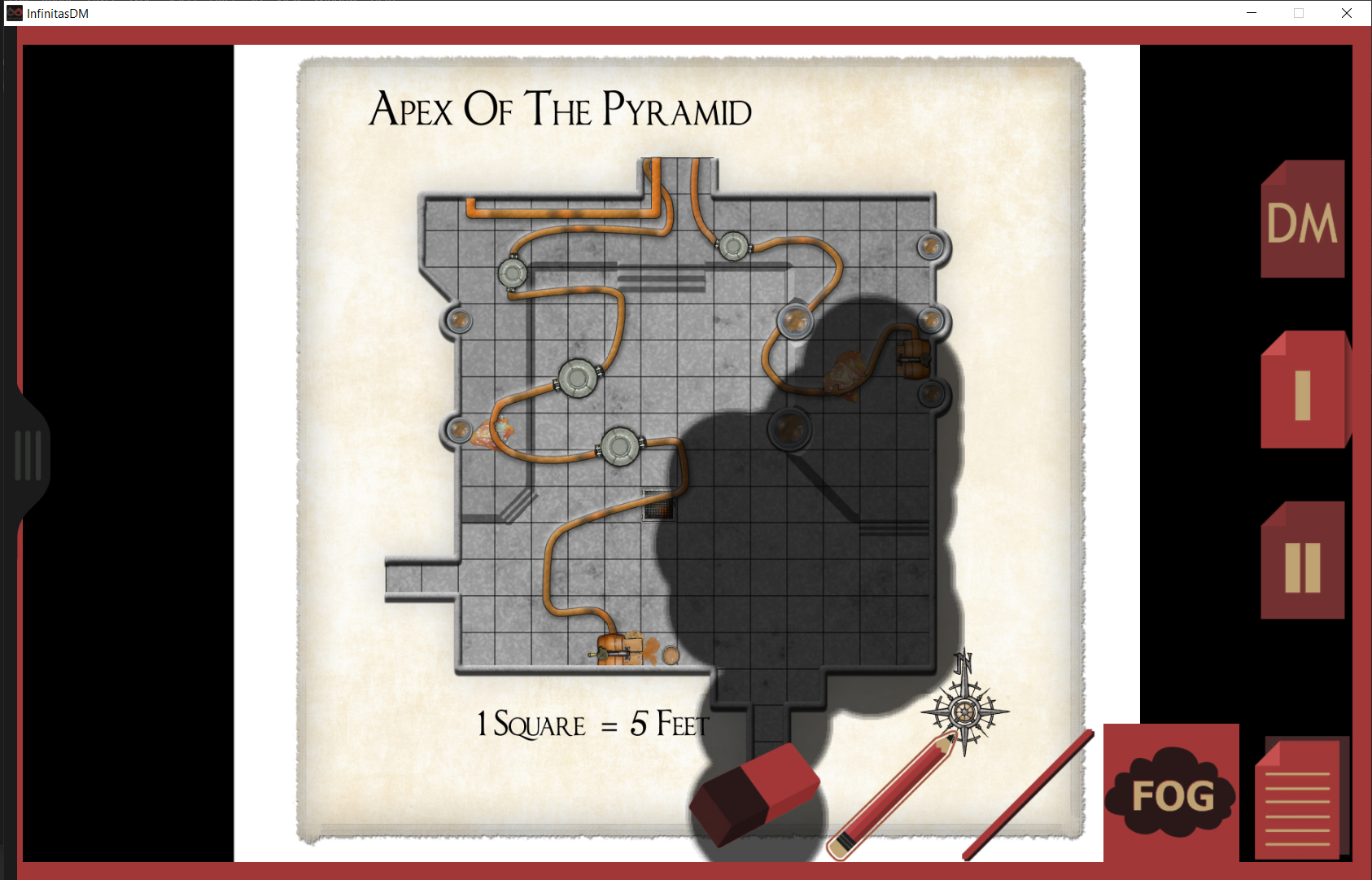 Fog of War from the GM’s view 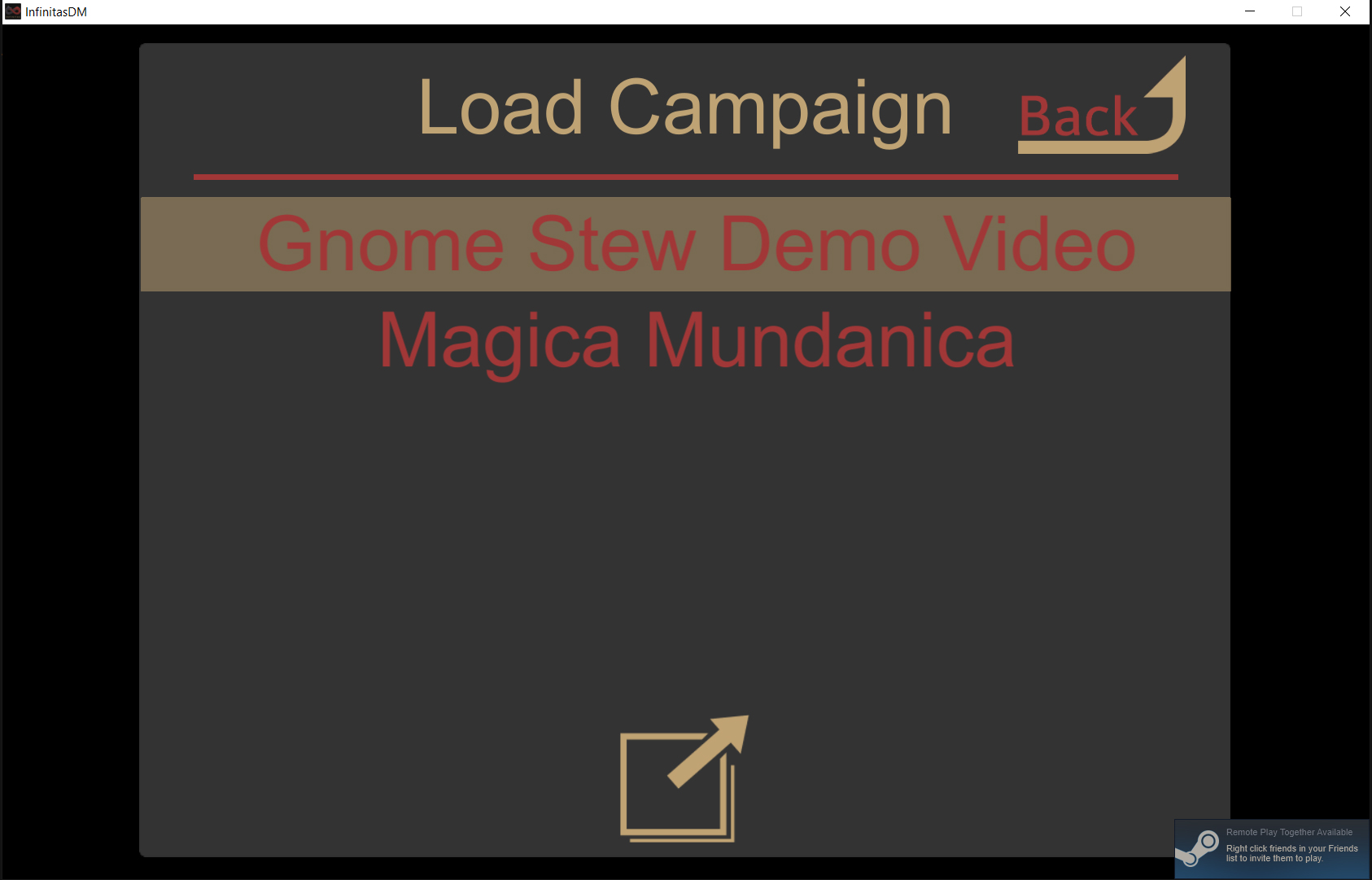 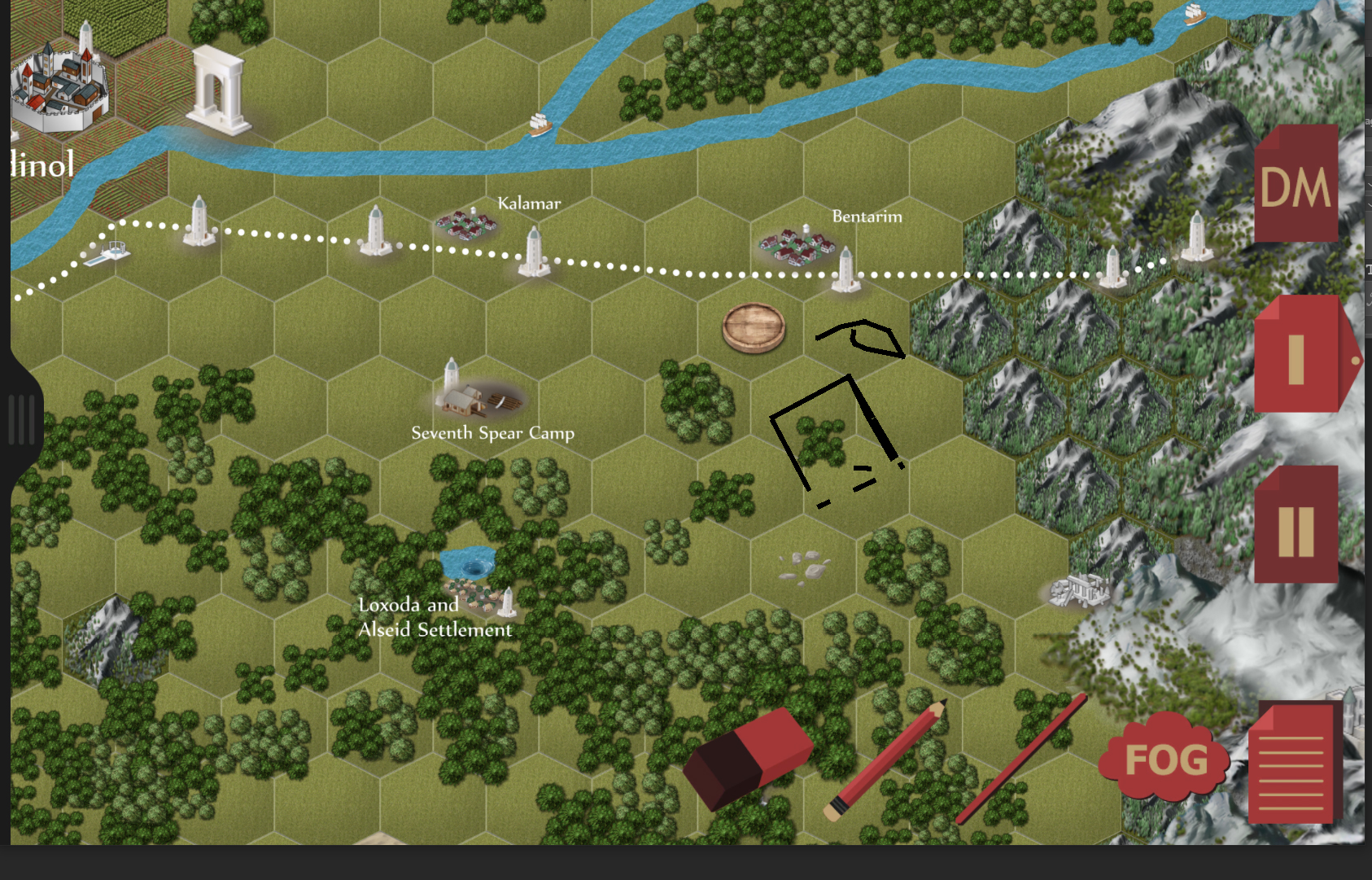 Scribblings On A World Map

While I’ve included a few screenshots here, this is something that will benefit from some show and tell. Here’s a screencast showing my Infinitas DM setup and how easy it is to load up maps. Hopefully this article and video helps you all if you’ve got a similar usage scenario as I do.

3 Responses to How Infinitas DM Saved My Digital Mapping