Homebases and you: A GM’s guide to creation and destruction

I’m going to go visit my parents in a few weeks! They live in California, where I grew up. I haven’t seen them in a bit over a year, now – we’ve done holiday things well after the holidays as a family since my brother and myself were no longer living in the same state as my parents. The rest of my family is spread all over the United States – as well as a few other countries.  Going home has always been a time for me to eat too much, relax more than I can otherwise, and re-connect with the people who raised me.

This makes me want to talk about PCs – and giving them a home base. You’re welcome to ignore everything in here if you’re running the kind of gritty survival horror game that keeps the PCs on the road for the entire campaign, but for most games I’ve played in and run, there’s a home city – or town, or plane of existence – that the players have as their very own. They get to decorate it, describe it, and plan things from there. If you haven’t worked this into your games, I’d suggest you do.

Some games work this into their core mechanics. Savage Worlds’ Necessary Evil has an edge for a lair. Mage: The Awakening  has a multi-level merit for buying a safe space, away from the world. Dresden Files allows for players to build the world around them – encouraging homes and other common spaces in which they’re already invested. Crime Dramas feature the precinct to organize, sci-fi shows have their home ships to receive missions, and villains get their shady den from which to play cards and have fights.

In narrative structures, like episodic TV shows, these are important places. They allow for downtime, the receiving and transmission of information, and personal touches. In movies, they’ll feature less heavily, since the action all has to take place elsewhere – unless it’s an epic journey. Then the main character will return to see their home trashed as a means to spur them to action, or return to reflect on the changes their time away has impressed upon them. In videogames, this often serves as a way to consolidate all the useful NPCs into one central area – blacksmith and healers, all in the same load screen.

So what does that mean for you as a GM?

Well, listen up. This part is fun. Allowing your players to have a homebase (and encouraging them in building one) gives you a whole new spectrum of things for your players to want, new ways for you to toy with the party, and hours of entertainment that you don’t necessarily have to plan. 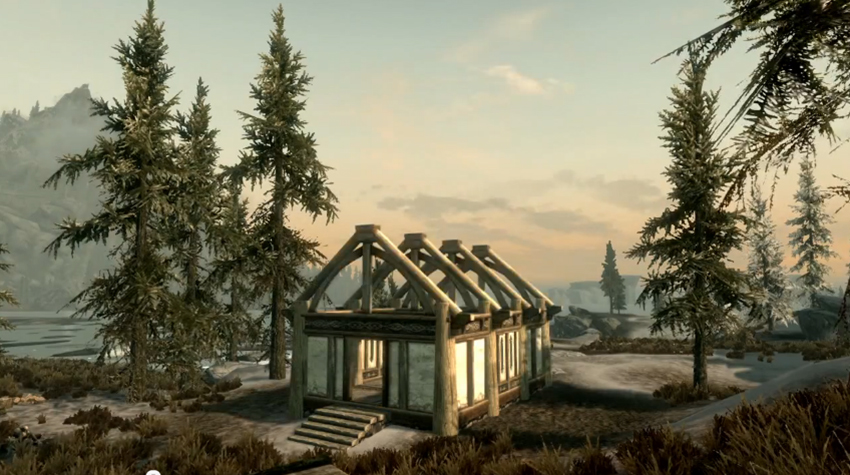 A tiny player base.

If you start with a bare-bones base – a ruined keep they were gifted from a quest-giving lord, or a derelict starship no one else lays claim to – if they’re interested, you can send them on quests to ‘level up’ their abode. It becomes another way to get the party moving while being invested in the outcome. Sure, Lord Muckington can tell them that the peasants are beginning to revolt in Shiretown, but they may not give two hoots about that. But if need a stonemason to repair the walls of their crumbling castle from the inevitable bandit raids, when they arrive to find said stonemason embroiled in local politics, they’ll have to do something. Needing a particular craftsman NPC is a good way to get even the most murder-hobo party to not murder necessarily everything in sight. And for parties that are more politically minded, having sympathetic NPCs that need recruiting can be a great way to introduce new factions – and perhaps get the party into some hot water they weren’t expecting. If your blacksmith is actually the son of the leader of a rebellion against the current King? You’ve got reason to have some Royal Legion come knocking – and a new realm of difficulty for the players to navigate.

It also allows the players to build their own homes the way they want them – Skyrim did some amazing things with their Hearthfire expansion in regards to this. Different towers, storage rooms, and basic living areas can be built – with the right kinds of resources. A kitchen’s easy enough, of course, requiring just the basic materials. But perhaps you let it drop that only a certain kind of mineral from a far-off planet can be used to built a Galactic Gate? 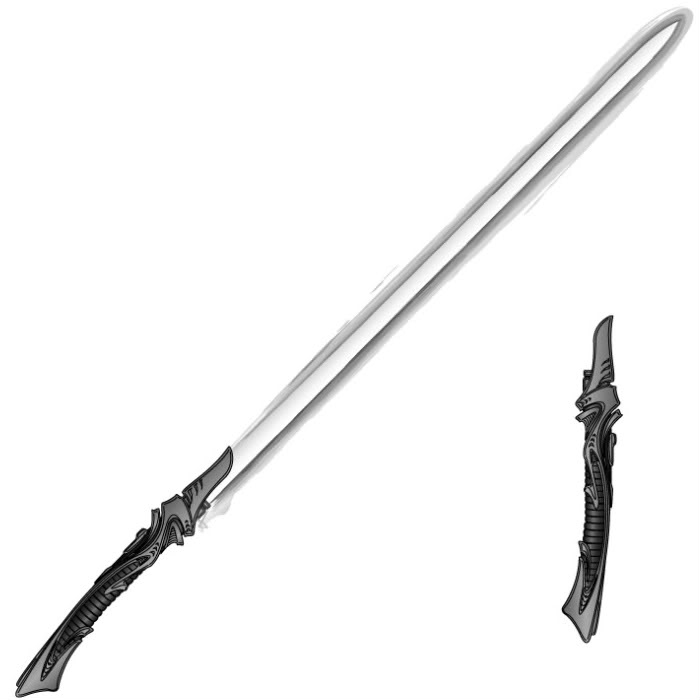 You want a silver lightsaber? Screw you, go questing to get it.

If your players want that, they’re going to have to go questing for it – setting them up to run through the precise adventure you’ve planned for them, without having to hope that they bite at your plot line. Suddenly, the rare ore from a far-off planet becomes a central plot line for a few sessions, whereas before, they may not have had the gumption to get off their butts to do much else besides bicker in character.

Allowing your players a customizable home is fantastic. You’ve already got them to run some jobs the otherwise would have turned down, they’ve met some NPCs they’re just now getting to know, and now they’re cooling their heels in-between jobs. This is my favourite part. Now? They get to decide what their home looks like. And what it is. You gave your players a keep – did they turn it into a highly defensible fortress, complete with turrets and murder-holes, a moat with monsters, and traps galore? Or is it a hub for researchers to access the vast library they’ve built, complete with rare tomes brought back from adventures? Seeing what your players focus on building can be a real eye-opener as to what they want to focus on in their gameplay.

It also gives downtime to PCs that they might not otherwise have – feeling safe, IC, can lend itself to resolving issues between party members that may have lingered on the road for campaigns. When the Mercenary catches the Diplomat in a free moment while the rest of the party is devoted to training at their shooting range, the space that you’ve allowed them to build can shape the interactions they’ll have. Even sometimes as simple as knowing where the kitchen are (third level, past the maintenance office and to the left) can vastly increase a player’s immersion in a world that isn’t their own, allowing them to feel more invested in the game you’ve built.

And making a space in which your players are invested, feel safe, and can freely explore their interests means it will hurt that much more when you burn it to the ground, later. 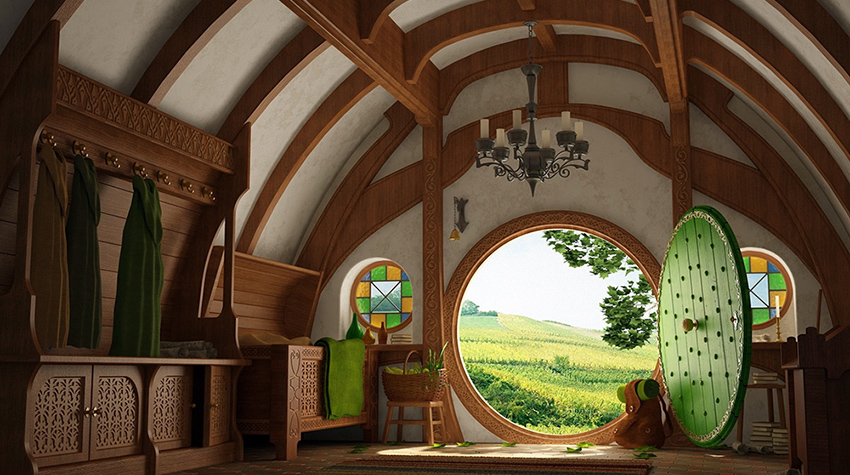 Because when this catches on fire, players freak out.

Or blow it up with cannons. Or infiltrate it will a super-deep-spec-ops team bought by the Big Bad Evil Guy. Or even when the villain herself shows up, waiting for them in the mess hall, a kettle on the boil and a smug grin on her face. That’s not to say you should blow it up – not without a lot of advance warning, especially if they’ve poured time and in-game resources into the place. But threatening something that the PCs have invested in is a wonderful way to get a call-to-arms out of a party. At the first hint of smoke blowing their way, they’ll attempt to find a fan. In a game where the PCs can buy the ability to mask their lair from prying eyes, having the BBEG drop in to gloat and then leave while giggling will make the PCs paranoid, going over every inch of their security – but will also encourage them to research the BBEG’s abilities – letting you drop in lore and backstory at your leisure.

So what does this give you, as a GM? Well, it allows you to give your players cookies for jobs well done. It gives you a space to tie your plot lines into direct rewards for a party without railroading a course of action. It lets you take a step back and observe the dynamics of your players without being obvious about it. And moreover, it’s really rewarding when a player hands you a sheet of graph paper with the layout of their base drawn on and asks for your approval of all the new additions. It’s a great way to tie a direct link between what the characters do and what they get. A sword can help with an adventure, but a whole starship they call home?  The rewards as a GM and as a player transcend mechanics.